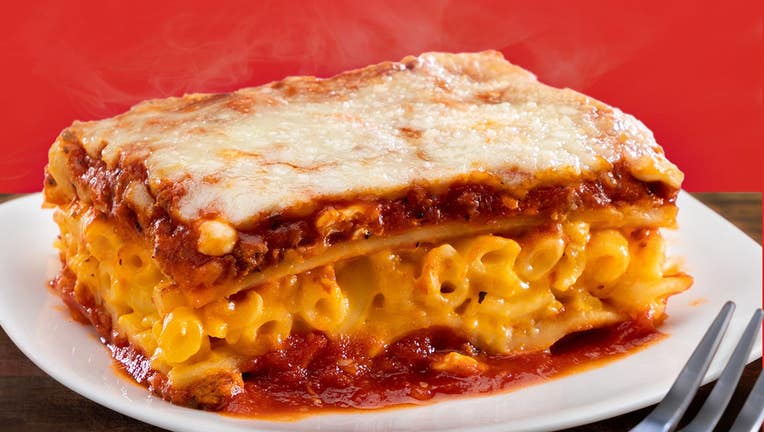 Who has time to eat lasagna and mac and cheese separately?

Food combinations is a trend that has recently taken the culinary world by storm. While condiment companies have been filling containers with different sauces and toppings, the world of microwave dinners is about to get combo-ed.

In a press release, Stouffer’s announced a new microwave dinner that combines lasagna with macaroni and cheese. The new dish, called LasagnaMac, will be exactly what it sounds like: a lasagna with a layer of mac and cheese in the middle.

Stouffer's describes it as the "ultimate comfort food."

Megan McLaughlin, brand marketing manager for Stouffer’s, said, "Bringing together two of our best-selling products is a simple way to express the intent of our new marketing campaign, Happyfull. We worked to create a recipe that will make our fans feel both happy and full. LasagnaMac is a great example of how our innovation is anchored in consumer obsession – and not to mention, it's incredibly delicious."

The combination item will only be available for a limited time this summer. According to the press release, Stouffer’s will announce how fans can try the combo item on its social media.

This is just the latest food item to combine popular flavors.

Fox News previously reported that Heinz was spicing up its hybrid sauce lineup with the debut of two new condiments –Buffaranch and Sweet Ketchili sauces. A spokesperson for Heinz confirmed the additions to Fox News in late March, sharing that both flavors are currently rolling out on store shelves in the U.S.

April snow the likely cause of I-41 pileups, 1 killed

A stretch of I-41 in Washington County was shut down in both directions Wednesday because of at least 20 different crashes as snow fell. Two of those scenes were massive pileups, and a 37-year-old woman died.