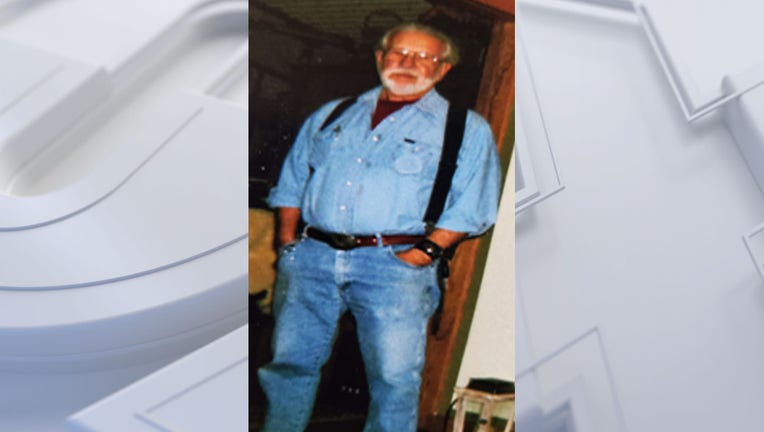 ST. CROIX COUNTY, Wis. - UPDATE: Marshall Warner has been found safe. Thanks to all who helped reunite him with his family.

The Cornell Police Department is asking for assistance locating the 82-year-old man who was last seen Friday, Jan. 1 around noon in the Town of Forest in St. Croix County, Wisconsin.

He normally travels on Highway 64 from Cornell to Forest, Wisconsin through Chippewa, Dunn, and St. Croix Counties, according to police.

Marshall is described as being a white male, 5'10", 180 pounds with white hair, a white beard and hazel eyes. He has a tattoo on his forearm that says "Mule Skinner." He was last seen wearing a black leather jacket, blue jeans, and black cowboy boots and possibly a blue button up shirt.

Marshall is believed to have cognitive impairment or dementia.

Marshall does not have a cell phone and the direction of his travel is unknown as he has been missing for 24 hours.

If you have seen Marshall Warner, you are asked to contact the Cornell Police Department at 715-239-3707.