With a statewide mask mandate taking hold on Aug. 1, not all law enforcement agencies in southeastern Wisconsin are approaching enforcement the same way.

WAUKESHA COUNTY - Some Wisconsin sheriffs, including those in Waukesha County and Racine County, say they're not going to respond to calls about people breaking the mask mandate -- and people have already been calling 911.

Brookfield police will not be responding to calls about people breaking the mandate either. The City of Waukesha, though, will be handling things a little differently.

Waukesha police said they will be responding to calls from business owners who are having trouble with patrons who do not comply. However, if you're a business owner, they ask that you do not call 911 to report such violations.

Several other law enforcement agencies, including the Menomonee Falls Police Department, said they may respond to calls about noncompliance, but instead of writing tickets, they will first educate.

Other agencies said they are still waiting for more guidance from the state before share exactly how they plan to enforce the mandate.

FOX6 News is still waiting to hear back from several departments -- including Racine police -- about how they plan to enforce the statewide mask mandate. Another option for reporting violations would be to call the local health department as opposed to law enforcement.

Many sheriff's departments in Wisconsin electing not to enforce the statewide mask mandate.

The state legislature could still vote to block the andate, but not before people will be required to mask up.

If you're five or older — you'll need to mask up when inside public places with those who don't live with you.

“You may have the virus, you may be asymptomatic and may be spreading it,” Sen. Chris Larson said. 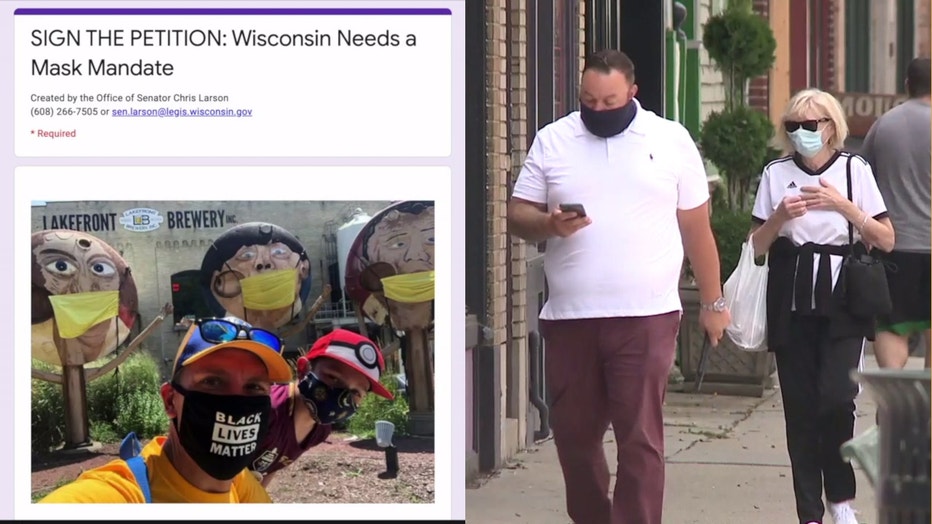 Republicans are fighting back.

The legislature can vote to stop the emergency Gov. Tony Evers declared Thursday citing a “drastic new spike” in COVID-19.

“Without quick intervention, there will be an uncontrolled spread of COVID-19 infections statewide, which will lead to unnecessary serious illness or death, overwhelm our healthcare system, prevent schools from fully reopening, and unnecessarily undermine economic stability,” Gov. Evers said.

State law limits declarations to 60 days, but he already called an emergency on COVID — and it ran out in may.

“For two-and-a-half months, he did nothing, except say that he lacked authority to act, and then now, right before the composition of the supreme court is about to change, he decides he has the authority that he has consistently been saying that he doesn't have,” Esenberg said. 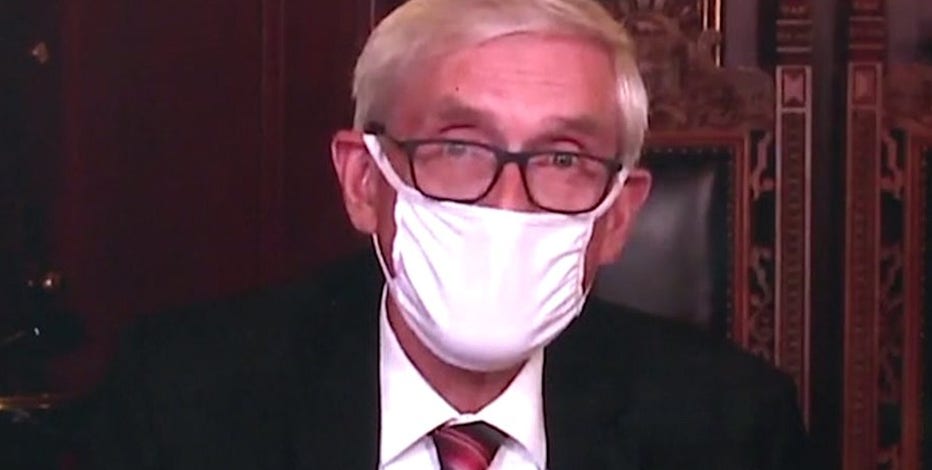 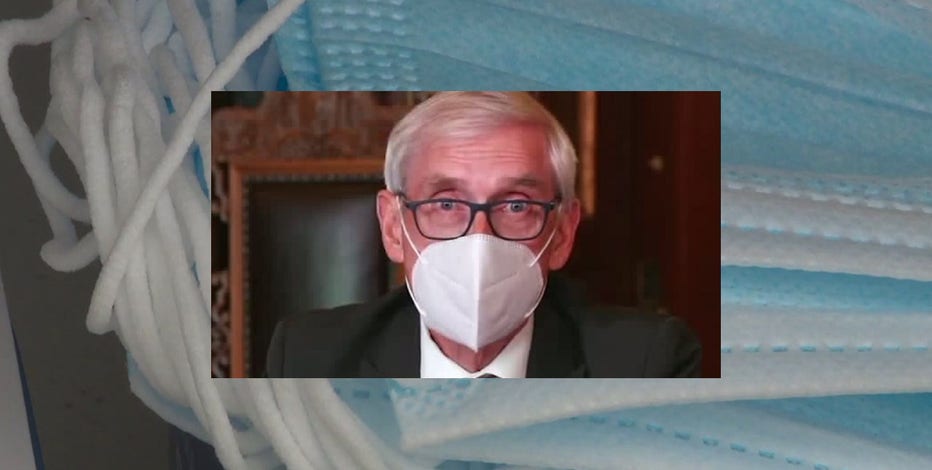