LaRhonda Little of Milwaukee is one such victim of identity fraud. She was laid off from her job in March and approved by DWD to receive unemployment insurance. In October, Little’s weekly benefit was unexpectedly rerouted to a bank in Ohio. 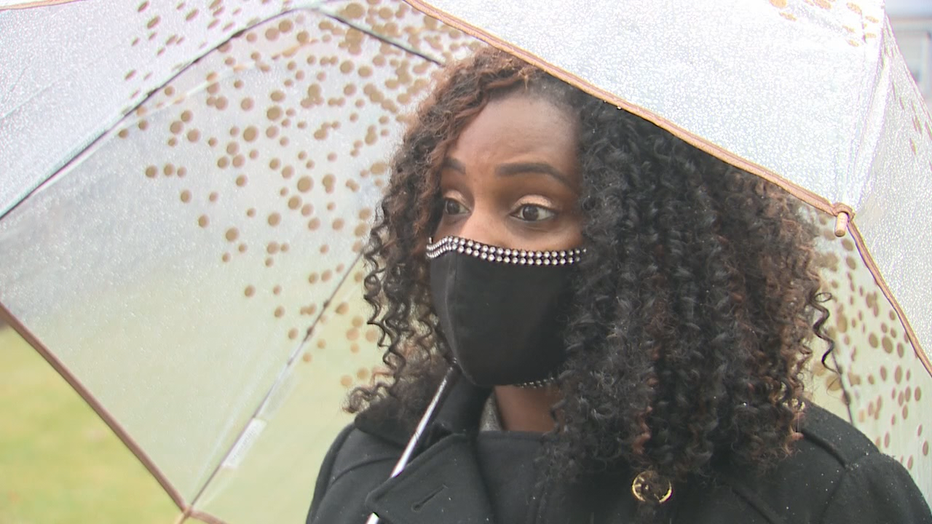 “Never have I banked there, ever, in my life,” said Little. 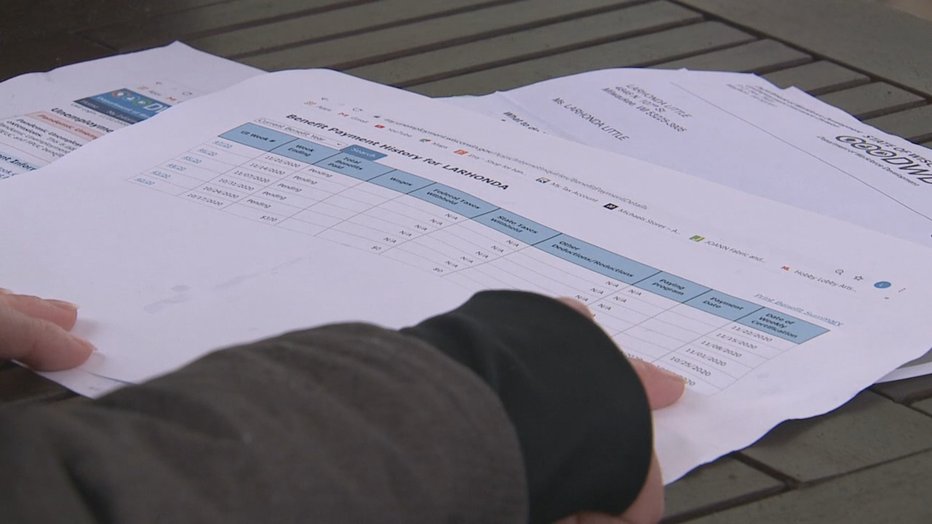 “So it's been about six weeks now that I've been waiting, and, of course, bills do not stop so it has been very frustrating,” Little told Contact 6 in November.

DWD confirms this is a case of identity theft. As of November 30th, DWD had identified nearly 8,000 fraudulently filed claims for unemployment and more than $6 million in possibly erroneous payments. It has paid $4.43 billion in unemployment insurance payments since March 15th. 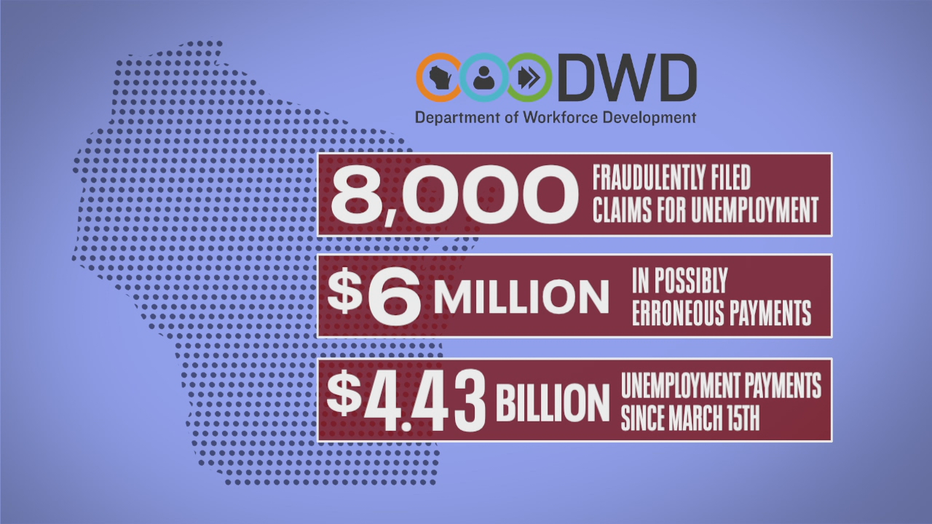 The Milwaukee Police Department confirms it’s investigating a handful of cases involving city employees. One detective tells Contact 6 investigations into identity fraud can take a long time to solve and lead anywhere in the world.

“I think whenever we have a crisis, such as this has come in the United States, there are always people looking to make an easy buck,” said Luke O’Day, a detective in the Milwaukee Police Financial Crimes Unit.

O’Day says the easiest way to investigate identity fraud is to subpoena documents to find out bank account information. This kind of theft investigation could lead them to an individual working solo or as part of a well-organized group. 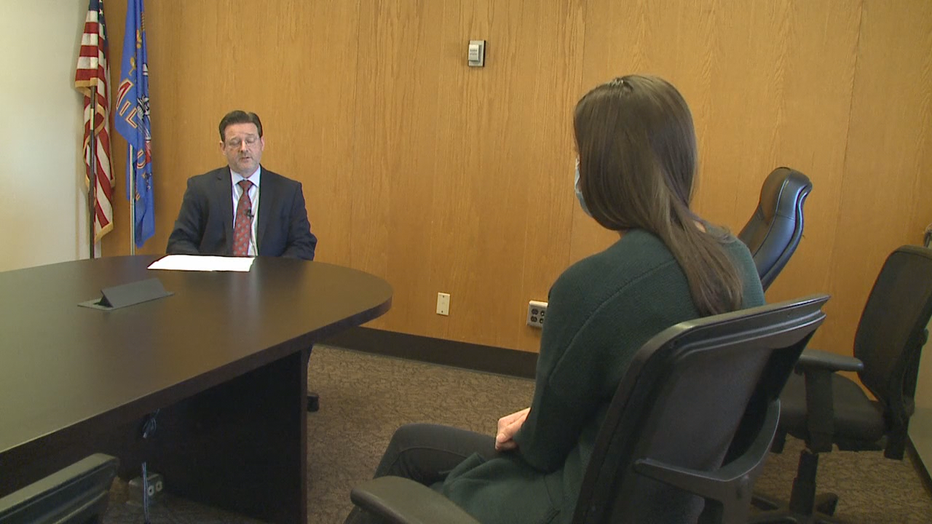 “They file high volumes of unemployment claims against the city and they do that in hopes that the human resources departments don't catch up with those claims for awhile,” said O’Day.

As for Little’s claim, DWD said it was “being worked on.”  It said “manual processing is needed … to process the payment and ensure the charging is done correctly.” 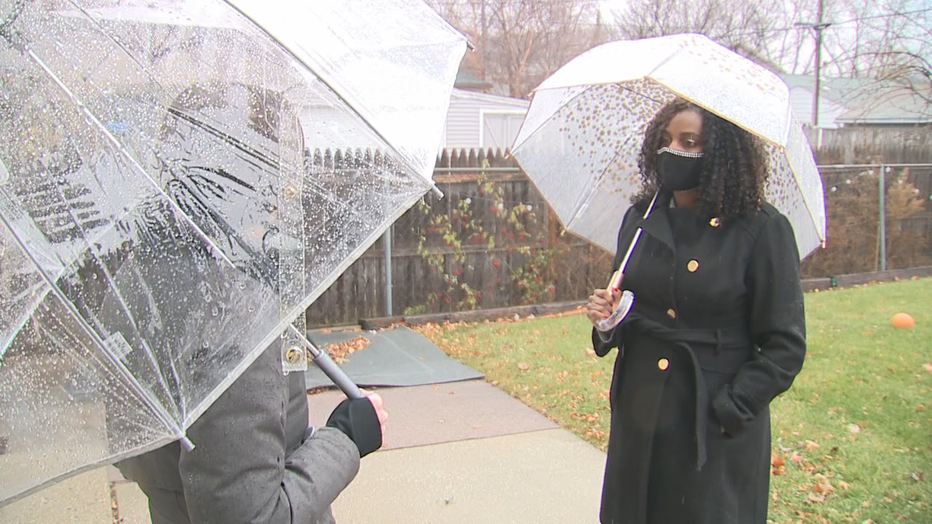 Since speaking with Contact 6, Little says her issue has been partially resolved. She has received most of her unemployment insurance payments but is still waiting on a few missing weeks.

DWD tells Contact 6 it has not been hacked or had a data breach. For more information on unemployment scams, CLICK HERE.

If you suspect you’re a victim of unemployment identity fraud, you can report the theft to the state by CLICKING HERE or by calling 800-909-9472.

Detective O’Day also recommends using a credit monitoring service through Experian, Equifax or Transunion, or Lifelock, and the following resources:

Statement from DWD on fraud:

"As of November 30, the DWD identified 25,089 Social Security numbers associated with suspect fraudulent activity. There were 3,939 unsuccessful attempts to access the online portal. DWD's fraud safeguards have prevented over $54,250,000 in possible fraudulent overpayments. However, DWD has identified 7,977 suspected fraudulently filed claims and over $6 million in possible erroneous payments. Investigations are ongoing and will confirm the exact total of erroneously paid benefits. Since March 15, DWD has made over $4.43 billion in overall UI payments, including through the federal FPUC, PUA, PEUC, and LWA programs."

As unemployment claims flood Wisconsin's system, there are two sides of the coin involving unemployment fraud: The victims of fraud and those who say they're falsely accused.