News that Cedarburg's Strawberry Festival will be canceled for a second year in a row has turned some in the city sour. Prompting a petition to circulate.

CEDARBURG, Wis. - The current COVID-19 trends are why Cedarburg's Strawberry Festival organizers said they are canceling the 2021 event.

A group of business owners, though, is trying to change their minds. Still, it may be too late.

Catherine Fleischer is one of the few furriers left in southeastern Wisconsin. Her boutique Elements Unleashed specializes in restoring vintage furs.

"We’re here to save what we can," Fleischer said. "If you take care of your fur properly, there’s no reason it can’t last you beyond your lifetime."

Fleischer is now turning from trying to save furs, to saving a festival.

"We’re Cedarburg strong, so to have us not show our strength and our warmth and welcoming is disappointing," said Fleischer.

Element Unleashed sits on Washington Avenue, the road through the heart of Cedarburg that in a typical summer gets shut down for two days to be filled with people during Strawberry Festival.

"CDC recommended that there be no large events," said B.J. Homayouni, Festivals of Cedarburg executive director.

Homayouni also owns a business on Washington Avenue, but she understands why the Festivals of Cedarburg Board made its decision Thursday to cancel. 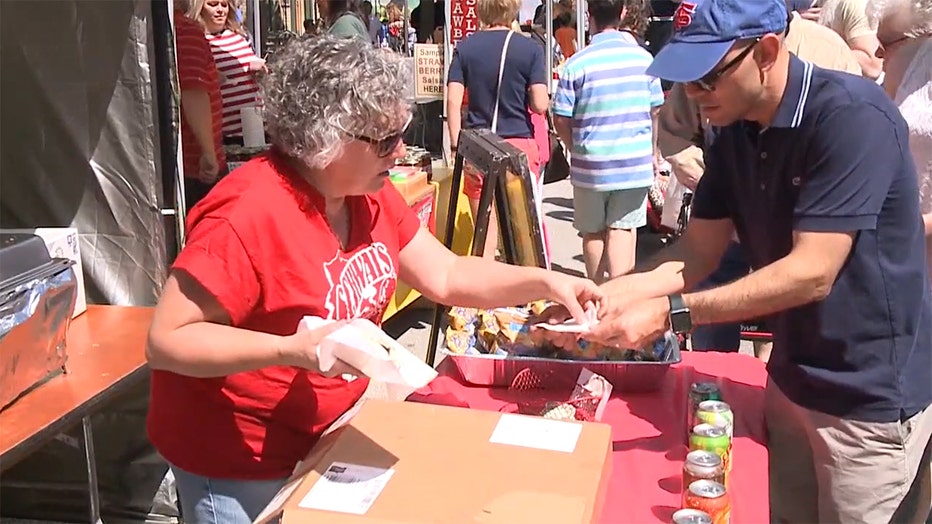 The news that there will be no Strawberry Festival for the second year in a row is turning the town sour.

"Some people crossed the line and went after me personally," said Homayouni, "We received threatening phone calls all day long. We’ve gotten a few nasty emails."

While some turned to hate, others turned to action. Elements Unleashed is working with The Shinery to distribute a petition to save the festival -- which might have a bigger impact.

"This petition is actually going to show us how much support we have for the festivals," Homyaouni said. "It may not change the decision, but it will show us how many people are in support of continuing the festivals as we move forward into the future."

The city's Wine and Harvest Festival in September is, for now, still on the schedule. Festival of Cedarburg also plans to host Oktoberfest in the fall.

Clement Avenue School and Starms Early Childhood are two of the 27 schools in the entire United States that are being recognized as Green Ribbon Schools.

The rescheduled dates for the 2021 North American summer tour were announced Thursday.