Customers who don't wear masks are asked to use the drive-thru or wait outside for their orders.

SEATTLE - Starbucks is giving pay raises to all of its in-store U.S. employees, one of several significant investments the coffee giant has made for its workers amid the ongoing coronavirus pandemic.

The raises will be implemented across the country by Dec. 14.

Additionally, the starting rates for all employees will be increased by at least 5%.

"For nearly 50 years, Starbucks has been a leader in providing relevant, industry-leading benefits and a total compensation approach that is best-in-class for both part and full-time employees," a Starbucks spokesperson said in a statement.

In March, the Seattle-based company announced it would continue to pay employees through May, even if they had chosen to stay home because they felt unsafe working during the pandemic. Starbucks is also allowing employees to take a leave of absence through March 2021 while keeping their existing benefits, including healthcare. 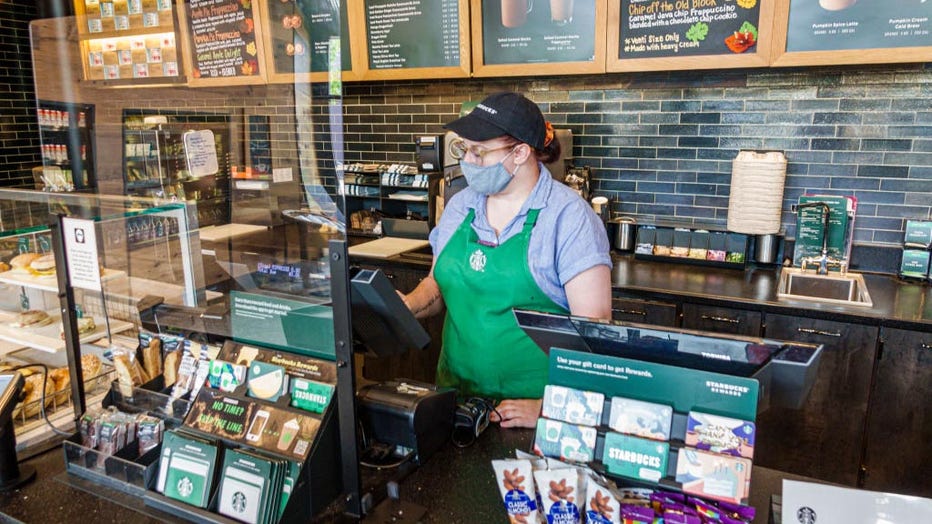 Other companies have used bonuses and pay increases to attract and keep frontline workers during the ongoing pandemic.

In July, Target permanently increased its minimum wage to $15 an hour. Amazon, where starting pay is $15 an hour, is offering sign-on bonuses up to $1,000 in some cities.

Hobby Lobby also raised its minimum wage to $17 an hour for full-time employees starting in October.

RELATED: More than $20K raised for Starbucks employee who refused to serve customer not wearing a mask