It all started when Ozaukee County Sheriff's officials responded to a report of a stabbing on Thursday, afternoon, March 6th.

A criminal complaint against a 17-year-old charged in the drug bust says four Port Washington High School sophomores were let out of school early on Thursday -- and reportedly all pitched in some money to "buy weed."

The complaint says they went to "Joey's" apartment to get the marijuana -- and then went to a location on Lovers Lane, where they smoked the marijuana.

The complaint says at that location, one of the boys threw a knife that hit another boy in the throat.

Sheriff's officials were dispatched to the area of I-43 and County Highway H in the Town of Port Washington for a report that a 16-year-old boy had been stabbed.

The stabbing victim was taken to a hospital in Grafton, and then transferred to Froedtert Hospital, where he was treated and released.

Meanwhile, Port Washington Police were able to locate a witness who had fled the scene of the stabbing.

A second witness was detained, and officials learned the stabbing incident had occurred on Lovers Lane Road in the Town of Port Washington -- and the suspect was still at large.

Officials responded to the 4700 block of County Highway H in the Town of Port Washington, where they took a 15-year-old Port Washington boy into custody for the stabbing.

That boy was referred to juvenile authorities for first degree reckless injury and delivery of marijuana. He is being held in juvenile detention.

Two 16-year-old juveniles and the stabbing victim will be referred to juvenile authorities for possession of marijuana.

The next day, Friday, March 7th -- acting on information obtained during the stabbing investigation, officials executed a narcotics search warrant on "Joey's" apartment in the 100 block of E. Woodruff Street in the city of Port Washington. 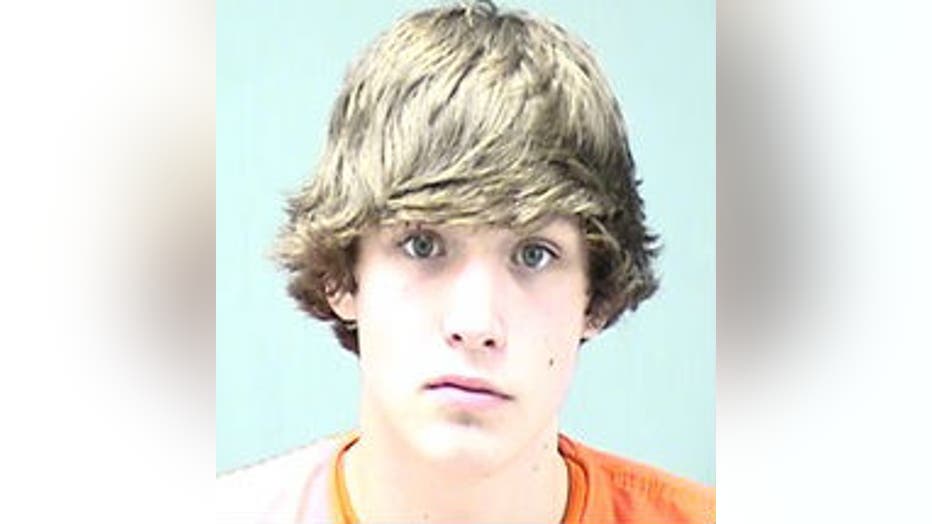 The 17-year-old boy, Joseph Gordon, has been charged in this case.

Gordon reportedly told officials his mother uses suboxone -- but usually stays with her boyfriend in Milwaukee.

"We found an assortment of marijuana paraphernalia, measuring devices, scales, money -- and it was obvious to us, in our opinion, that he is selling and has sold marijuana, and most likely to other high school students in the area. What's concerning to me -- a couple of things. Number one, there's violence associated with (this case). Typically when you have small amounts of marijuana, that's not the case," Lt. Rod Galbraith with the Ozaukee County Sheriff's Office said.

The three other juveniles taken into custody during the execution of the search warrant (the two boys and one girl) are being referred to juvenile authorities for possession of marijuana and possession of drug paraphernalia.

The seven juveniles and the 17-year-old (Joseph Gordon) are students at Port Washington High School.

Lt. Galbraith says this case is further concerning considering those involved are so young.

"Those are the types of situations -- kids that we'll be dealing with down the line that have gotten into harder drugs. I hope that's not the case," Lt. Galbraith said.