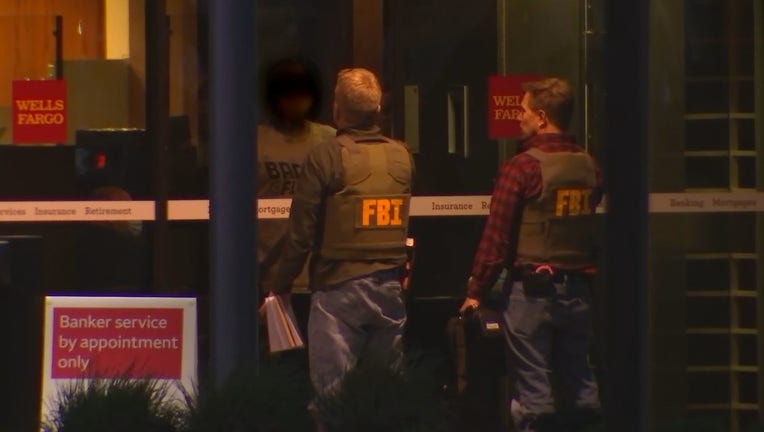 Members of the FBI appear to speak with the possible suspect in the hostage situation at the Wells Fargo in St. Cloud.

ST. CLOUD, Minn. (FOX 9) - Police say all hostages are safe and a suspect is in custody after an hours-long standoff came to an end Thursday night at a St. Cloud, Minnesota Wells Fargo bank branch.

Police and members of the FBI ran into a St. Cloud Wells Fargo branch Thursday evening, after the final hostage being held during an hours-long standoff made a run for the door.

How the hostage situation unfolded

Chief Anderson said at 1:48 p.m. the department received a 911 call from the branch manager at the Wells Fargo bank at 200 33rd Avenue South. The manager told officials he was concerned for the safety of his staff and customers because there was a man who was upset about a previous transaction.

Shortly after, the bank alarm went off, alerting police of a bank robbery in progress. 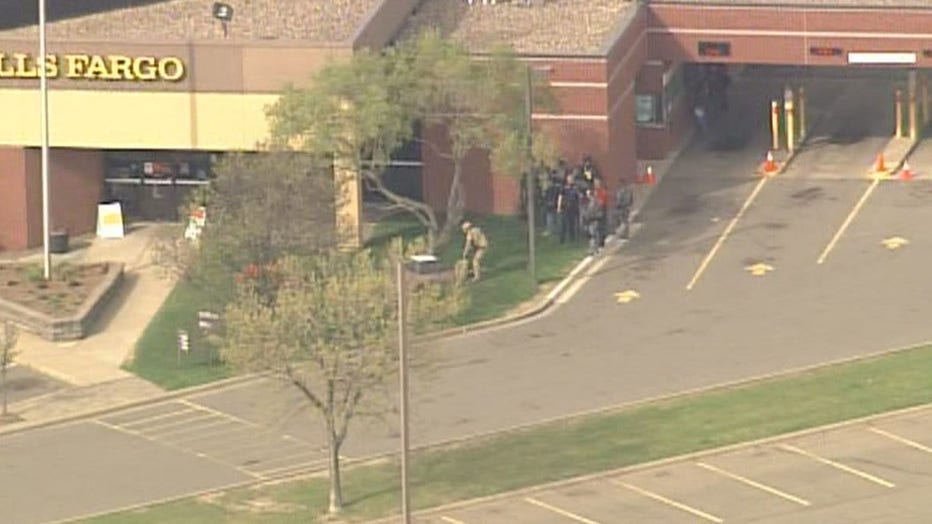 Authorities are responding to a reported bank robbery and hostage situation at a Wells Fargo in St. Cloud, Minnesota.

Witnesses told FOX 9 the suspect pulled out a gun and demanded employees take him into the vault. However, following a search of the building, police say a gun was not found at the scene.

Anderson said ultimately, five bank employees remained inside and became hostages. The suspect then asked for the police to contact the FBI for negotiations.

"Throughout the incident, we had contact with the suspect in every way possible, including writing notes and putting them up against the drive-thru window," said Anderson.

Anderson also confirmed the suspect went on Facebook Live during the hostage situation.

It was not until around 6:30 p.m. until FOX 9 saw a hostage being let go from the building and being escorted to a car by police. About a half-hour later, a second woman was escorted away from the building. In the following couple of hours, two more hostages were released.

Last hostage ‘made a run for the door’

The suspect and the final hostage remained inside the bank until 10:23 p.m.

While the suspect released some hostages, Anderson said others escaped.

"The last hostage that was being held, took his chance and made a run for the door," said Anderson. "As he was running towards the door, both tactical units, ours from the St. Cloud Police Department and the FBI tactical unit made a simultaneous entry and took the suspect into custody without incident."

At a press conference, authorities commended the collaborative work among the different agencies for a peaceful resolution.

"Sitting in the command post was literally like watching a symphony," said Anderson. "This is what collaborative efforts and relationship building are all about."

Suspect has criminal past

Chief Blair Anderson said the suspect is known to the St. Cloud Police Department and officers have had "numerous contacts" with him over the last decade. This includes violent crimes.

Anderson said the man was supposed to be in court on Thursday for a violent offense.

Stearns County Attorney Janelle Kendall said she has already reached out to the District of Minnesota U.S. Attorney's Office about the case.

For now, the suspect is being held on suspicion of bank robbery and kidnapping charges. He is in custody at the Stearns County Jail.

"The safety and security of our customers and employees is our most important priority, and we are incredibly relieved and grateful that the situation has been resolved with no physical injuries to any of our employees or customers. We are proud of our employees in the branch as they handled the situation extremely well, staying calm throughout the ordeal. We are appreciative of the work of the St. Cloud Police Department and FBI in reaching a peaceful resolution and will continue to do everything we can to assist authorities as they investigate the situation."