MILWAUKEE —  A FOX6 Investigation has found that kids with disabilities are dying in Wisconsin from abuse and neglect, despite repeated calls to child protective services.

It's a frustration shared by many who work to keep kids safe, including mandated reporters like teachers.

"I feel like I failed so much because I don't view my job as a teacher -- I view my job as also protecting them because they are disabled," says April Eckdahl, a special education teacher in Milwaukee. 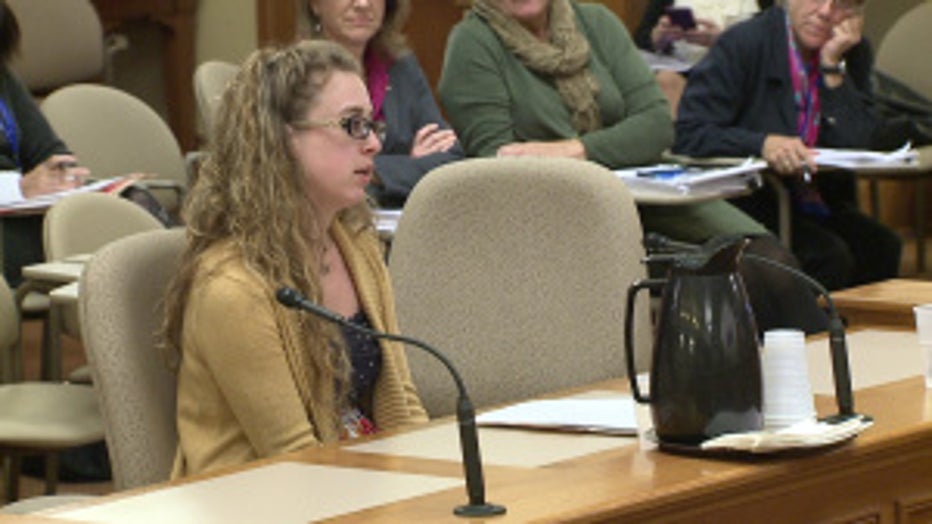 April Eckdahl, a special education teacher, testifies in Madison, urging lawmakers to give special consideration to the disabled population when considering legislation on child abuse and neglect.

"They need an advocate and I just feel really powerless even though I have done everything I can do. It makes me really, really worried about all those kids," Eckdahl said.

Our research got the attention of Disability Rights Wisconsin. 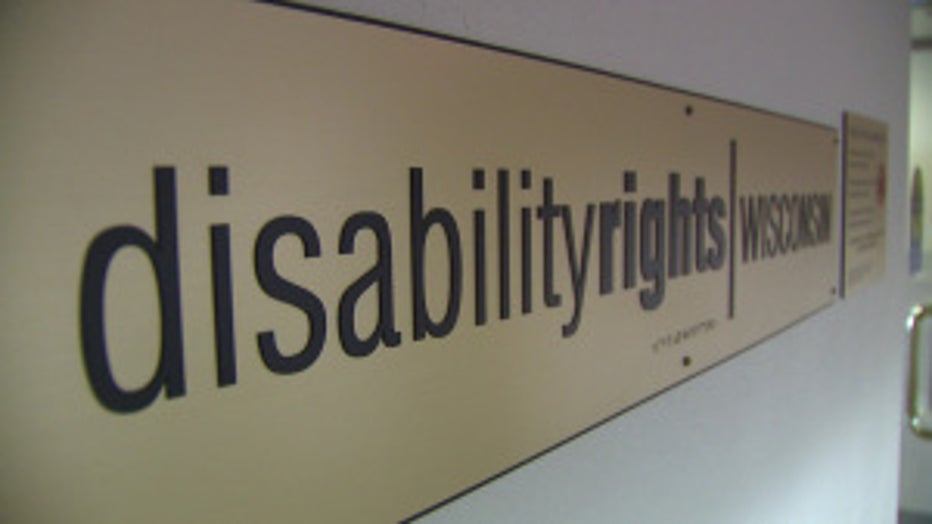 A boy with autism drowned while his mom got high.  A toddler with cerebral palsy overdosed on morphine.  A blind, paralyzed six-year-old was left in a scalding hot bath. A little girl starved, locked in the basement.

These families had previously been reported to CPS — sometimes dozens of times.  When FOX6 took a closer look we noticed most of them had one thing in common. The victims, children with disabilities, couldn't talk or had a hard time communicating. When that happened, investigations would stall, or be shut down altogether.

"If they can't have the kid, the student tell them -- literally say out loud what is going on, they just close it," Eckdahl says.

Eckdahl says she spent an entire school year trying to get the Milwaukee County Bureau of Child Welfare to help one of her students with autism. 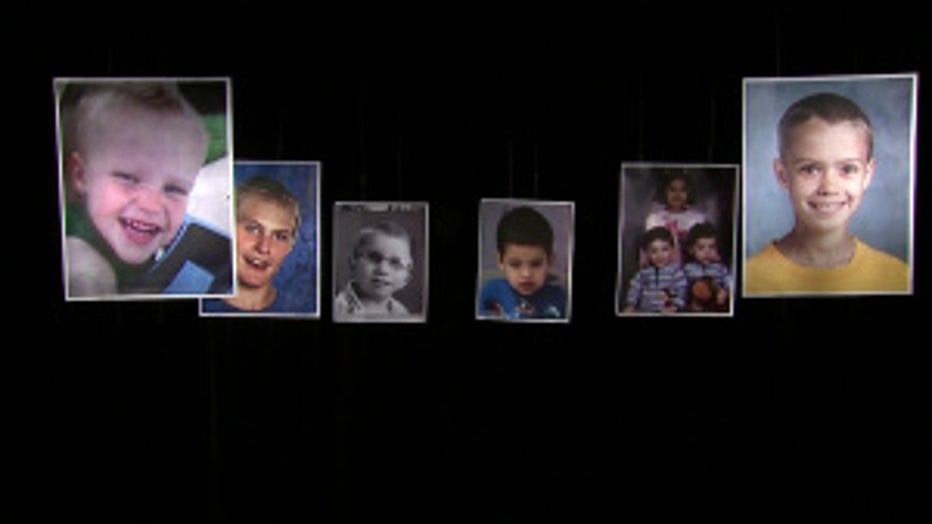 Before she became a teacher, she was a social worker.

"She is being sexually abused and nobody is helping her," Eckdahl said.

In the classroom, her eight-year-old student used Barbie dolls to tell her teacher what was happening at home.

"She turned Barbie over and put Ken on top of Barbie," Eckdahl says.

Then the student said, "and then boyfriend lays down next to me and says, 'I'm sorry.'"

Eckdahl says it was the worst thing she's ever heard.

"It's classic manipulation. Like, 'I'm sorry. I'm going to do it again later, but I'm sorry right now,'" she says.

Eckdahl says she reported suspected sexual abuse and neglect at least 15 times. When caseworkers would come out to the school, though, nothing would happen.

"It took me a long time to build that relationship with her. They are not going to tell some random person that they just met. They need to build a rapport with someone," Eckdahl said.

She says children with autism will often have a lot of anxiety. They will repeat themselves and change the subject to avoid talking about traumatic or uncomfortable topics. That's why, Eckdahl says, specialists should be brought in to interview these kids after allegations are reported.

"It appears that clearly there's no one in the room or required to be part of that investigative process that would have any level of expertise in communicating with a child with a disability that has difficulty communicating," Pugh said.

It's an issue that's now getting the attention of lawmakers in Madison.

One of those proposed changes comes with the Justice for Children package.

"The need for this legislation is now," Ozanne says.

The Justice for Children package is a series of bills, supported by Attorney General Brad Schimel, aimed at making Wisconsin kids safer.

"Many cases involving children with special needs indicate repeated calls to child protective services and in one fatal case there were more than 20 calls," Pugh testified.

While the legislation doesn't specifically focus on kids with disabilities, if passed, it would require Child Protective Services to get police involved every time abuse or neglect is reported.

"We are asking human services to actually share information with law enforcement and the prosecution," Ozanne says.

Remember the girl with autism in Brookfield, forced to live in her basement? Her family was reported to county child welfare agencies 40 times in eight years. It wasn't until a concerned citizen called police directly that she was removed from her home.

In Dane County, another teenage girl with disabilities was helpless and suffering.

Her family was reported to the Dane County Department of  Health and Human Services eight times, but nothing was done until police got involved after the girl was found wandering the streets.

"That is a problem," Ozanne says.

Eckdahl agrees. She says when she walked her student to her bus at the end of the school day she felt helpless.

"I feel like I am sending her right back to be abused,"  Eckdahl said. 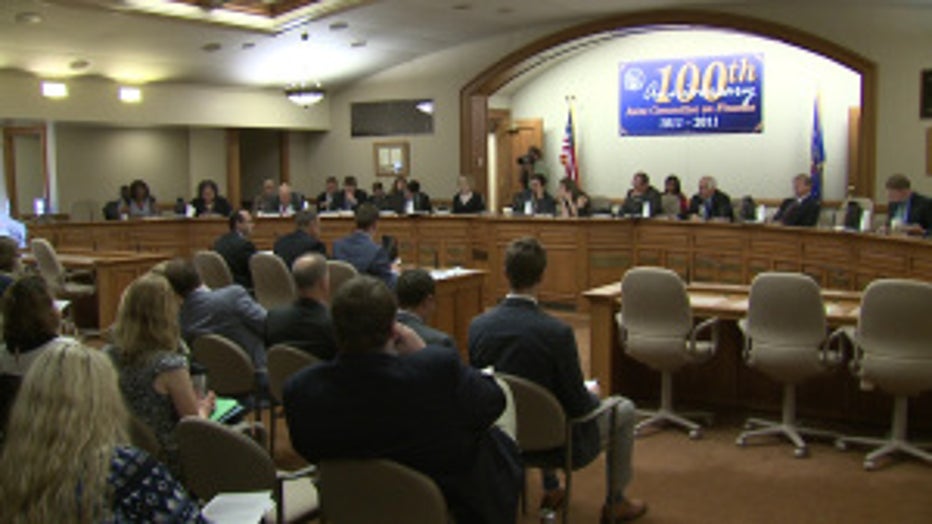 Eckdahl made a trip to Madison to advocate for her former student, whom, she says, is still not safe.

"This was a little girl with autism," she told lawmakers. "And she was trying to do the best she can to articulate to us, the people that she trusts, what's going on with her."

She told lawmakers what she's been trying to tell the Milwaukee Bureau of Child Welfare for a year.

Disability Rights Wisconsin has initiated an investigation to see if the Milwaukee Bureau of Child Welfare followed proper protocol when investigating the teacher's reports.

The organization also hopes to craft new legislation, to be introduced next year, that would specifically address the investigative process used in Wisconsin when victims of abuse and neglect are children with disabilities.