MILWAUKEE -- Opposition to Republican bills that overhaul the U.S. tax code came from Milwaukee realtors and local activists on Wednesday, November 15th, one day before Speaker Paul Ryan scheduled a vote on the House floor. 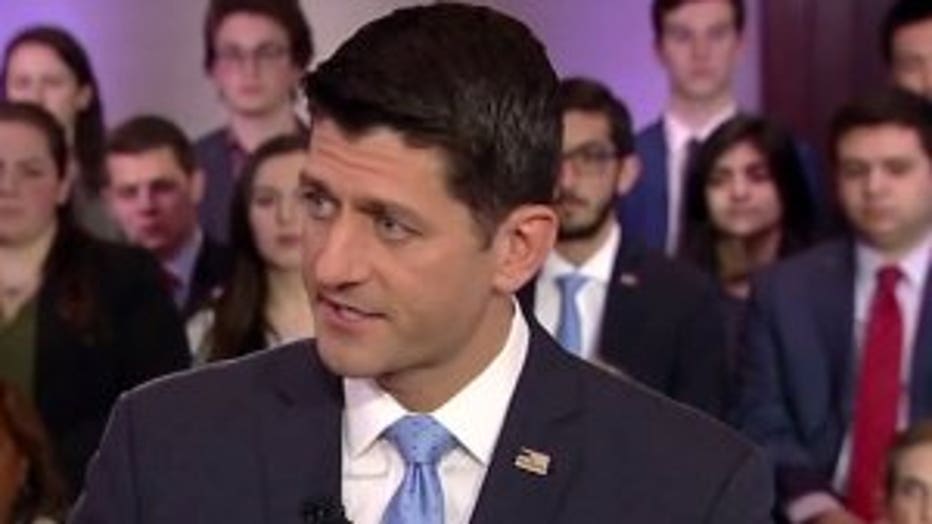 House Republicans are confident they have enough votes to pass their bill. But new problems surfaced Wednesday in the Senate, where Wisconsin U.S. Sen. Ron Johnson became the first GOP member to announce his opposition to the plan. And the House and Senate bills continue to grow wider apart, with Senate Republicans deciding to add a repeal of the Affordable Care Act's individual mandate into their bill.

"The average taxpayer in every income group gets a tax cut," Ryan said a day earlier during a town hall televised on Fox News.

"There are a lot of people who will be affected by it," said Mike Ruzicka, president of the Greater Milwaukee Association of Realtors. 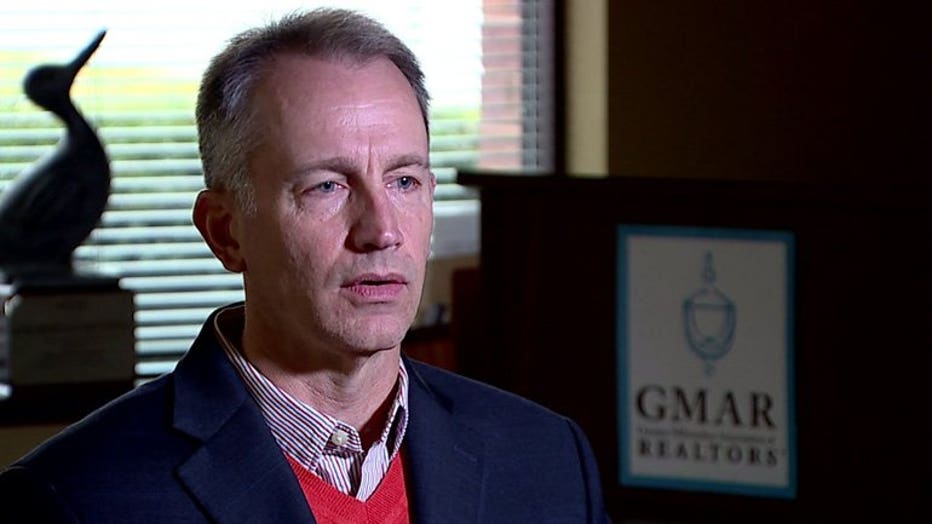 The standard deduction increases to $24,000 from $12,600 for a married couple filing jointly, which Ryan said will lead to a broad tax cut across income levels.

To pay for it, the House and Senate bills eliminate various deductions. The House bill limits the amount of home loan debt that people can deduct interest on to $500,000, while the Senate version would not allow people to deduct local property taxes on their federal filing. 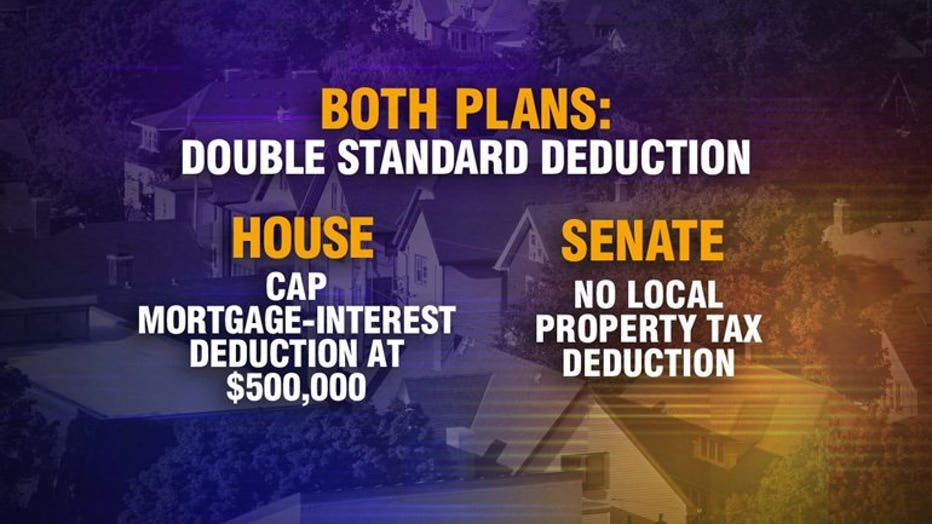 "At a minimum, we want to maintain the property values we have now, cause no harm."

"At a minimum, we want to maintain the property values we have now, cause no harm. But the bill's certainly not going to do that," Ruzicka said. "It would be a huge hit."

The National Association of Realtors said the House bill could send home values plummeting by 10 percent. In Ryan's southeast Wisconsin congressional district, the group estimated that home values would fall by an average of $18,920.

In Wisconsin's fourth congressional district, which includes most of Milwaukee, the average home price would fall by $13,580, the group said. 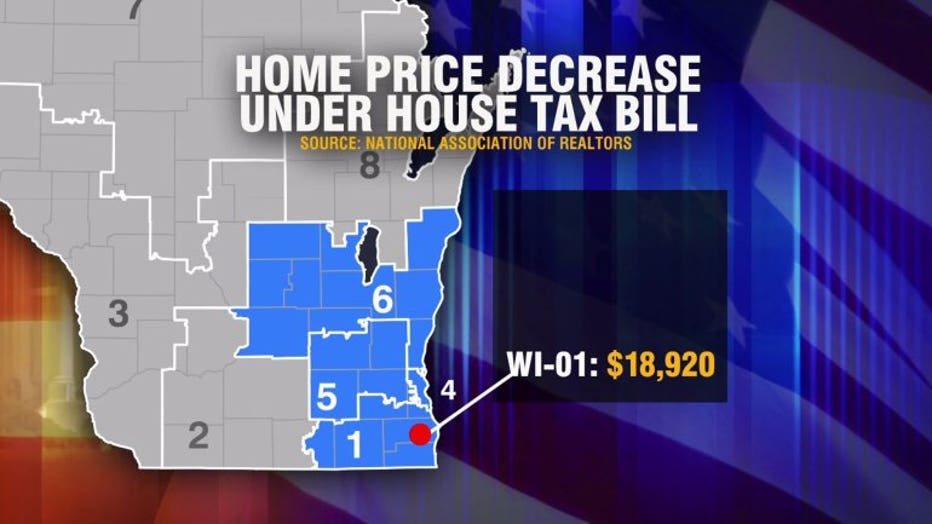 Ryan defended the changes during a televised town hall on Fox News on Tuesday.

"Let's stop picking winners and losers. Let's get rid of these discrete loopholes which are disproportionately enjoyed by very high income people."

"Let's stop picking winners and losers. Let's get rid of these discrete loopholes which are disproportionately enjoyed by very high income people. It's the people who itemize and just use that money to lower rates across the board," Ryan said. He said the House bill would exempt existing mortgages from the interest deduction cap.

Johnson announced late Wednesday that he wouldn't support either the House or Senate versions because they benefited corporations over so-called "pass-through" businesses owned by individuals.

"These businesses truly are the engines of innovation and job creation throughout our economy, and they should not be left behind," Johnson said in a statement. "Unfortunately, neither the House nor Senate bill provide fair treatment."

Pacur LLC, the Oshkosh plastics manufacturer Johnson owned before winning his U.S. Senate seat in 2010, is a "pass-through" business. Johnson still had a 5 percent ownership stake in Pacur as of last year, according to his most recent annual financial disclosure form.

Separately Wednesday, activists with Citizen Action of Wisconsin gathered in Oak Creek to protest the tax cuts' impact on the federal budget. They speculated that the cuts would trigger mandatory spending cuts, which could affect Medicare.

"This tax plan will increase the deficit by a conservative estimate of $1.5 trillion," said Michael Rosen, who opposes the GOP's plan. "They will then turn around and say, we can’t afford Medicare and Social Security."

But supporters, including Ryan, say the tax cuts will pay for themselves when the economy adds jobs, wages increase, and tax revenue climbs.

"This grows the economy," Ryan said of the bill.