Speaker Ryan gets standing ovation at business event, jokes “Not much to talk about”

Speaker Ryan gets standing ovation at business event, jokes "Not much to talk about"

BROOKFIELD — House Speaker Paul Ryan is getting a standing ovation at a business group event in conservative southeastern Wisconsin.

Ryan was the keynote speaker Thursday at the Waukesha County Business Alliance event. He was heckled by angry Donald Trump supporters Saturday at what was supposed to be a Republican unity rally in his congressional district.

Ryan jokes Thursday, "Not much going on these days. Not much to talk about."

Ryan dedicated much of his time on stage in Brookfield to issues like taxes, national security and health care.

"People know we don't like Obamacare. We have an alternative. This is what a lot of people aren't seeing in this election cycle," Ryan said.

Those in attendance at the luncheon on Thursday applauded Ryan for not engaging Trump.

"It's smart. Very, very smart to stay out of the weeds. It's not productive," said Marie O'Brien of Enterforce.

Ryan on Monday told House members he would no longer defend or campaign for Trump. Since then, he's mostly been holding private meetings in his congressional district. 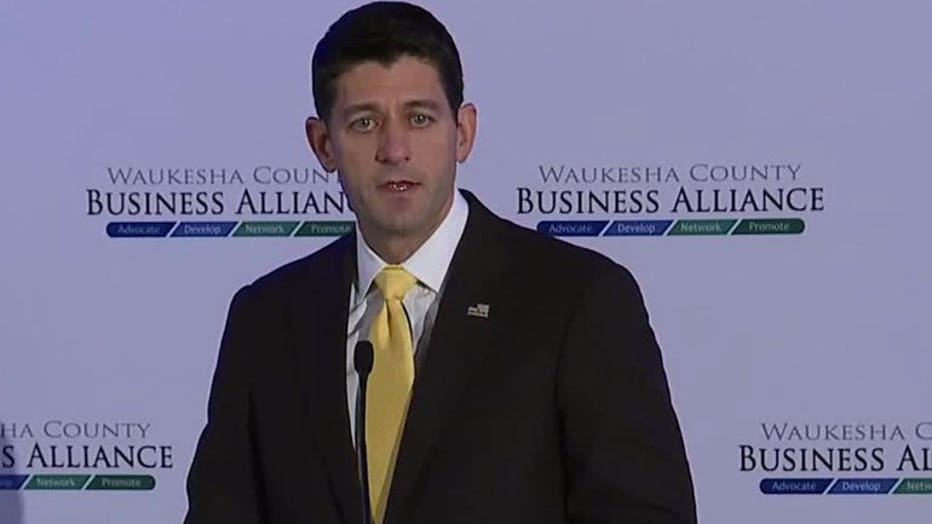