NEW ALBANY, Ohio — Noting he had just gotten his driver's license the last time Congress overhauled the nation's tax system, House Speaker Paul Ryan on Wednesday insisted lawmakers will act soon even as he deals with deep divisions in his own Republican Party.

During a roundtable discussion Wednesday at a central Ohio contract packaging plant, Ryan focused on reducing the number of tax brackets to three, eliminating tax breaks and simplifying the code to cut rates for individuals.

"In every generation you have an opportunity," Ryan, 47, said. "The last time we did this — this being, reform our tax system — was the year I got my driver's license: 1986. We have not done this in a long, long time and it's high time in coming."

President Donald Trump has proposed reducing the top corporate tax rate by 20 percentage points and allowing private business owners to claim the new lower rate for their take-home pay. It would whittle the number of tax brackets for individuals from seven to three, lower the top tax rate from 39.6 percent to 35 percent and double the standard amount taxpayers could deduct. 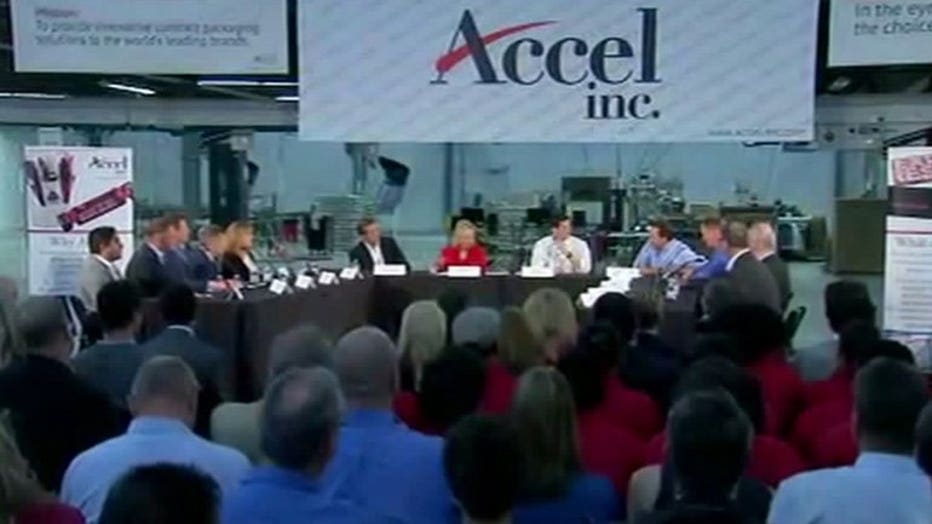 The proposal would significantly add to the deficit and eliminated some popular tax breaks enjoyed by millions of families and businesses. House Republicans and the Trump administration have already called for getting rid of the deduction for state and local taxes, a big tax break that benefits millions, especially people living in Democratic-controlled states with high local taxes such as New York, New Jersey and California.

Several Republicans in those states already have announced their opposition to scrapping that tax break.

Ryan used the appearance at Accel Inc., a manufacturer in New Albany, Ohio, to promote overhaul of the tax code.

"We are taxing businesses, employers, jobs more than 50 percent in many cases," he said. "How can we compete with the likes of all the rest of the world when we tax our job creators and our employers at much, much higher tax rates than our competitors tax theirs? This is why we have got to get tax reform."