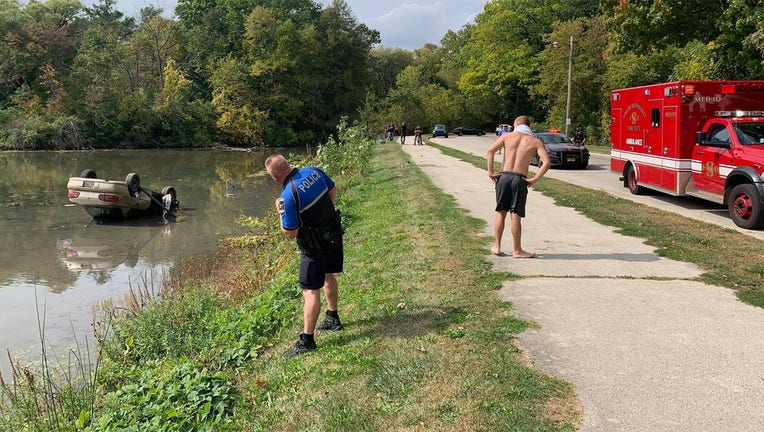 In a Facebook post, the South Milwaukee Fire Department said they arrived to find the car upside down in the water. The occupants had gotten themselves out.

Neither of the occupants, the fire department said, reported any injuries. Both were evaluated by EMS and declined hospital transport.

The crash is under investigation, but speed is believed to be a factor.

Police are investigating a double shooting that left one man dead near 15th and Meinecke Friday night, Oct. 1.

Teen injured in shooting near 45th and Concordia

Police are investigating a shooting that happened near 45th and Concordia around 9:20 p.m. Friday.