Parts of the county received anywhere from four to six inches of rain within an hour on Monday.

"I have seen only a handful of events like this in 30 years," said Julie Anderson, Racine County Public Works director. "It's been one of our busier parks this year, so we certainly don't want it to close. But again, we have to make sure it's safe."

Just off of Northwestern Avenue in Mount Pleasant, the park's gates are closed because of the large sinkhole that collapsed part of Northwestern Court just beyond the fence.

Anderson said her team estimates that parts of the county received anywhere from four to six inches of rain within an hour on Monday, Aug. 10. That is on par with a 100-year storm for the area.

The heavy rain seemed to overwhelm the water management systems in place and left behind plenty of cleanup for city and county workers, as well as private contractors, on Tuesday. 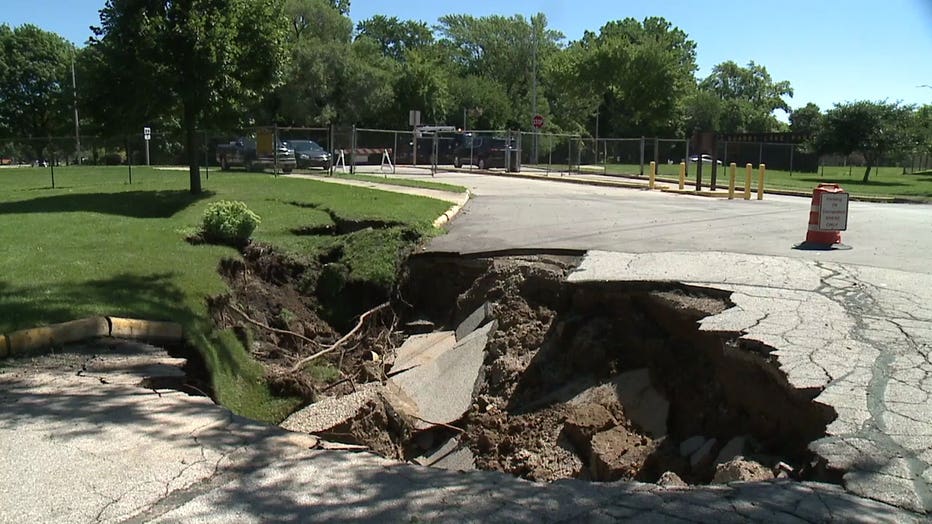 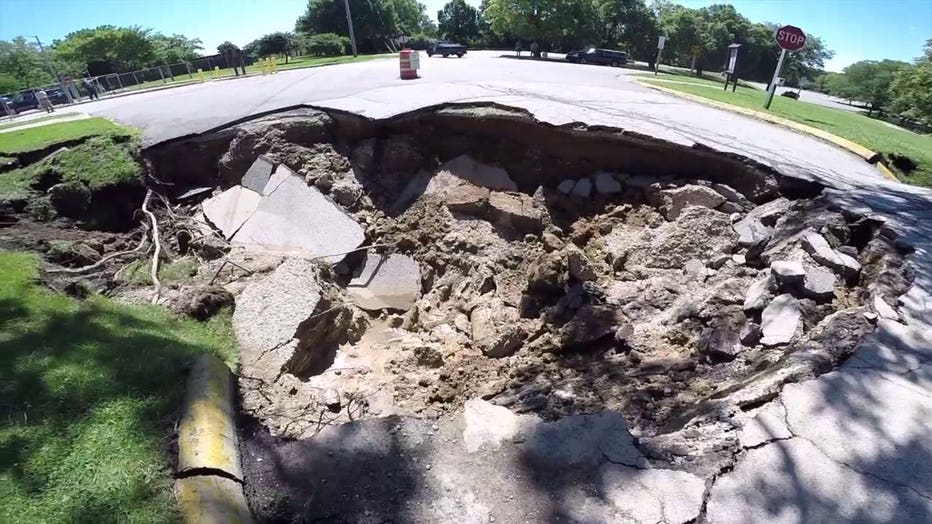 "We had flash flooding. There was zero visibility. We had roads that were quickly underwater, motorists that were overcome by rising waters in our intersections and so forth," said Anderson.

Anderson said that most of the after has receded, but at Quarry Lake Park, the county will need time to reevaluate the sinkhole before moving forward.

"This all needs to be analyzed by engineers that understand what's going on, and I think there may also need to be some drying time to make sure the hole doesn't get any bigger," Anderson said.

Anderson said it will likely be a few weeks before it is known how the county plans to fix the sinkhole and how much it will cost.

'We’ve never had anything like that:' Kenosha County cleans up after powerful storms

The National Weather Service in Milwaukee/Sullivan, Wisconsin will be sending a damage survey team out to three locations in far southeast Wisconsin ON Tuesday, Aug. 11.

It moved through the Kenosha County area with winds up to 80 mph.