Plane crash in Town of Burlington

A single-engine airplane crashed in the Town of Burlington on Sunday.

TOWN OF BURLINGTON, Wis. - Two persons were injured after their single-engine airplance crashed in the Town of Burlington in Racine County on Sunday afternoon, Aug. 9.

The Racine County Sheriff's Office responded to the crash around 2:40 p.m. Deputies and rescue personnel arriving on the scene found the pilot and one passenger conscious with life-threatening injuries. Both persons had to be extricated from the plane. 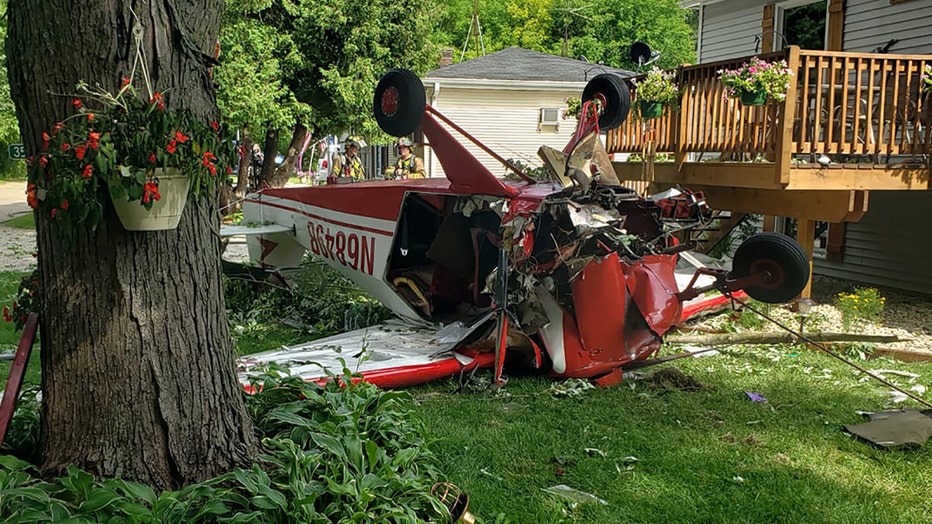 Flight for Life responded with two helicopters and transported both to Froedtert Hospital for treatment of their injuries.

Witnesses on the scene indicated the plane had just taken off and was having a difficult time gaining altitude. After missing a tree line, the plane crashed into a residential neighborhood, narrowly missing a house.

The FAA (Federal Aviation Administration) and NTSB (National Transportation Safety Board) were both notified and are handling the investigation.