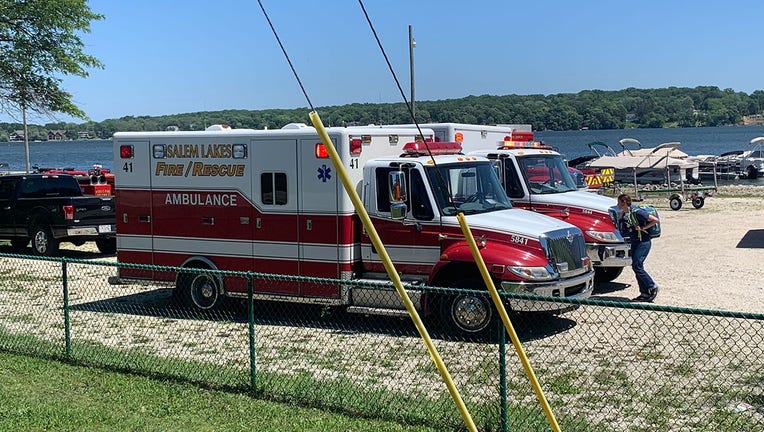 KENOSHA COUNTY, Wis. - Kenosha County sheriff's deputies and Salem Lakes Fire and Rescue were called to Silver Lake for a report of a missing swimmer in the water Thursday, June 16.

Based on an initial report, a 5-year-old girl and 22-year-old man had jumped off a boat and were swimming. The girl was wearing a flotation device, officials said, and the man was not. The man went under the water and did not resurface.

The girl was picked up by another boat. Dive teams from Wisconsin and Illinois were called to help locate the man.

Around 2:40 p.m., Salem Lakes Fire Chief James Lejcar declared the incident a recovery mission. The man was pulled from the water at 7:10 p.m. Thursday night at a depth of 25 feet by area dive teams. He has been identified as Philip Shwaiko, a resident of Kenosha.

Anyone with information is asked to call the Kenosha County Sheriff’s Department at 262-605-5100.