MILWAUKEE -- Acting Milwaukee County Sheriff Richard Schmidt held a news conference on Monday, April 9 to outline a truck safety inspection and enforcement initiative. Joining him for this announcement was a Brookfield woman who lost her husband in a crash involving a brake drum that broke off a truck back in May of 2017. 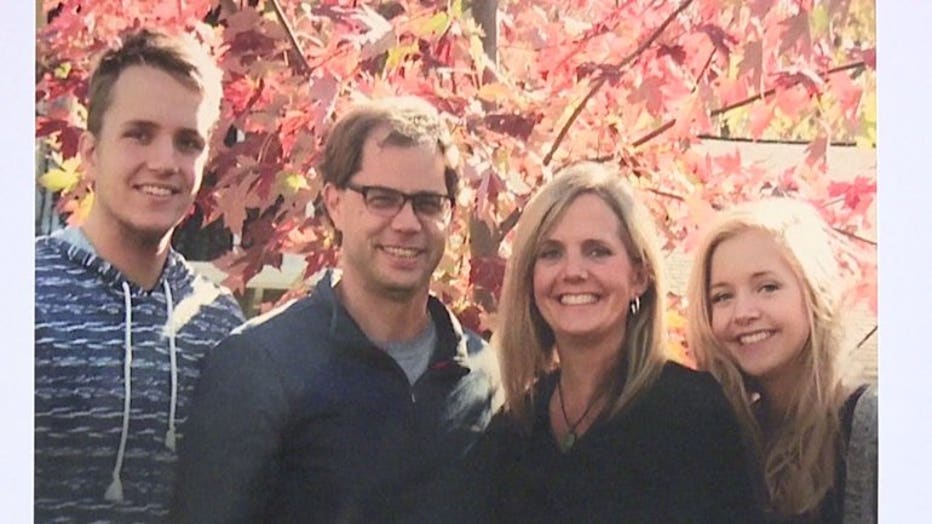 While Jay Tichelaar drove on I-94, the brake drum from a nearby truck broke off and crashed through his windshield, killing him.

"He was not a tailgater. He was not a speeder. He was just next to a semi-truck that did not maintain its brakes properly," said Joleen Tichelaar. 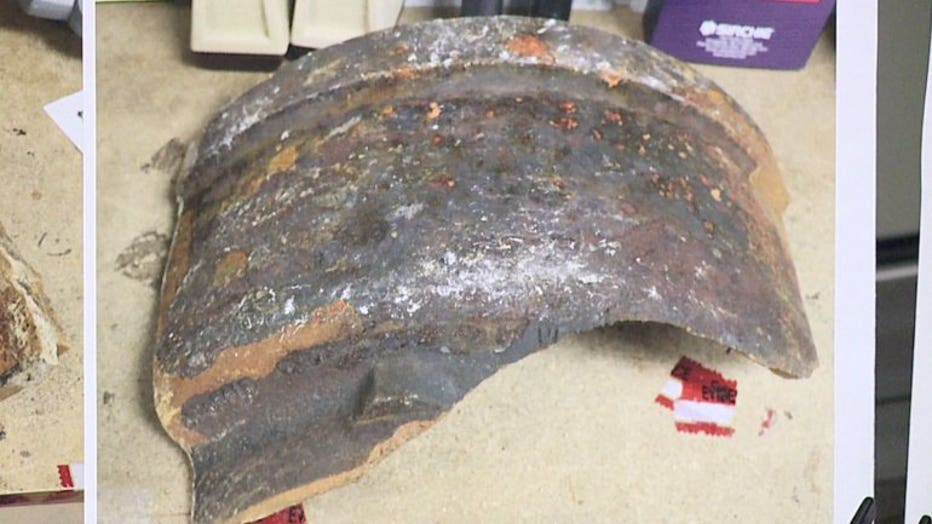 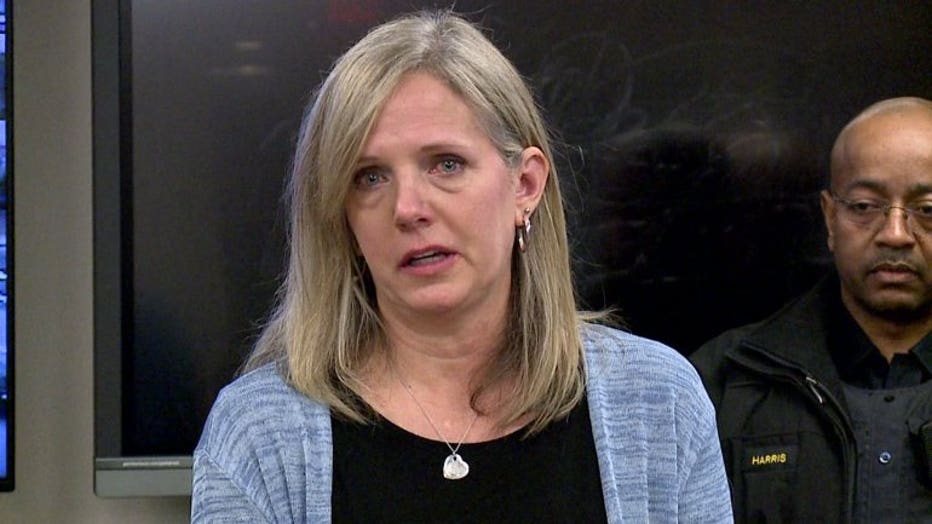 Over the past five years, there have been nearly 8,000 crashes and more than 350 people killed statewide. 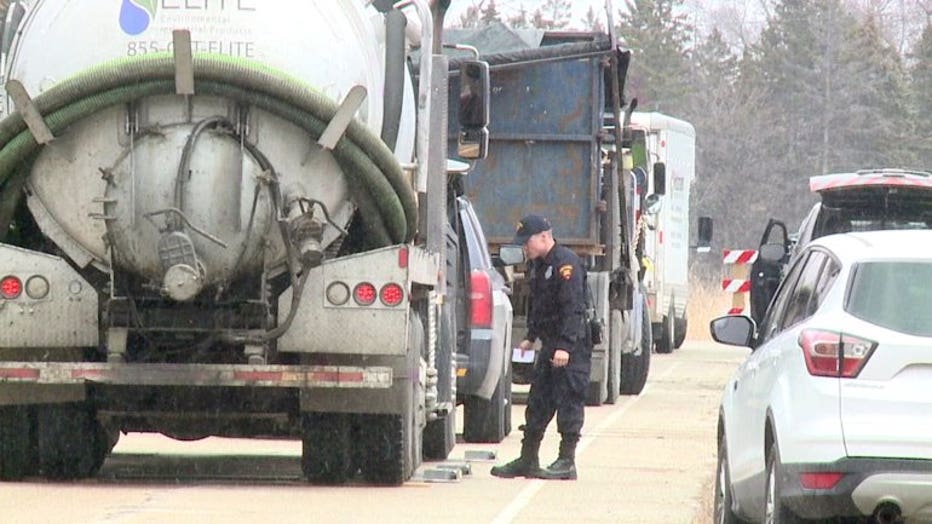 On Monday morning, officials with the Wisconsin State Patrol, police and sheriff's deputies were seen pulling trucks over and inspecting them -- looking at the condition of the engine, lights and brakes and more.

"The massive size of trucks and their huge mechanical parts make them a weapon of destruction when not properly maintained," said Acting Sheriff Schmidt. 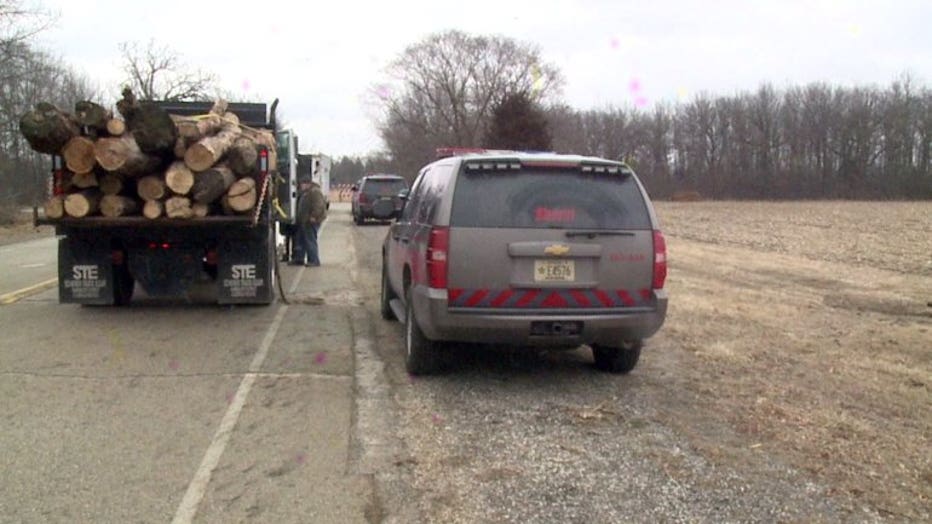 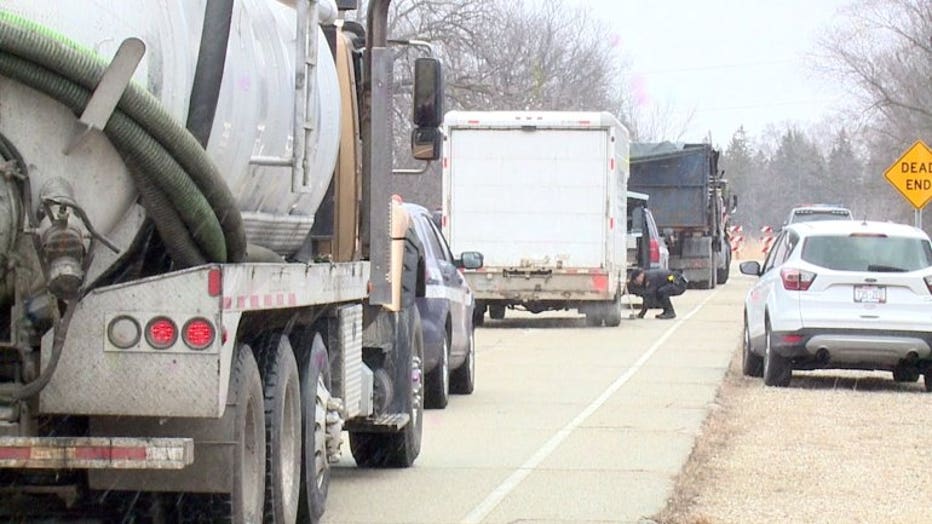 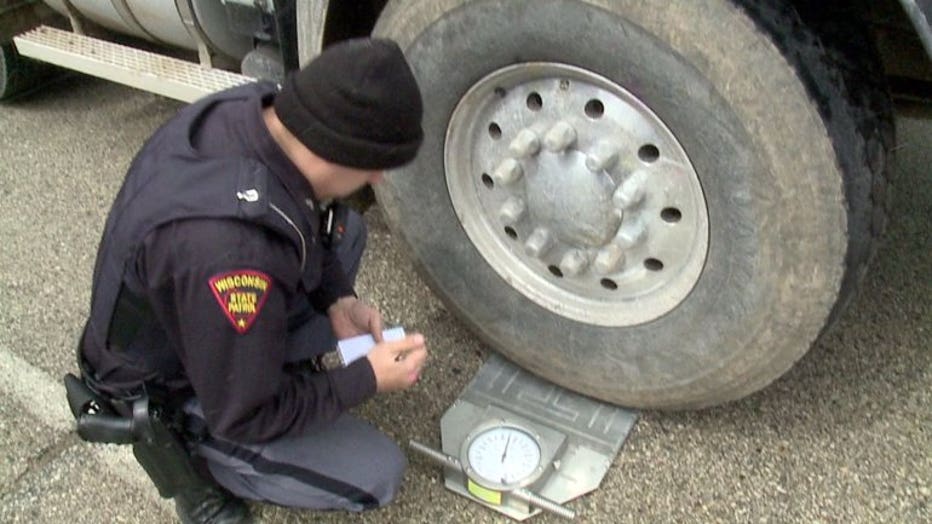 Drivers were cited or fined for not maintaining their trucks -- a small price to pay for potentially saving a life down the road.

"These truck inspections are necessary to save lives," said Tichelaar.

Some of the truck drivers pulled over on Monday said while it's an inconvenience, they're happy to see this happen. They said keeping their trucks in shape so that others are safe is never a problem.