MILWAUKEE -- Cold temperatures and snowfall cannot stop the political season from heating up in Milwaukee. We expect those vying for office to have different positions on the issues. But for a couple of Milwaukee Common Council candidates, the differences come all the way down to the positioning of their signs.

While Shannan Hayden and incumbent Nik Kovac, two of the candidates vying for the 3rd Aldermanic District seat agree about the importance of campaign signs, they definitely disagree about the way which one sign procured its perch on Sunday, February 7th. 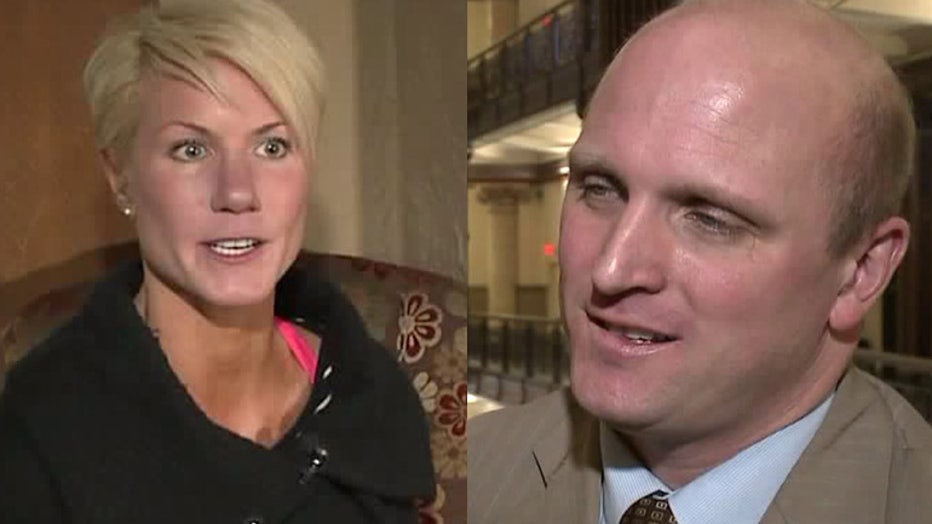 Hayden said her husband, a Milwaukee police sergeant, was on his way home from work when he noticed something peculiar about a specific Hayden sign in a yard near the intersection of Locust and Weil. 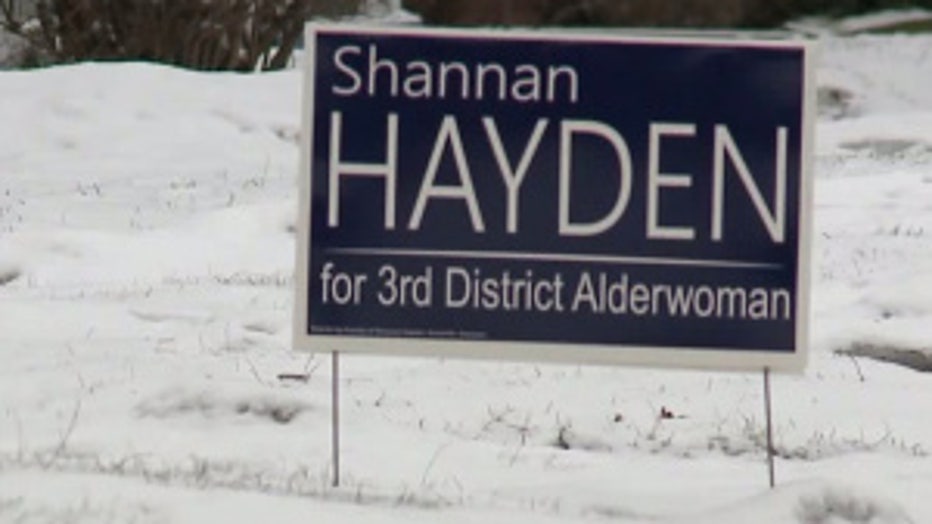 "Her husband, in uniform, confronted me, and asked me what I was doing," Kovac said.

Kovac and Hayden's husband then approached the resident living in the home where the signs were placed.

"He then told Sgt. Hayden, 'well, but I didn't actually tell (Kovac) to take her sign away,' which, fair enough," Kovac said.

"He was fine with being supporters of both me and Nik, having those signs in his yard. He did not give him permission to remove my yard sign," said Hayden. 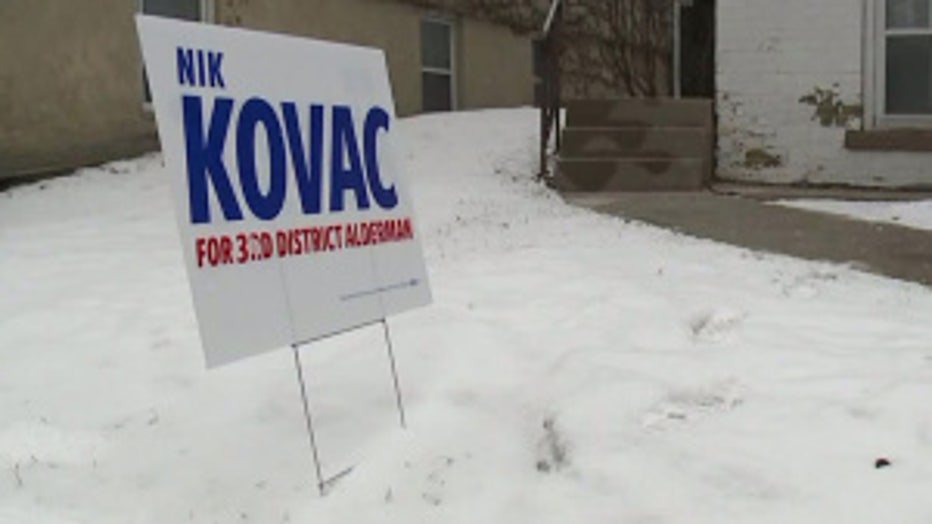 Kovac calls this a case of miscommunication -- and said his concern is not about a sign, but a badge -- adding he contacted police immediately.

Kovac says he issues a note with each yard sign indicating his campaign should be contacted if the sign is placed in error. Kovac said he did not receive such a call -- and the sign, as of Monday afternoon, February 8th remained in that yard.