Bill Clinton did not mention the Trump tape during his stop in Wisconsin -- but he did have to deal with a few hecklers of his own. 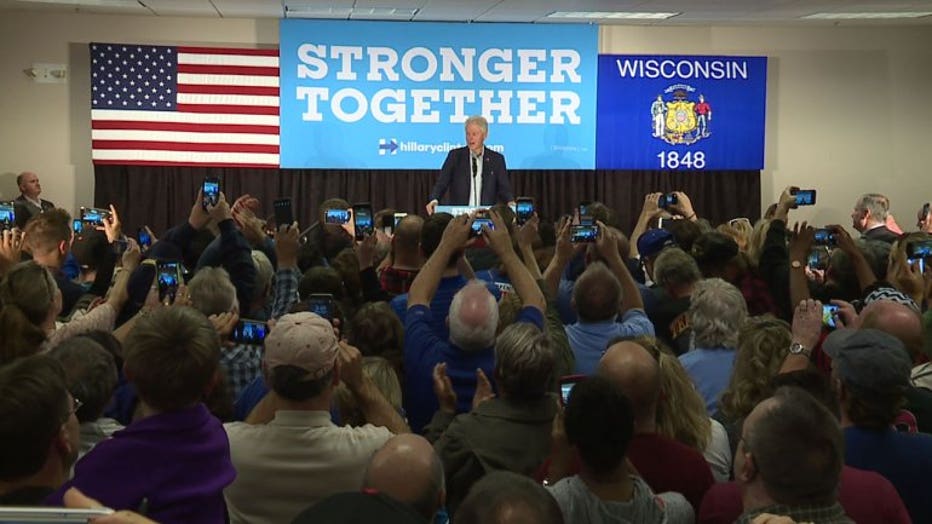 "You're a rapist! Bill Clinton is a rapist," shouted a heckler. 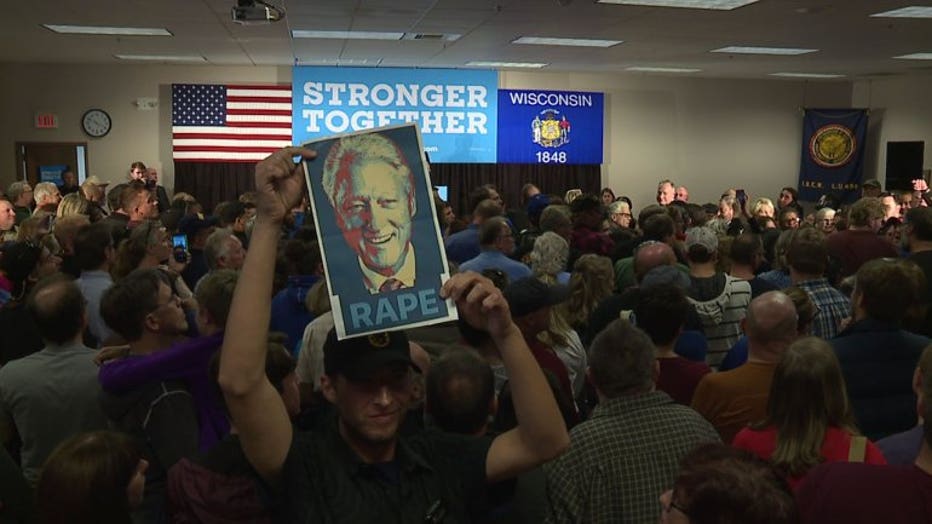 The former president brushed off the comments by referencing the backlash the Trump campaign has faced since Friday, when audio recordings of the Republican presidential nominee making derogatory comments about a woman were released.

"You gotta feel sorry for them. They had a bad day yesterday, give them a hand," said Clinton. 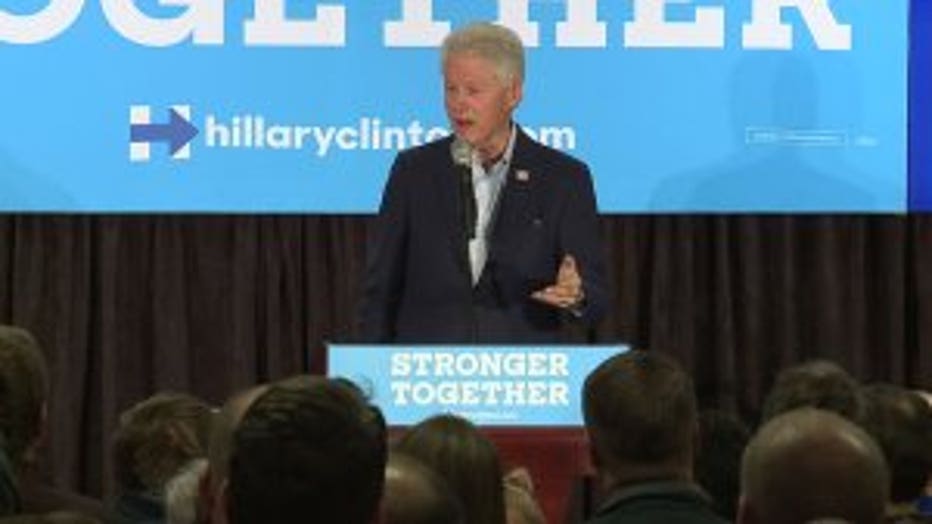 The Clinton campaign was in Milwaukee on Saturday, to encourage early voting in Wisconsin. Clinton spoke at a hall inside an office for the International Brotherhood of Electrical Workers Local Union 494.

"One campaign wants you to forget this is about you, your life and your future. Hillary is running because she wants you and your life and the future of your kids and grandkids to be better -- and we have to do that together," said Clinton. 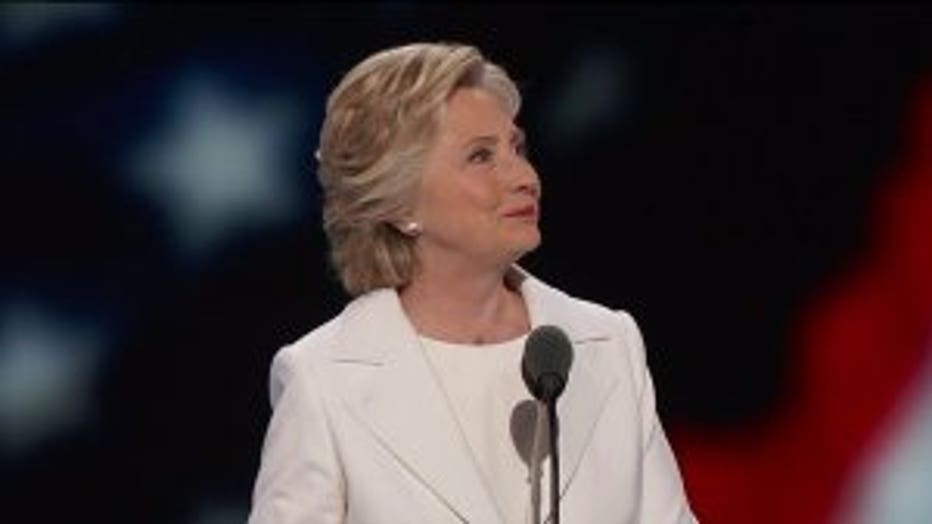 "I think we are now in a position to rise together, to grow together, to lift incomes, to increase upward mobility, to reduce income inequality, but it is all hinging on this election," said Clinton.

"I hope everyone that's a member of a union or an IBEW goes out and votes for Hillary, because she's the only choice for us," said a Hillary supporter.

Others still shaken by the hecklers in the audience. 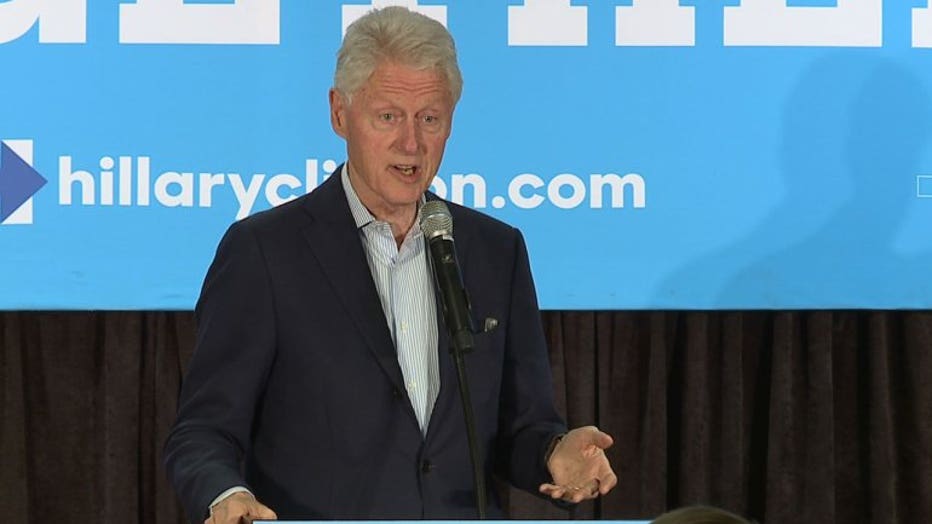 "I was actually a little scared because I was standing right next to him and was very angry but I think everyone has a right to their opinion," said Colleen Beaslee, Clinton supporter.

Local Hillary Clinton supporters will be holding an event for Chelsea Clinton in Racine, at 1:00 p.m. on Monday, October 10th.