GRAFTON -- A woman, 23, was taken to the hospital via Flight for Life Sunday, June 2 after Ozaukee County sheriff's officials said she jumped out of a moving vehicle in an apparent suicide attempt.

Sheriff's officials said a woman, 29, who was driving, was unable to hold onto the other woman.

Several drivers stopped at the scene to render aid to the victim, who was taken to the hospital.

I-43 northbound and southbound were closed at WIS 60 as of about 7:45 p.m. Sunday as a result of this incident.

Both women involved were from Sheboygan.

The victim was treated and released from Froedtert Hospital, sheriff's officials said in an update Monday, June 3. 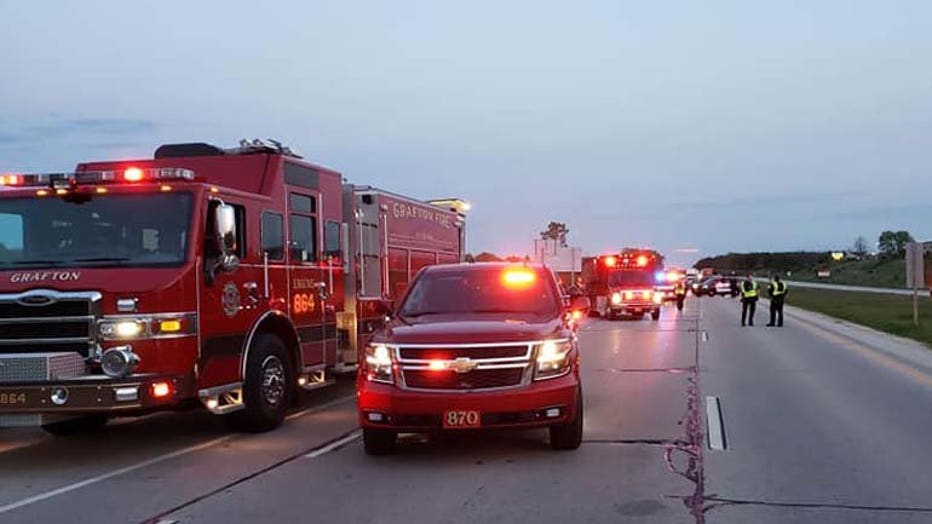