RACINE COUNTY -- Prosecutors say a Taser had to be used on a speeding Illinois driver who faces charges after his arrest early Sunday, July 26 in Racine County.

Bradley Shute, 49, of Wheaton, Illinois faces one count of vehicle operator flee/elude officer, and two counts of resisting or obstructing an officer. Cash bond was set at $1,500 Monday, July 27, and a status conference was set for Aug. 27.

Sheriff's officials said shortly before 7 a.m., a deputy conducted a traffic stop on a vehicle clocked at 90 miles per hour in a 70 mph zone on I-94 near Braun Road. Shute was identified as the driver, and officials said deputies noticed a strong odor of marijuana coming from the vehicle. Shute was instructed to exit, and with the deputy's hand still on the driver's door handle, officials said Shute shouted an expletive at the deputy and sped off.

The deputy wasn't hurt and pursued the vehicle -- which reached speeds in excess of 100 miles per hour. 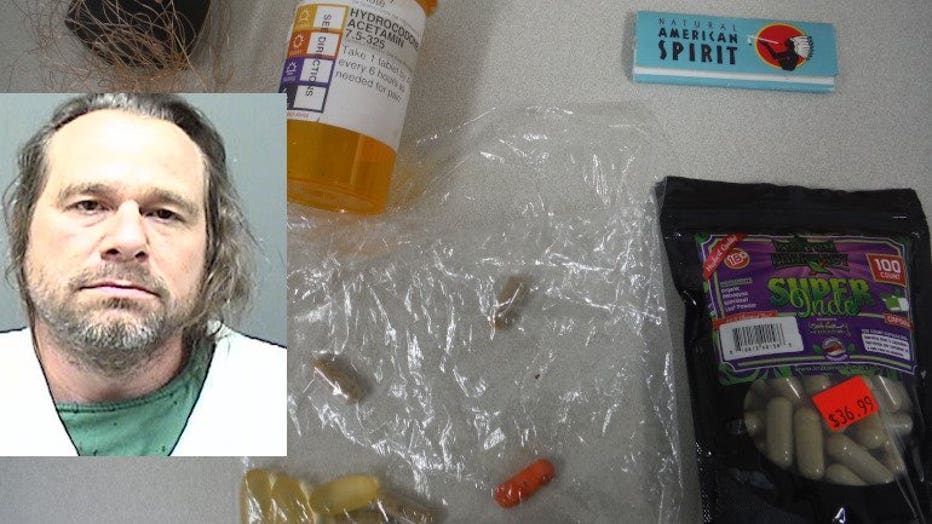 The pursuit ended when Shute pulled into a business parking lot in Mount Pleasant. There, officials said he "exited his vehicle in an aggressive manner and continued yelling expletives at deputies." Due to his continued "non-complaint, assaultive behavior ignoring deputies' verbal orders," a Taser was used to bring him into custody. According to a criminal complaint, he told the officers, "Defund the police. I'm going to work and you guys gotta be (expletive). (Expletive) you guys. This is exactly why you guys need to be defunded."

Meanwhile, a drug detection K-9 alerted to the presence of drugs in the vehicle, and a search revealed 93 capsules of an illegal schedule I narcotic, officials said.

“It’s important to understand just how dangerous traffic stops can be for law enforcement and how quickly a situation can escalate into extreme violence," said Racine County Sheriff Christopher Schmaling in a news release. "Now, more than ever we need the community’s support and understanding as well as continued training and equipment to keep our motoring community and our dedicated frontline heroes safe. We are thankful that no one was significantly injured in this incident. Reckless and drug possessing drivers are a threat to our community, deputies, and themselves. Racine County Sheriff’s Office remains committed to the safety of our community and the motoring public."