It began around 3:15 p.m. after Kenosha County deputies attempted to stop a 2001 Chevy Impala for speeding, traveling in excess of 100 miles per hour on northbound I-94. The pursuit was terminated -- and the Impala was last seen exiting I-94 and continuing westbound on State Highway 11.

At approximately 3:23 p.m., and then again at 3:41 p.m., the Chevy was being reported as being driven recklessly -- with the driver blowing a stop sign and speeding throughout the Villages of Raymond and Yorkville.

At approximately 3:44 p.m., a Racine County sheriff’s deputy observed the Chevy traveling southbound at a high rate of speed on County Highway U near 2 Mile Road in the Village of Yorkville.

The deputy initiated a traffic stop on the Chevy, and the driver continued southbound on County Highway U, and then eastbound on State Highway 20.

The driver continued eastbound on State Highway 20, crossing over the grass median into the westbound lanes before turning northbound on Oaks Road in the Village of Mount Pleasant, where the driver continued through the dead-end of Oaks Road and drove out into a field. 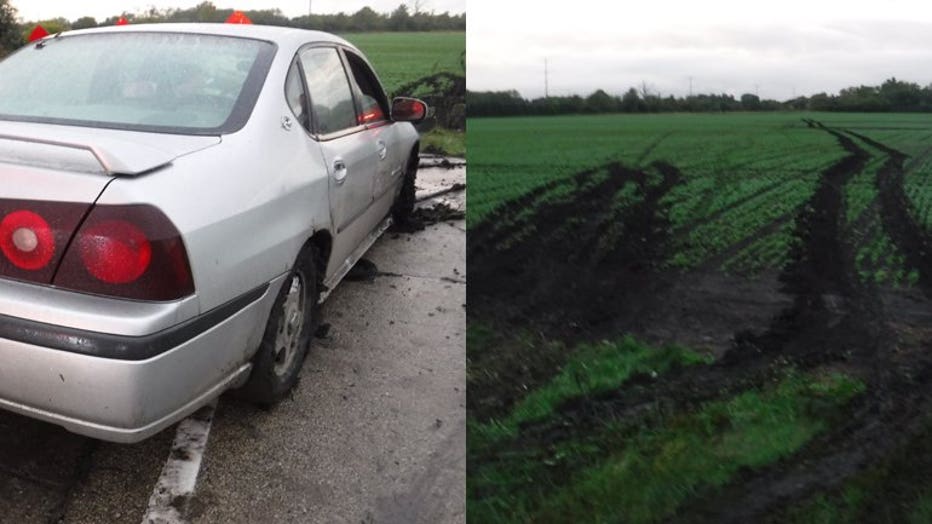 The Chevy got stuck approximately 200 yards from the roadway. The driver and passenger got out and started running.

At approximately 4:09 p.m., both occupants were taken into custody without further incident.

The operator, a 36-year-old man from Milwaukee County and the passenger, a 42-year-old woman from Milwaukee, both admitted to ingesting heroin/fentanyl and Xanax.  There were multiple items of drug paraphernalia found in the Chevy which tested positive for the presence of heroin and cocaine.