MILWAUKEE (WITI) -- The Milwaukee County Sheriff's Office released a new public service announcement regarding gun safety on Thursday, January 24th that is getting attention for its bluntness.

In the PSA, Sheriff David Clarke says, "With officers laid off and furloughed, simply calling 911 and waiting is no longer your best option. You could beg for mercy from a violent criminal, hide under the bed, or you can fight back. But are you prepared?"

He goes on to say, "You have a duty to protect yourself and your family. We're partners now. Can I count on you?"

Jacob Schneider is a firearms instructor at the MGS Group -- attached directly to the Shooters Shop in West Allis. He is happy someone has finally spoken up about the need to own a gun.

"He is saying we are responsible, in a lot of cases for our own personal safety," said Schneider.

"If he does not feel he is capable of  doing this, and he's not qualified to take on this role of public safety, he should resign and he should do it today," said Jeri Bonavia of the non-profit Wisconsin Anti-violence Effort.

"To issue a blanket statement that people should be out there, arming up, and taking care of safety matters that really law enforcement officials are trained to do, is just irresponsible," said Bonavia.

The office of Milwaukee Mayor Tom Barrett said in a statement: “Apparently Sheriff David Clark (sp) is auditioning for the next Dirty Harry movie.” 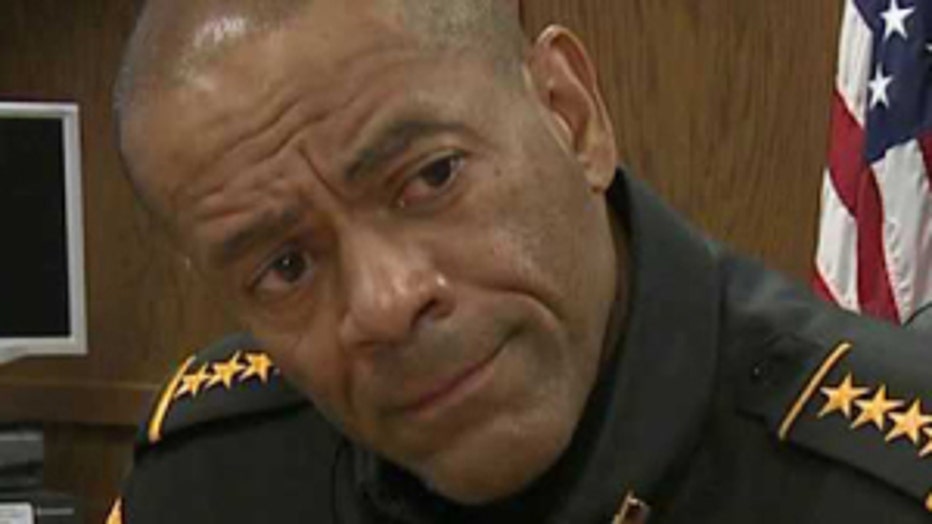 Clarke fired back with his own statement. It read: "Several years ago a tire iron-wielding suspect beat Mayor Tom Barrett to within inches of his life.  I would think that he would be a lot more sensitive to people being able to defend themselves in such instances.  A firearm and a plan of defense would have come in handy for him that day.”

On their Facebook page Friday afternoon, Greenfield Police noted to its residents, "The decision to arm yourself with a firearm is a very personal and private decision that should not be driven by fear that our officers will not respond to your calls for help." The post urges Greenfield residents to consider taking a concealed carry class, hunter safety and education course, or even take part in the city's Citizen Police Academy.

The PSA is one in a series of ads being run by the Milwaukee County Sheriff's Office. The other ads address drunk driving and texting while driving. The ads will be running on multiple radio stations within southeast Wisconsin.