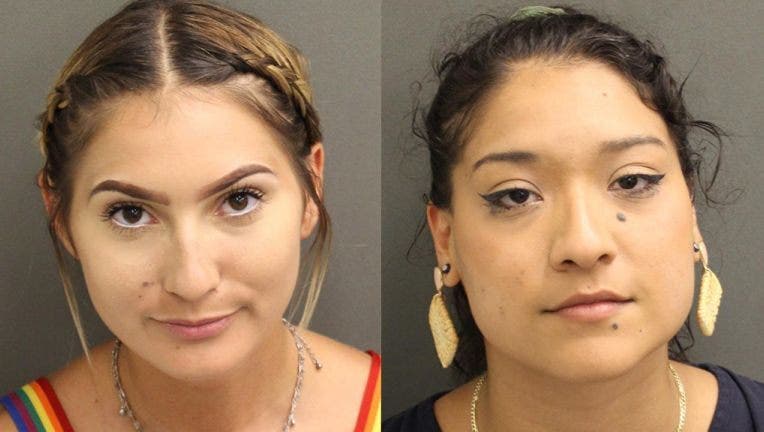 Arrest reports from the Orange County Sheriff's Office show that 18-year-old Katelin Benoit and 20-year-old Kimberly Guzman were arrested on Friday, May 29 after tossing paint onto the front door of Derek Chauvin's Windermere home.

Chauvin is a former Minneapolis police officer who has a second home in Central Florida.

He and three other officers were fired from the Minneapolis Police Department after video showed him kneeling on George Floyd's neck for multiple minutes. He is in police custody, as he is charged with third-degree murder and manslaughter. The other officers have yet to be charged.

The death of Floyd has sparked demonstrations across the country as people speak out against decades of police brutality and racism, demanding reform. Thousands have been arrested just over the last few days and at least five people have been killed.

The deputies who arrested Benoit and Guzman found paint cans inside their vehicle and one of them even had paint on her leg.