SHEBOYGAN COUNTY -- A 19-year-old Sheboygan man has been formally charged after officials say he had sexual intercourse with a 16-year-old girl just two weeks after being released from jail for a similar crime. 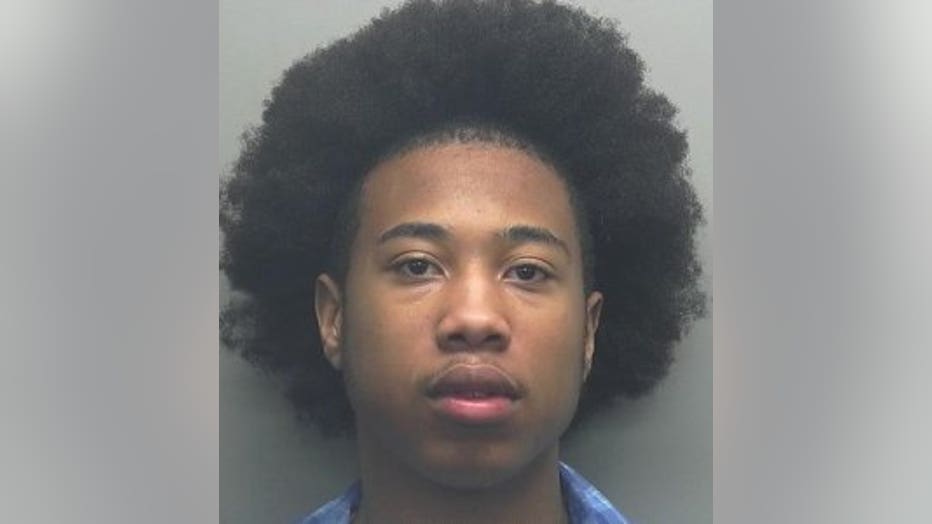 19-year-old Kenneth Burnette-York has been charged with the following:

According to a criminal complaint, Burnette-York had appeared in the Sheboygan County Circuit Court, and had entered pleas to charges of second degree sexual assault, a Class C Felony, as well as two counts of exposing genitals to a child on October 9th, 2015. He was placed on a deferred prosecution agreement, where he was allowed to be out on a $4,000 signature bond on October 21st, 2016, with the standard conditions, one of which was not not to engage in criminal activity while out on bond -- and have no contact with female juveniles without his probation agent's approval.

The criminal complaint indicates on October 26th, a Sheboygan police officer was dispatched to the YMCA located on Broughton Drive in the City of Sheboygan, in reference to assist a 16-year-old girl who was afraid to walk home because her stepfather allegedly said he would have someone beat her up.

Upon arrival, the officer made contact with the 16-year-old girl who stated to police her stepfather would have someone beat her up because of an argument involving her 19-year-old boyfriend -- later identified as Kenneth Burnette-York.

Officials then spoke with the 16-year-old girl's mother, who told police the girl's stepfather never harmed her.

Police then spoke with the 16-year-old girl in regards to allegations of sexual contact between her and Burnette-York. According to the criminal complaint, the girl told police she had just met Burnette-York recently, "two weeks or a week and a half prior" they met at the library in Sheboygan. She stated that since he is 19 and she is only 16, she knew they "couldn't get very involved with each other."

The girl told police she found out about Burnette-York's arrest for "sex with a child" and researched it and asked him about it directly. When she confronted him, Burnette-York told the girl he went to jail because he had "consensual sex" with a child and it was only because her brother caught them that the child reported it and said she was forced.

According to the criminal complaint, the 16-year-old girl's stepfather found out about Burnette-York's criminal past and "refused to accept" that he was a sex offender and wanted to hang out with his stepdaughter.

According to the criminal complaint, the 16-year-old girl admitted to investigators she had sex with Burnette-York -- but was now denying it.

The criminal complaint states investigators reviewed several Facebook messages between the 16-year-old girl and Burnette-York -- one where Burnette-York states to the girl "I Love You, too. I can't believe this is happening. I just got out of jail two weeks ago."

When authorities made contact with the 16-year-old girl again, she acknowledged she hadn't been truthful the last time she spoke with detectives. She then admitted to officials she did have a relationship with Burnette-York, and she did have sexual intercourse with him one time just two weeks after he was released from jail, at his residence located in Sheboygan, on a day that she had skipped school to hang out with him.

Again, 19-year-old Kenneth Burnette-York has been charged with one count of sexual intercourse with a child and one count of felony bail jumping.