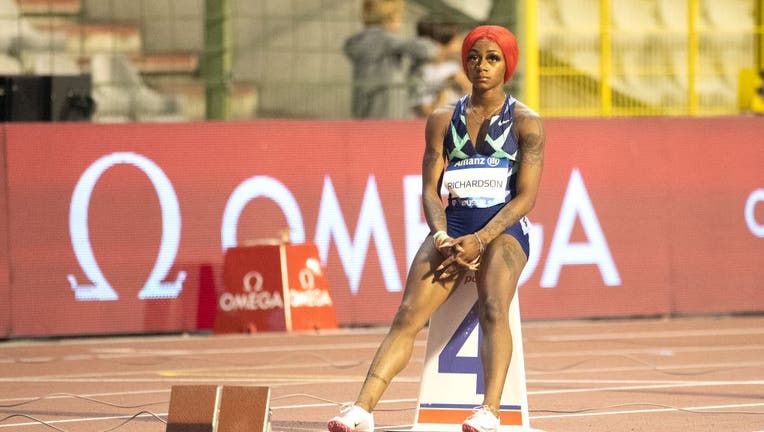 Sha'Carri Richardson of the United States before the start of the 200m for women race during the Wanda Diamond League 2021 Memorial Van Damme Athletics competition at King Baudouin Stadium on Sept. 3, 2021, in Brussels, Belgium. (Photo by Tim Clayton

DALLAS - Dallas sprinter Sha’Carri Richardson voiced her displeasure Monday that a Russian figure skater will be allowed to compete this week despite testing positive for a performance enhancing drug.

Richardson, a Dallas Carter graduate, tested positive for THC after the USA Track and Field trials last summer. Her performance earned her a spot on the U.S. Olympic team, but it was taken away after the positive test for the ingredient that’s found in marijuana and is not considered a PED.

Richardson later said she used marijuana in the wake of the death of her biological mother.

"Can we get a solid answer on the difference of her situation and mines?" Richardson tweeted Monday. "My mother died and I can’t run and was also favored to place top 3. The only difference I see is I’m a black young lady."

The Court of Arbitration for Sport cleared Kamila Valieva to skate after a hastily arranged hearing that lasted into early Monday morning. A panel of judges ruled that the 15-year-old Valieva, the favorite for the women’s individual gold, does not need to be provisionally suspended ahead of a full investigation.

The court gave her a favorable decision in part because she is a minor, known in Olympic jargon as a "protected person," and is subject to different rules from an adult athlete. 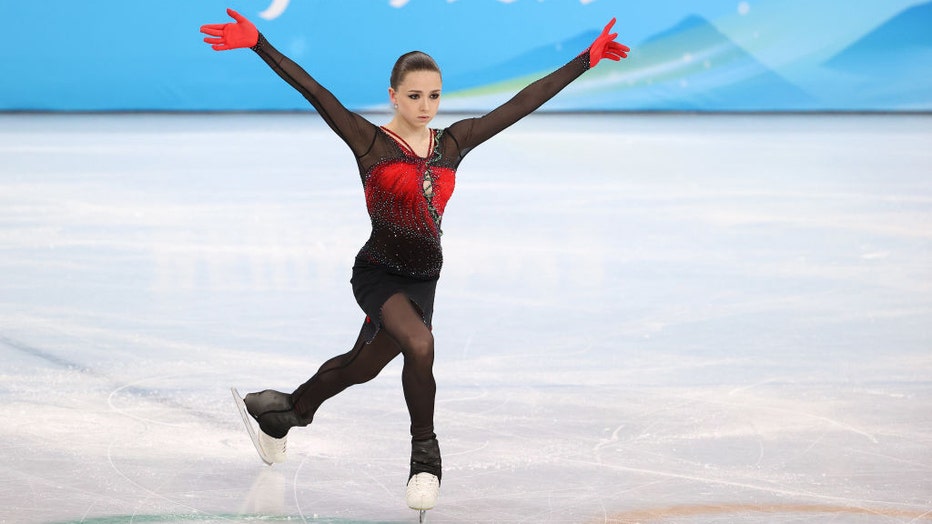 Valieva tested positive for the heart drug trimetazidine on Dec. 25 at the Russian nationals, but the result from a Swedish lab didn’t come to light until a week ago, after she helped the Russian Olympic Committee win the team gold. The drug is used to improve endurance.

"Failed in December and the world just now know however my resulted was posted within a week and my name & talent was slaughtered to the people.

"Not one BLACK athlete has been about to compete with a case going on, I don’t care what they say!!!" Richardson tweeted.

The women's singles figure skating event starts with the short program Tuesday and concludes Thursday with the free skate. The International Olympic Committee said Monday afternoon that if Valieva finishes in the top three, there will be no medal ceremony during the Games.