For decades, there's been a gas station at the corner of 35th Street and Townsend in Milwaukee's Roosevelt Grove neighborhood. If Milwaukee alderman Khalif Rainey gets his way, it won't be there for long.

"Under my watch, I won't allow it," the District 7 Alderman told FOX6 Investigator Bryan Polcyn.

"He had nothin' on but a bathrobe!" said Clifton Daly, who lives behind the store. 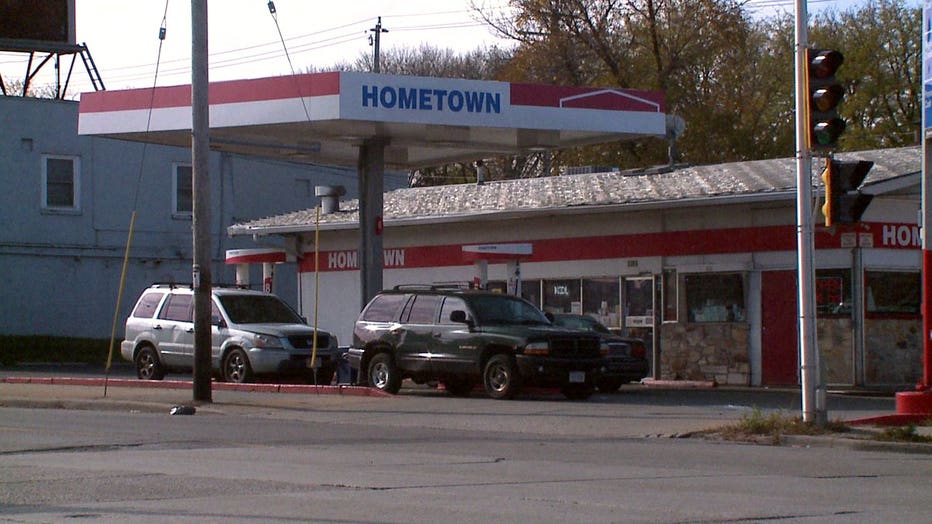 "Keep in mind, it was right next to the chips, and across from the sunflower seeds," Alderman Rainey said during testimony before the Milwaukee Common Council's licenses committee in July 2019.

Allen is known among his online fans for explicit acts in public places, from shopping malls to movie theaters, public streets even public parks - including Milwaukee's Swing Park. He's made sex videos in fast-food parking lots, inside hospital rooms, on top of car hoods and city rooftops.

"This is something they do all across the city," Rainey said.

"It's like a business!" Frederick Allen said when FOX6 caught up with him outside his house a few blocks from the gas station.

His exploits have gotten him in trouble before.

In 2017, police identified a 15-year-old girl in one of his videos. Through an open records request, the FOX6 Investigators obtained a copy of a police interview with Allen from that case.

"So what is my charge?" Allen asked the detective.

"Second-degree sexual assault of a child," the detective replied, prompting Allen to slump back into the metal chair. 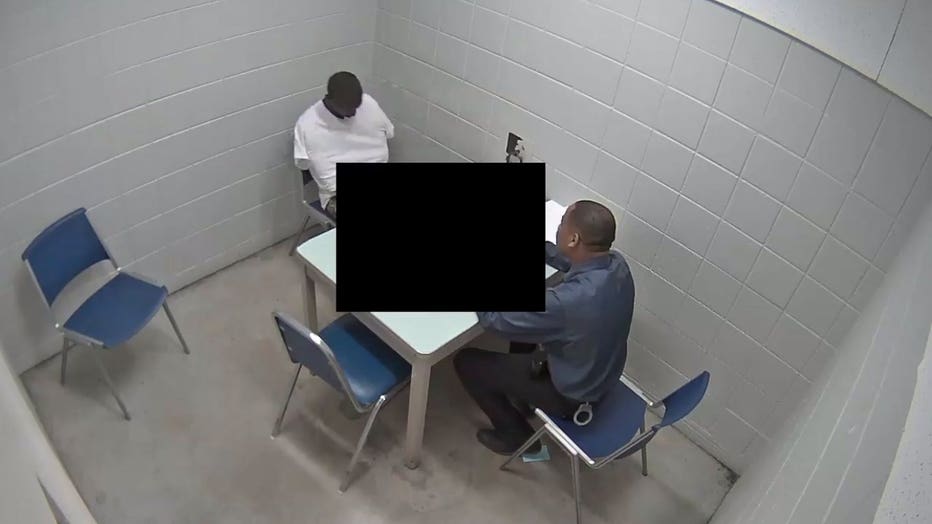 Allen slumps in his chair after an MPD detective informs him he's recommending a charge of 2nd degree sexual assault of a child in 2017. The charge was later dropped.

"It's a disgusting act," said Emil Ovbiagele, attorney for Kool Petroleum, the company that owns the 35th Hometown gas station. "I'm not going to sanitize this."

Allen's gas station video is especially controversial because of what it showed in the background. 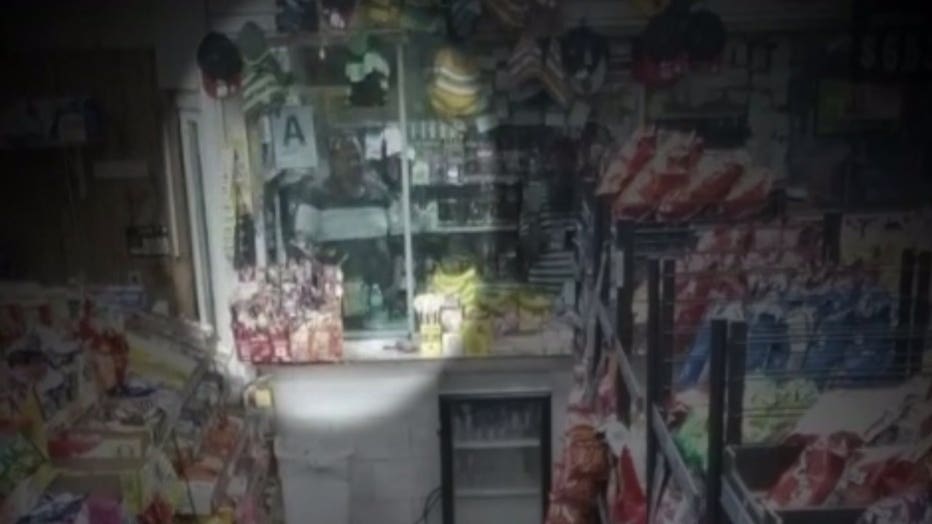 The video shows gas station owner Kulwant Dhillon watching the sex act from behind the glass. Dhillon says he was afraid to call police because Allen had threatened him, a claim Allen denies.

"It was the owner," Rainey said. "He was there. He was watching. He indulged. He didn't pick up the phone. He didn't call the police department."

As Allen engages in an explicit sex act on the floor of the convenience store, Kulwant Dhillon - the gas station owner - can be seen standing behind the glass, watching. One of his employees is also there, recording the sex act with a cell phone.

"The bad choice to allow staff to tape it," said Milele Coggs, District 6 Alderwoman. "That, to me, is just as bad as not calling the police."

"It was actually a constituent who saw it online and brought it to my attention," Rainey said.

That prompted Rainey to call for the gas station's license to be revoked.

"We can't allow these things to go on in our community," he said.

Last summer, Dhillon told the licenses committee that not calling police was "a mistake," but says he was afraid to call because Allen had threatened him. 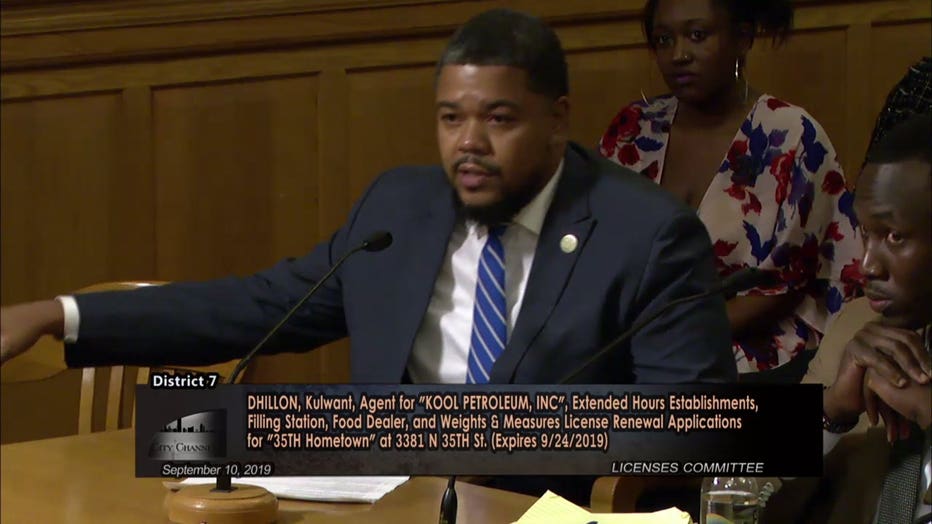 In the summer of 2019, District 7 Alderman Khalif Rainey called for the gas station's license to be revoked.

"He said, 'If you're going to call the police, I will shoot you and burn your gas station, too,'" Dhillon recounted to the committee.

Allen denies that. And Rainey didn't buy it.

"He was protected by bulletproof glass. So the idea that he was in fear, I take exception to that," Rainey said.

Either way, Dhillon's lawyer says he tried to make good by helping prosecutors in an unrelated case. In August 2018, Allen assaulted a teenage boy after a traffic accident near 35th and Fond du Lac, just blocks from the gas station. After the beating, Allen followed the boy into a corner store.

It just so happens, Dhillon owned that store, too. And he told police what he saw.

"And in that case, you were state's star witness, correct?" Ovbiagele asked Dhillon during testimony.
"Correct," Dhillon said.

"He's the kindest guy, he'll give you anything," one supporter said.
"The guy breaks his back for us in the community," another said.
"He had no control over it,"said Tamika Scott."
"This guy's being destroyed for what somebody else did," said a man who identified himself only as Mr. McCall.

The committee voted to suspend the gas station for 20 days, but when other neighbors got wind of it they signed a petition.

"Once I saw that tape, we want it closed," said John Reid who lives on the street behind the store. 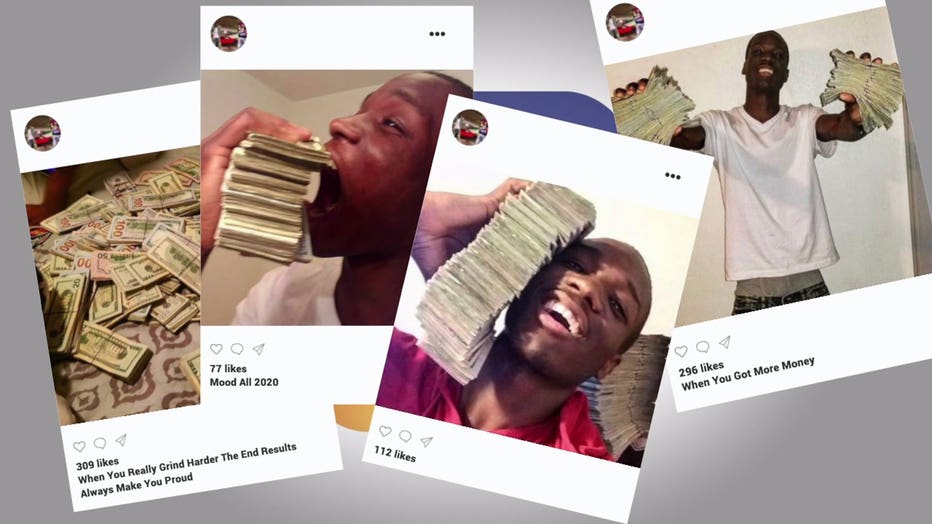 After receiving the petition, Rainey called for a new hearing.

"Our community has to expect more," Claudia Reid said at that hearing in September 2019.
"We need to start having respect for ourselves," Paulette Bangora said.
"I'm sick and tired of our community being a garbage dump," Childs said.

This time, the committee voted not to renew the gas station's license at all. So Kool Petroleum sued the city. A Milwaukee County Judge issued a temporary injunction allowing the gas station to remain open while the case makes its way through court. That case is still pending.

"To see this gas station still open and in operation, it's disturbing," Rainey said.

To Frederick Allen, it's much ado about nothing.

"I got way worse videos than that," he said. "I'm cold with a camera."

This is not the first time he's pushed the limits of decency.

"I got threesomes at the police station on top of a cop car. I got some wild stuff," Allen said.

And it's unlikely to be the last.

Allen lives two blocks east of Milwaukee Police District 7 where he claims to have recorded a sex video on top of a squad car, though FOX6 Investigators have seen no evidence of that.

As for the gas station, Allen says this isn't even the first pornographic video he recorded there. And he's telling the truth. In March of 2015, Allen uploaded a sex video to a website called World Star. It's cell phone video of Allen having intercourse with a woman up against the beverage coolers at the back of the 35th Hometown gas station. That video has more than 2-and-a-half million hits.

While Allen is known for producing these explicit videos in public places, FOX6 Investigators are not aware of any other businesses that have had license actions taken against them. We are also unaware of any other videos that show a business owner or employee watching the act take place.

As it stands, the 35th Hometown gas station will remain in operation while its parent company, Kool Petroleum sues the city over its business license. The next hearing is set for April 2, 2020, in Milwaukee County Circuit Court.