MILWAUKEE COUNTY -- He pleaded no contest to charges filed against him in connection with a series of armed robberies targeting Marquette University students that occurred in spring 2014-- and on Monday, June 22nd, he was sentenced. 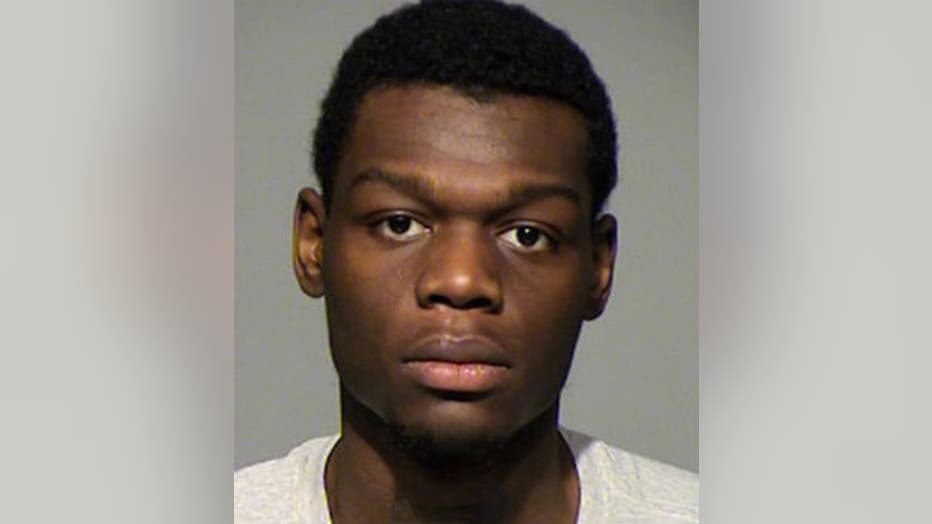 21-year-old Johnny Sellers was convicted of two counts of armed robbery with threat of force (as party to a crime) after pleading no contest.

In court on Monday, Sellers was sentenced to serve two years in prison and three years extended supervision on the first count, with credit for 417 days.

On the second count, Sellers was sentenced to serve four years in prison and three years extended supervision.

He has been given credit for 417 days served.

These sentences are to be served concurrently.

Sellers has been ordered to pay $246 in restitution in this case. 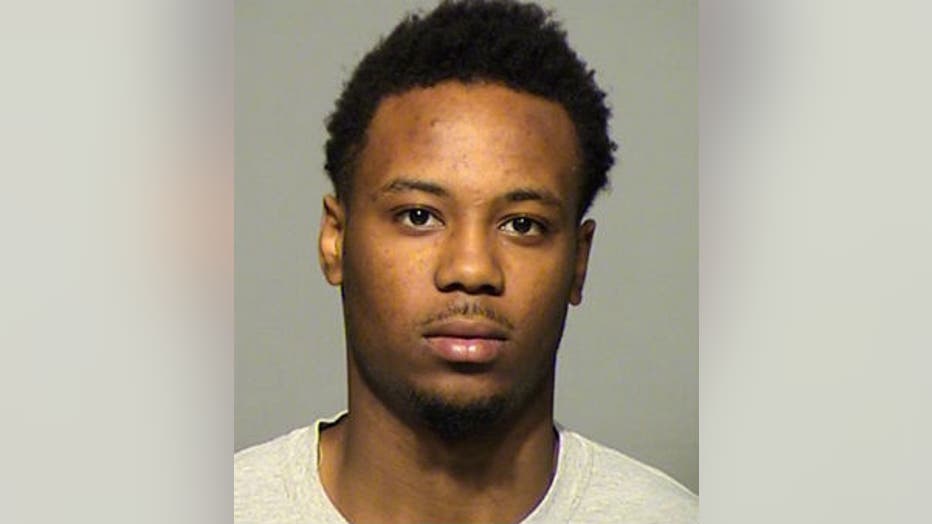 On June 12th, Thompson was sentenced to serve 34 years in prison and 30 years of extended supervision.

He has also been ordered to pay $246 in restitution in this case.

Police say four Marquette University students were robbed at gunpoint in separate incidents — and one of them was shot.

The first victim told police he was walking from a convenience store at North 17th Street and West Wells Street to his apartment when he noticed two men by the door of the building on West Wisconsin Avenue.

The victim went back to his phone to finish a text message, and when he looked up, he saw that a suspect had two silver revolver-style handguns pointed at him. He told police he was asked to turn around and look down. A suspect then asked for his wallet and backpack. The suspects got away with those items, plus the victim's cell phone.

When Johnny Sellers was apprehended at his sister’s residence on West Wisconsin Ave. on May 2nd, police recovered a laptop belonging to this victim.

The second victim was robbed on the same night.

The victim was walking on West Wisconsin Avenue from North 19th Street — heading to his residence, when he was approached by a suspect who told him he had missed the bus.

Police say the suspect then displayed a silver handgun and pointed the gun at the victim’s body — demanding his valuables -- saying, "give it to me before I kill you."

The suspect got away with the victim's keys, his cell phone, his wallet and his laptop. Police say the suspect even asked where the victim's vehicle was located -- saying “take me there before I kill you.”

This victim reported a second suspect served as a lookout.

Police were able to determine that on April 23rd, 2014, a transaction was drawn from this victim’s debit card at a McDonald’s restaurant on West National Avenue. Via surveillance video, police learned the man using the victim’s debit card at the McDonald’s restaurant was Johnny Sellers. An additional transaction was made on April 23rd at the El Jalepeno restaurant on W. National Avenue. Police observed Sellers inside the restaurant via surveillance video, and lifted his fingerprints from a TV inside the restaurant.

A third victim told police he was on the sidewalk on the west side of North 18th Street on May 2nd, 2014 when a person walked quickly up to him and pulled a handgun from the sweatshirt he was wearing. The victim said the man pressed the handgun against the left side of his jawline and said: “Give me all of your money.”

The suspect was able to get away with the victim’s wallet and his cell phone.

The victim told police while climbing the steps leading from the sidewalk to the walkway in front of Marquette’s O’Donnell Hall, he heard a gunshot.

This victim was able to positively identify the suspect who held a gun to his head as Thompson.

A fourth victim told police on May 2nd, 2014, he and a friend were walking back to their apartment building after studying at the library. When they got to North 18th Street, they were approached by a suspect who asked what time it was — before removing a handgun and pointing it back and forth at the two men.

Police say the suspect then said: “Don’t move, where’s the money at?”

The suspect had begun to search the pockets of one of the men, when the other man grabbed the barrel of the weapon. The suspect then fired one shot as the victim struggled with him for the gun.

That victim sustained a gunshot wound to his hand, and fell to the ground.

The second victim began running towards their apartment building — and was chased by the suspect. The suspect eventually fled the scene.

Police arrested Thompson after a Marquette Public Safety Officer observed him running from the scene. A silver revolver with a black handle was discovered lying in the grass by a tree near N. 20th Street and West Wisconsin Avenue.

Thompson was convicted of burglary and robbery with threat of force in June of 2012. He was sentenced to 24 months of initial confinement and 30 months of extended supervision.