DANE COUNTY (WITI) -- A former University of Wisconsin football recruit, convicted by a jury of sexually assaulting a woman during a visit to the Madison campus last December will spend a year in jail.

When he is released from jail, Dominic Cizauskas will serve three years of probation. 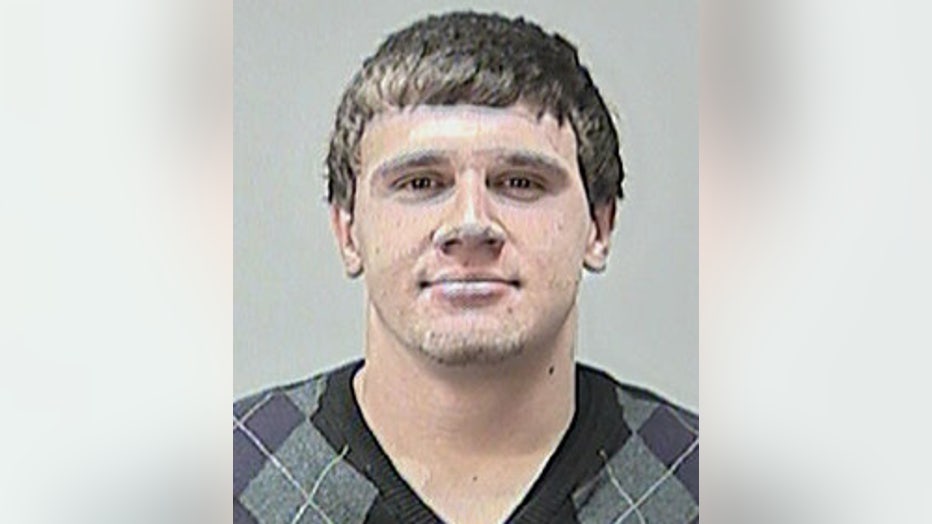 Cizauskas was found guilty on one count of third-degree sexual assault.

Cizauskas was a student-athlete in Mukwonago.

The sexual assault incident occurred in December of 2013, when Cizauskas went to the UW-Madison campus.

A criminal complaint in the case says the victim told UW-Madison police Cizauskas was visiting the UW-Madison campus from December 13th, 2013 through December 15th, 2013.

"The effects of what happened December 13th will stay with me for the rest of my life. I had to sit back and listen to all that people were saying without giving my side and saying how I felt. Now, after eight months, I finally get to say how I`ve been feeling this whole time," the victim said in court during Cizauskas' sentencing.

The complaint against Cizauskas says the victim told police she had been communicating with Cizauskas via text message on the evening of December 13th through the early morning of December 14th. The victim says she was studying for a final examination, and was attempting to dissuade Cizauskas from coming to see her that night because police were looking for a strange man around her residence -- and because it was late.

The victim told police while studying in her room, she heard someone asking for directions to her room -- before Cizauskas opened her unlocked door and walked in. The complaint says the victim could tell Cizauskas had been drinking, because he had an odor of alcohol on his breath.

The complaint says the victim told police Cizauskas told her he had consumed 10 shots within 30 minutes.

At this point, the complaint indicates Cizauskas sat down next to the victim on the futon, and attempted to have sex with her. The victim says she tried to get Cizauskas to stop, when he said: "Oh come on -- let's just do this," according to the complaint.

The complaint indicates Cizauskas pushed the victim into a laying position and began having sex with her without her consent.

The victim told police she tried to make excuses to get Cizauskas to leave. She says she told him several times: "I can't do this." The complaint says the victim told police: "I didn't know what to do. I was by myself. My roommate went home for the weekend, and he's a 200-pound football player and he had been drinking."

The complaint indicates the victim is 5'7" tall, and weighs 126 pounds.

The victim was eventually able to get Cizauskas off of her -- before climbing up into her loft-style bed -- hoping Cizauskas "would get the hint and leave." The complaint says Cizauskas followed her into her bed and "kept going."

The complaint says the victim continued to tell Cizauskas she "could not do this" and continued to come up with excuses in an attempt to get him to stop and leave.

The victim told police: "I tried to push him off of me, but he's a 200-pound football player," according to the complaint.

Eventually, the sexual activity stopped, and the victim told Cizauskas he should go, according to the complaint.

The complaint says later on December 14th, 2013, the victim had a text message conversation with Cizauskas, during which she says she confronted him about the fact that he had sexually assaulted her -- and she says he tried to claim she had agreed to have sex with him.

"After being sexually assaulted, the last thing I wanted was to have an invasive exam. That night after the hospital, I wet the bed in my sleep. I was 18 years old and wet the bed, which was humiliating, even though I knew it was because of the trauma I had just went through," the victim said in court during Cizauskas' sentencing.

When speaking with the victim, the victim told police she did have consensual sexual contact with Cizauskas in the past -- saying that the last time would have been in June of 2013, according to the complaint. She told police when she began attending UW-Madison in the fall, she would occasionally have text message conversations with Cizauskas -- in which she says he would make sexual references and propose "hooking up" with her. According to the complaint, the victim says she believed Cizauskas wanted to come see her to have sex with her, and says she didn't wish to have sex with him -- and would make every excuse she could think of to get out of it. Additionally, according to the complaint, whenever the victim learned Cizauskas would be headed to campus, she would try to avoid him.

FOX6 News has learned in June 2013, the Wisconsin Football Recruiting website posted Cizauskas was recruited by UW-Madison. The next day, Cizauskas announced his commitment.

Shortly thereafter, it became clear something was wrong.

In January, those who followed Mukwonago boys basketball noticed Cizauskas had not played in the Indians' last two games.

He was expected to sign a letter of intent in the beginning of February -- but that didn't happen.

Cizauskas' victim, who is also from Mukwonago, shared her experiences of going home after the news of the sexual assault became known.

"They didn`t believe me. After he was formally charged, it got worse. Facebook was filled with articles and people commenting about me," the victim said.

In court during Cizauskas' sentencing, the victim's mother also spoke.

"In this situation there`s only one victim: me. Dominic is not a victim," Cizauskas' victim said in court during his sentencing.