MILWAUKEE -- Last week, the attorney for the family of 31-year-old Dontre Hamilton, who was shot and killed by a former Milwaukee police officer in April 2014 in Red Arrow Park said Hamilton's family is frustrated a federal review of the case by the United States Department of Justice is taking so long. The federal investigation launched seven months ago -- and there has been no conclusion. This week, Senator Tammy Baldwin and Rep. Gwen Moore expressed similar concern -- and they've issued a letter to U.S. Attorney General Loretta Lynch. 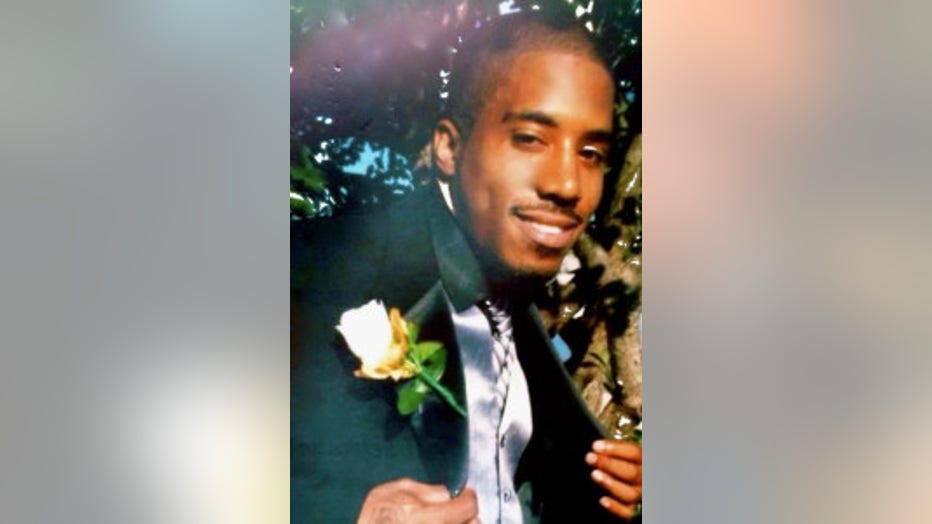 A statement issued to FOX6 News by Rep. Moore's office says Senator Baldwin and Rep. Moore have issued the letter "in response to mounting frustration over the DOJ's lack of expedience in the assessment of potential civil rights violations in the Hamilton case."

"Misconduct is one thing, but when it leads to death, there should be something done. We've been saying 'hey, something needs to be done,'" Nate Hamilton said.

The letter issued to Attorney General Lynch reads as follows:

We write to express our concern about the slow pace of the federal review of potential civil rights violations in the officer-involved shooting death of Dontre Hamilton, and federal “pattern and practice” review of the Milwaukee Police Department. We respectfully encourage the Department of Justice to expedite these reviews and to provide the Hamilton family with an update on the status of its efforts around Dontre’s death.

It has been more than fourteen months since that tragedy occurred. It has been more than six months since Milwaukee County District Attorney John Chisolm declined to file charges against Office Christopher Manney in relation to the shooting and U.S. Attorney Jim Santelle announced a federal review of the case. However, according to the Hamilton family, they have not received any updates as to the status of this review.

We continue to hear from Milwaukee constituents who are fearful and distrustful of law enforcement, particularly after the deaths of Derek Williams and Dontre Hamilton. We believe tangible progress on these federal investigations will help to restore trust between the Milwaukee Police Department and the broader community and can lead to the implementation of policies and practices that will better protect our officers and better serve the people of Milwaukee.

Law enforcement personnel have extremely difficult jobs and they put their lives on the line every day to help keep our communities safe. In Milwaukee, there has been an alarming increase in violence in recent months and, now more than ever, we must ensure that there is trust between police and the people they serve to help reduce crime and strengthen this community.

Thank you again for your attention to this matter, and we look forward to working with you going forward.

The announcement regarding the federal review of this case came after the Milwaukee County District Attorney announced his decision, based on his review of the relevant facts and the applicable state law, not to initiate criminal charges against Milwaukee Police Officer Christopher Manney in connection with the death of Dontre Hamilton.

Jonathan Safran, the attorney for the Hamilton family, issued this statement to FOX6 News last week:

"Following the shooting death of Dontre Hamilton at Red Arrow Park in downtown Milwaukee, and after waiting for almost eight months for the local district attorney to make a criminal charging decision, which District Attorney John Chisholm finally issued on December 22, 2014, concluding that no state criminal charges would be brought against former City of Milwaukee Police Officer Christopher Manney, the local office of the United States Attorney issued a press release later that same day announcing, “The United States Department of Justice will undertake a federal review of this case to determine if, under federal civil rights law, there is a basis, both legal and factual, upon which a federal civil rights prosecution may be premised. This review will be conducted by the Federal Bureau of Investigation, the Office of the United States Attorney for the Eastern District of Wisconsin, and the Civil Rights Division.

The Hamilton family and their attorneys subsequently met for almost two hours with an assistant United States attorney with the Office of the United States Attorney for the Eastern District of Wisconsin and two special agents with the local office of the Federal Bureau of Investigation on January 16, 2015, six months ago this week, to discuss the facts of the case and the concerns of the family and attorneys, and to learn how and what federal investigation would be conducted regarding Christopher Manney’s actions in confronting Dontre Hamilton and then shooting him fourteen times, resulting in Donte’s death. Despite repeated assurances that a federal investigation has been undertaken, and that a decision will be made by the Civil Rights Division of the United States Department of Justice, the only information which has been provided to-date is that no substantive updates can be provided and no time table can be given as to when a decision will be made and announced. The family has now been waiting almost seven months since the United States Attorney announced that the federal review would be undertaken, and almost eighteen months since Dontre Hamilton was shot and killed, again without any answers.

The Hamilton family has dealt with this lack of a time table being provided, over and over again
following Dontre’s death:

The first time was with the Department of Justice, Division of Criminal Investigation refusing to provide a time table, while waiting three months for the criminal investigation to finally be completed.

The second time was with the Milwaukee County District Attorney’s Office refusing to provide a time table, while waiting nearly eight months for the state criminal charging decision to be made.

The third time was with the City of Milwaukee Fire and Police Commission refusing to provide a time table, while waiting for five months for the disciplinary appeal hearing of Christopher Manney’s termination to be conducted.

Now it is with the federal authorities refusing to provide a time table, while waiting for almost seven months, as to when they will make a Federal criminal charging decision.

How can this be justice and what does this say for the justice system?"

After Milwaukee County District Attorney John Chisholm decided Manney would not be criminally charged in this case, a Fire and Police Commission panel decided to uphold Manney’s firing from MPD, and ruled that his use of force in this case violated policy.

Meanwhile, a Milwaukee County Board committee on Tuesday, July 21st voted 5-0 to establish a task force to organize a memorial for Dontre Hamilton.