One of the East Side robberies led to shots being fired. That incident occurred near Bartlett and Kenwood.

"There was just a bang. Some screams, and then car doors and screeching tires," a neighbor told FOX6 News.

It was around 1:30 a.m. Wednesday when police say a suspect fired shots at a victim -- luckily missing that person.

"Too close to feel comfortable," a neighbor said.

This was one of 11 robberies occurring overnight Tuesday and into Wednesday. The eight taking place on the city's East Side occurred at the following locations: 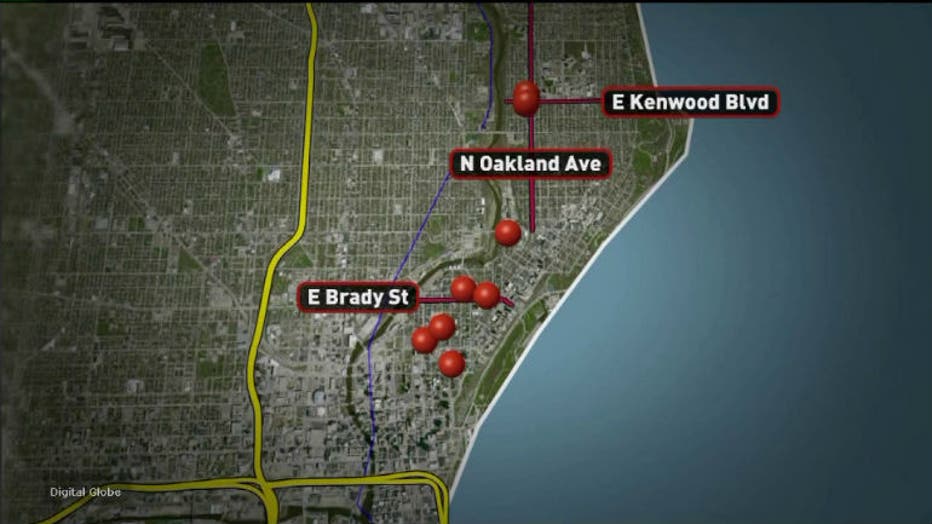 In each of the robberies, police say a group of suspects approached the victim or victims as they were walking or parking their cars -- demanding valuables while threatening the victims with a gun or blunt object.

Police say one of the robberies led to a police pursuit, but police eventually stopped the chase.

Police are describing the suspects as being part of a violent street gang -- not afraid to get into a chase with police.

"It's a very violent gang, if you will. We know they're armed," Milwaukee Police Lt. William Beauchene said. 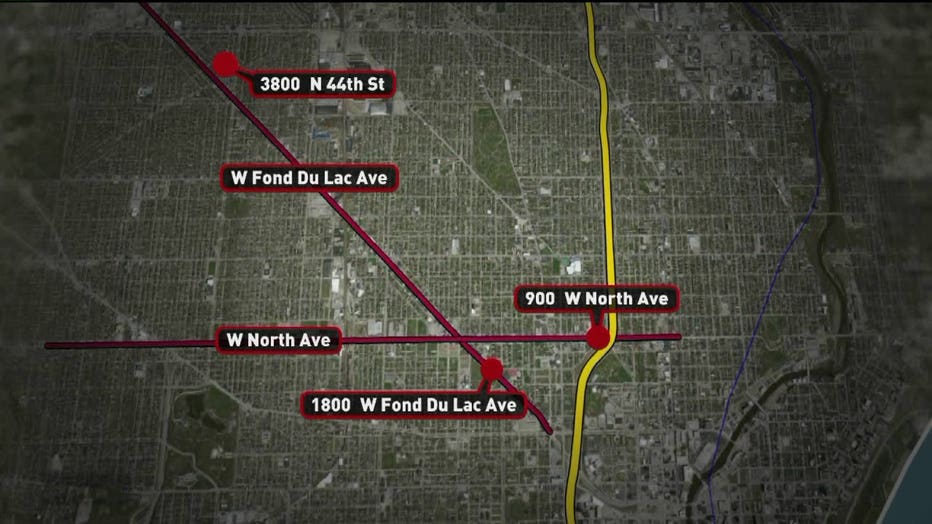 "We're looking for them at this time -- targeting different robbery crews in the city through intelligence-based policing," Lt. Beauchene said.

Police are now warning folks to be alert.

"We all have a tendency to go to our phones and are looking down and not paying attention to what`s going on.  That`s a prime, prime target for a suspect," Lt. Beauchene said.

Police tell FOX6 News they have arrested two teenagers in connection with the robberies occurring on the North Side.

We're told other suspects have been identified, but not yet taken into custody.

Police are looking into whether these robberies are connected to vehicle thefts and two high-speed chases occurring in Greenfield Wednesday afternoon. Three teenagers are in custody in that case.

Police are also looking into whether these 11 robberies are connected to other robberies occurring in the city.