Up to 1,000 protesters gathered about 2 p.m. Saturday for a peaceful march in solidarity with unrest and violent demonstrations in Portland. By 4 p.m., crowds had broken away from the protest, setting fires to construction trailers at the Juvenile Detention Center and attacked camera crews.

Police reported multiple explosions in the area and multiple fires, including one inside the East Precinct, where rioters breached a security fence to vandalize the building. Police are investigating "possible explosive damage" to the walls of the East Precinct and explosives being thrown at police.

There are also reports of a Starbucks on fire. 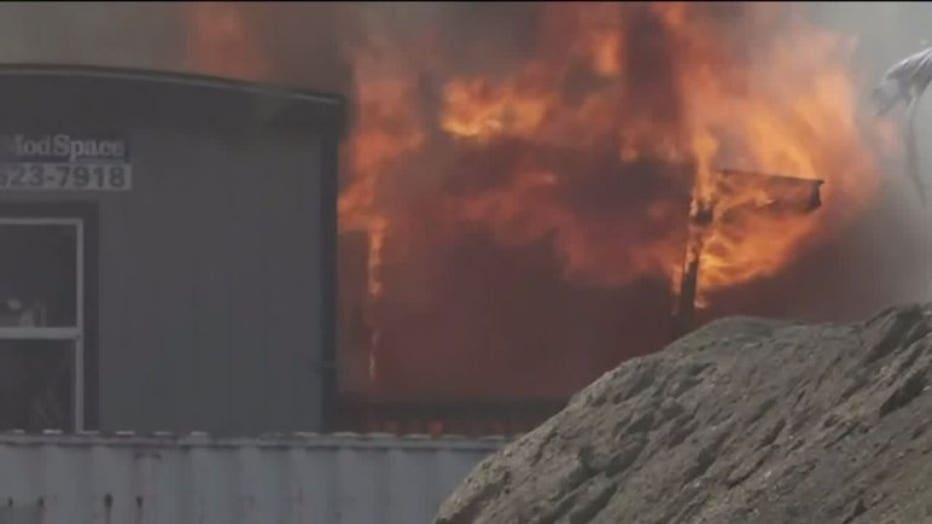 This is the third day this week rioters have targeted businesses and government buildings and the second day this week with reports of officers injured. On Sunday, 12 SPD officers were injured and one was sent to the hospital with a neck burn after being hit with fireworks.

Police are able to use pepper spray and blast balls to disperse the crowd after a federal judge intervened Friday night and blocked a Seattle City Council ordinance banning police from using them.

Federal agents have also been deployed to Seattle to protect federal buildings. It's unclear if their role has changed since the riot was declared.

For updates to this story, visit q13fox.com.