MILWAUKEE (WITI) -- A saxophone player who says she was assaulted while playing outside Summerfest had the opportunity to meet Buddy Guy on Saturday night, July 6th. 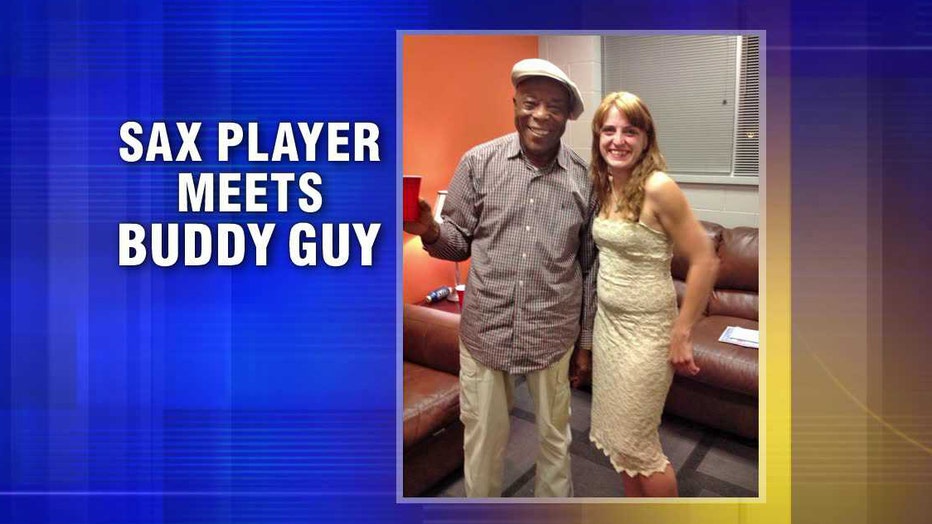 Cassandra Struve says she was assaulted outside of Summerfest by a group of women, and says the crime was racially motivated.

Struve entertains the crowds as they leave Summerfest. But lately, the music has been muted; stifled by piercing headaches and bruises on her face.

"Migraines, tonight, it's like whistling inside of my head," said Struve.

Struve says a woman ran up to her and hit her as she played "Minnie the Moocher" on her saxophone.

"Her daughter comes out of nowhere and she actually hit me three times," said Struve.

Struve says she pushed back.

"As they walked away, they were saying 'white saxophone playing B word,'" said Struve. "I was upset and crying instantly because I knew that when she hit me, she hit me with only racial hate."

"Disorderly conduct and battery only and they should not get that, they should get a lot higher of a charge because they did that out of hate," said Struve.

Struve is now asking the accused by charged with a hate crime.

After the assault, Struve ended up in the emergency room and had a CT scan. She does not have health insurance and she plans on suing the women to help pay for her medical costs.

On Saturday, Struve was provided an opportunity to meet and share her story with Blues musician Buddy Guy. Guy shared some of his own life experiences with Struve and encouraged her to keep playing.