A University of Wisconsin-Milwaukee researcher says hundreds of homes in southeast Wisconsin could end up in Lake Michigan. Now, there is an effort to protect it.

MILWAUKEE - A University of Wisconsin-Milwaukee (UWM) researcher says hundreds of homes in southeast Wisconsin could end up in Lake Michigan. Now, there is an effort to protect it.

Nancy Watson and her husband bought lakefront property in Racine County to have views of the sunrise over the water.

"It’s so beautiful in the morning," said Watson, "I love the house. I loved building it." 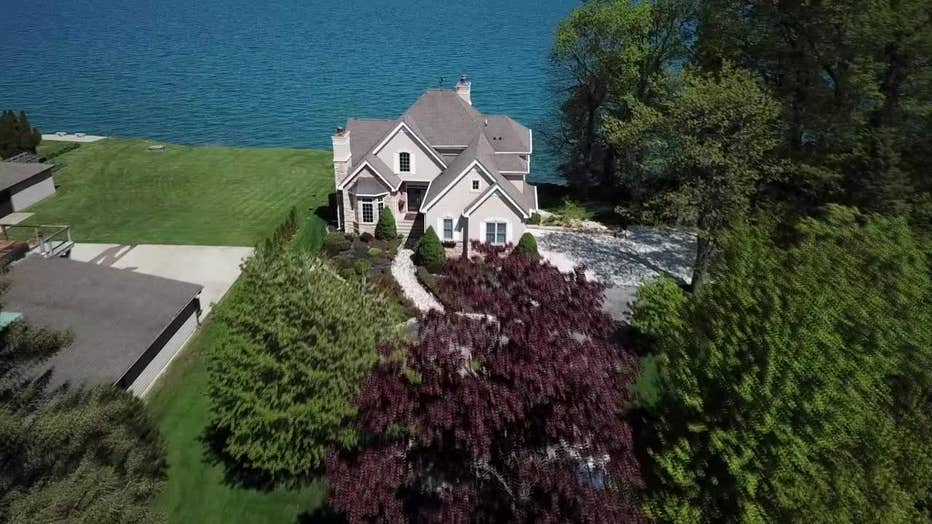 When the Watsons started building in 2001, they had a big backyard and not a care in the world.

"It didn’t seem like we were having a problem, it was very sneaky," said Watson. "Then the water went up, and kept going up."

Watson said the real wakeup call came in 2019. Some lakefront houses, including one only a few miles down the road from Watson, were teetering on the edge. A few had to be demolished.

"I was getting really frightened with how fast it was going to go," said Watson. 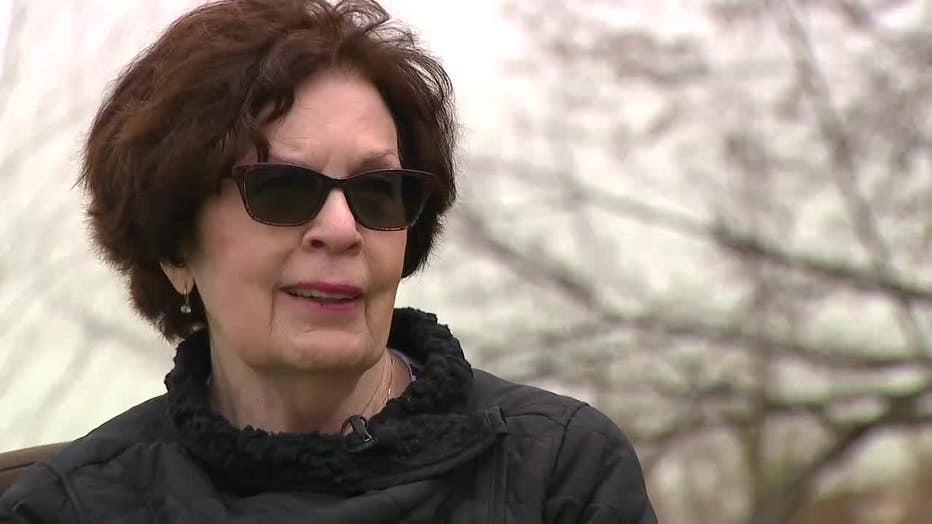 Neal O’Reilly with UW-Milwaukee has been studying erosion since the 1980s. He is the university’s director of conservation and environmental sciences.

"It’s complicated is the answer, so the solution isn’t easy," said O’Reilly, "The issue is really money because we’re talking big, expensive solutions. I’m not sure our government is ready."

O’Reilly said while Lake Michigan water levels peaked in 2020, they have been high before. They’ll be high again. The difference now is people have built by the lake -- tearing down the natural trees and vegetation that used to protect the shoreline.

"It’s not that the lake is eating away at the bluff," said O’Reilly. "It’s that the bluff slumps down into the lake when it becomes unstable." 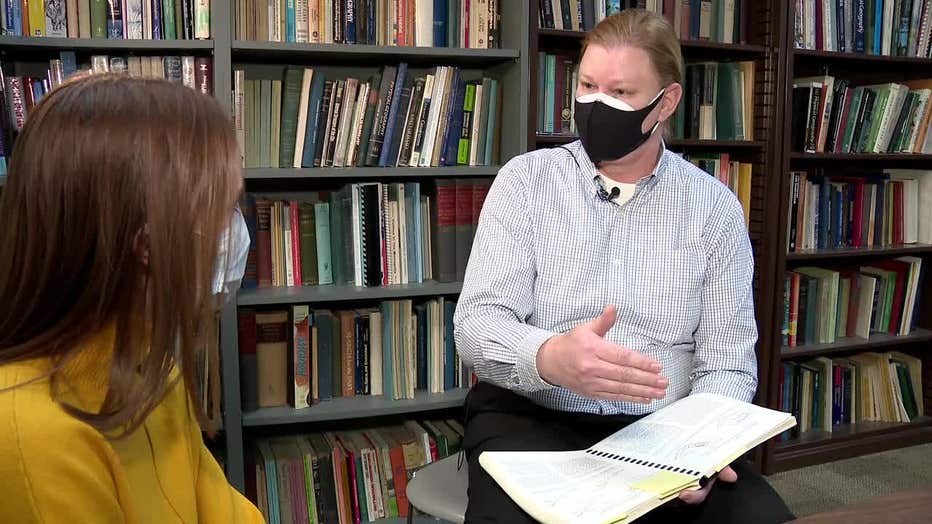 That means saving the shoreline is up to the people who own the land.

Tom Stolp is the executive director of the Ozaukee Washington Land Trust.

"The destiny of this land and whether our community has a nature preserve or not is in the hands of the community," said Stolp. 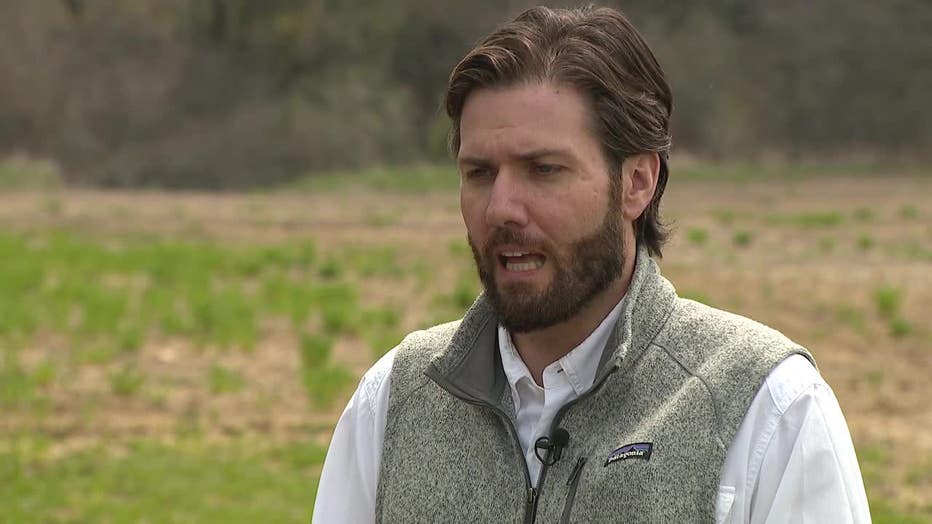 The nonprofit is working to preserve 131 acres of lakefront property off Lake Shore Road in Ozaukee County. However, to turn the ¾ of a mile of shoreline into a nature preserve, the nonprofit will need to raise an additional $1.5 million by September. If not, a developer could buy the land instead.

The nonprofit was set to receive a more than $2 million grant from the Knowles Nelson Stewardship Fund to buy the property. However, the grant was stopped when a state legislator anonymously objected. 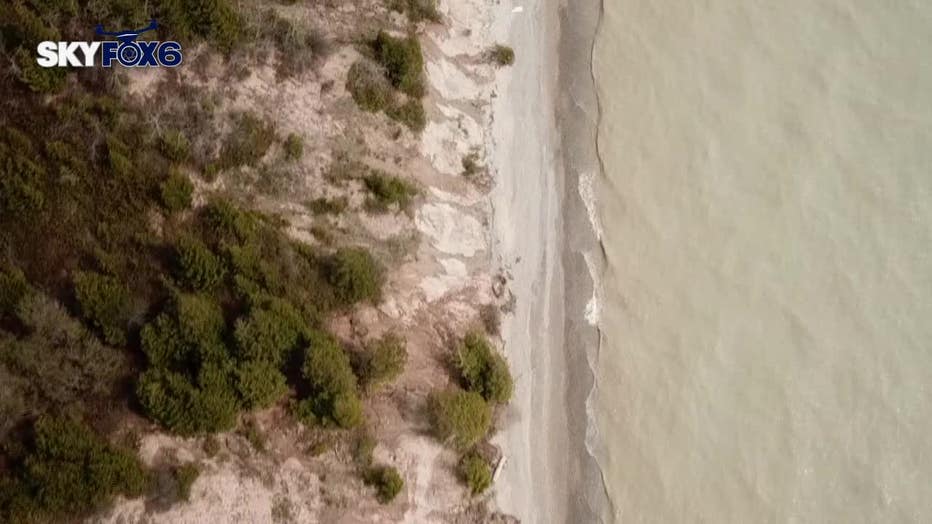 "Keeping development cited in sensible places, not so close to this important natural area, is something we’re supportive of," Stolp said.

As for Nancy Watson, she does not regret building.

However, Watson has advice for people with lakefront dreams.

"Look up some good excavators. Get that fixed right away," Watson said. 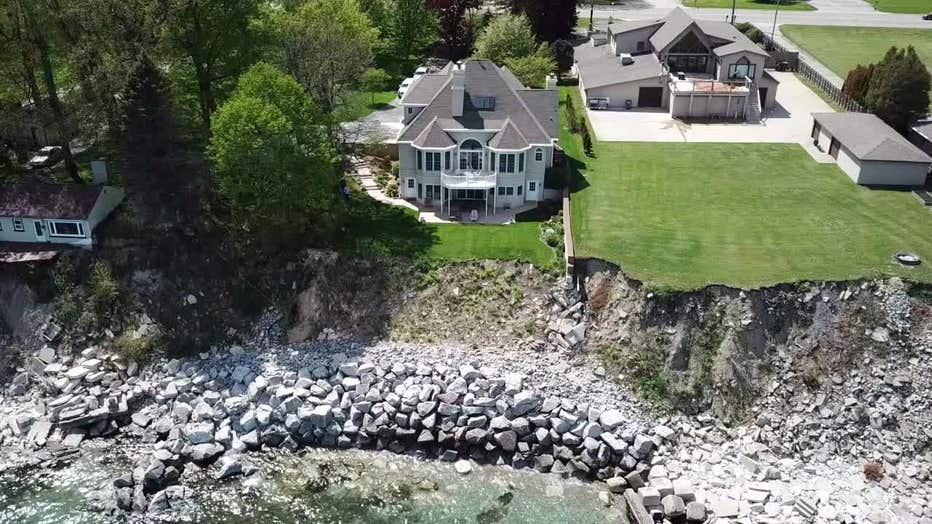 In 2020, Watson spent more than $300,000 to embed granite into the clay in front of her property. She feels confident her house will stand for decades to come, but has her home on the market as she looks to downsize. Watson wants people to understand that with great views comes great responsibility.

"I think it’s the burden you take on when you want to put a property on a lakefront because water will take what it wants, unless you do something really important to stop it," Watson said.