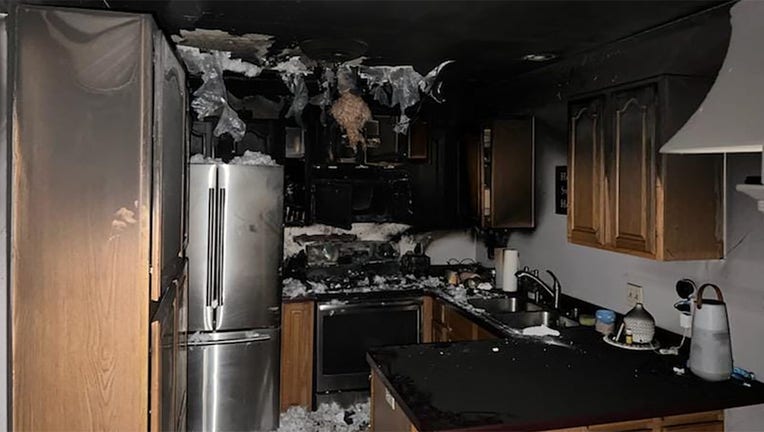 Fire near Dries and Heilmann in Saukville

Fire crews were called to the home near Dries and Heilmann around 12:15 a.m. Sunday morning, July 17. Officials said there was a strong smell of natural gas, and meters detected high levels of carbon monoxide.

The fire department said, upon entry, it was determined there was a kitchen fire earlier in the night. No one was home, but there had been two dogs inside.

The neighbor who reported the incident was able to get one dog out right away before crews arrived, officials said, but the other was not rescued in time and died.

It took roughly three hours to deem the scene safe. The Grafton and Port Washington fire departments, as well as Saukville police, helped with the response.