Santa gets a boyfriend in the Norwegian postal service’s new Christmas ad, where he pays special annual visits to a man named Harry until he eventually enlists some help from Posten to deliver presents so he can stay with him. (Credit: Posten Norge via Storyful)

The commercial, titled "When Harry Met Santa," begins with a man (presumed to be Harry) going downstairs to get a glass of water when he hears a loud thud.

Harry then walks into the living room to find Santa Claus dropping off gifts, but then he suddenly vanishes.

The commercial progresses, showing snippets of Harry’s life, and each Christmas, it seems as though he and Santa Claus become fonder of one another.

One Christmas, Santa even wakes Harry, who fell asleep on the couch, and tells him he’s snoring. Santa reassures Harry he’ll be back to visit next year and gifts him a trinket, later revealed to be a quirky figurine with glasses and messy hair. 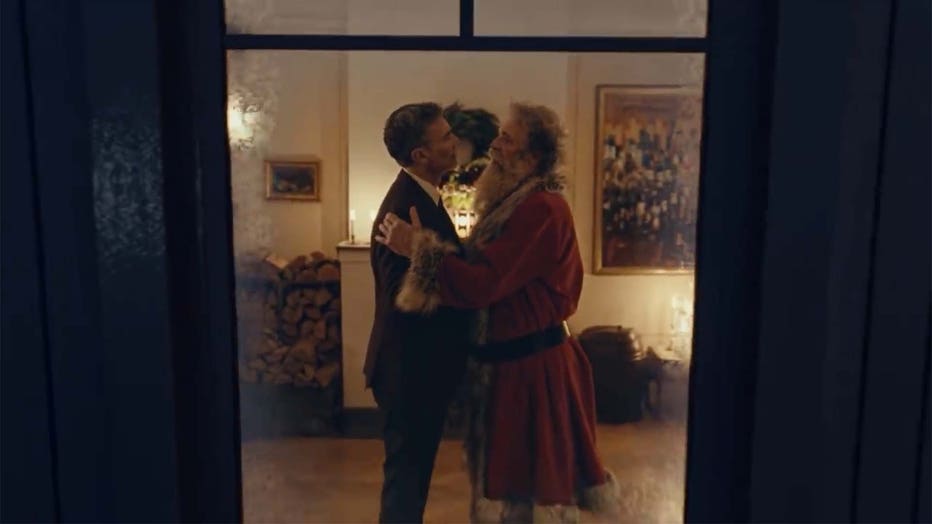 Another Christmas scene shows Santa performing a magic trick for Harry and then the commercial starts to rapidly progress through several Christmas meetings between Harry and Santa. The two appear to be enjoying each other’s company with every visit.

Harry then seems to lament his once-a-year visits with Santa and is seen writing a letter, telling Santa, "All I want for Christmas, is you."

Harry is then seen standing in front of his fireplace, presumably waiting for Santa to appear once more, but he gets an unexpected visitor at his door.

A postal worker is standing outside Harry’s house and gives him several packages. Upon his return to the living room, Harry finds Santa waiting for him.

"Well, I arranged some help this year, so I can be with you," Santa tells Harry.

RELATED: Experts: Love for the holidays isn't just within your heart; it's in the brain

Santa and Harry then kiss and a message from Postern Norge appears, saying the commercial celebrates "50 years of being able to love whoever we want."

Norway decriminalized homosexuality in 1972, according to LifeinNorway.net.

"Then in 1981, Norway became one of the only countries in the world to include sexual orientation in an anti-discrimination law," the website continued.

The country made gay marriage legal in 2009 and it was also made acceptable in the Lutheran Church of Norway in 2017, according to LifeinNorway.net.