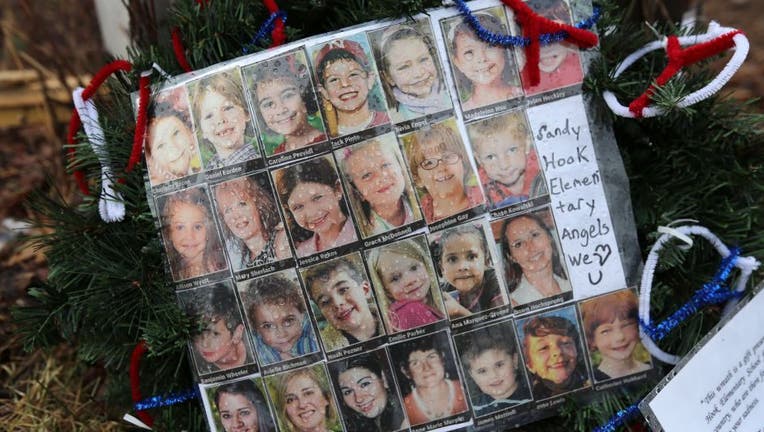 Photos of Sandy Hook Elementary School massacre victims sits at a small memorial near the school on January 14, 2013 in Newtown, Connecticut. (Photo by John Moore/Getty Images)

On Dec. 14, 2012, 20 first-graders and six educators were shot and killed by Adam Lanza, 20. Before the school shooting, Lanza shot his mother to death at their Newtown home. He killed himself as police arrived at the school.

The tragedy will reportedly be marked by a virtual interfaith service that was moved online because of concerns over the coronavirus pandemic. 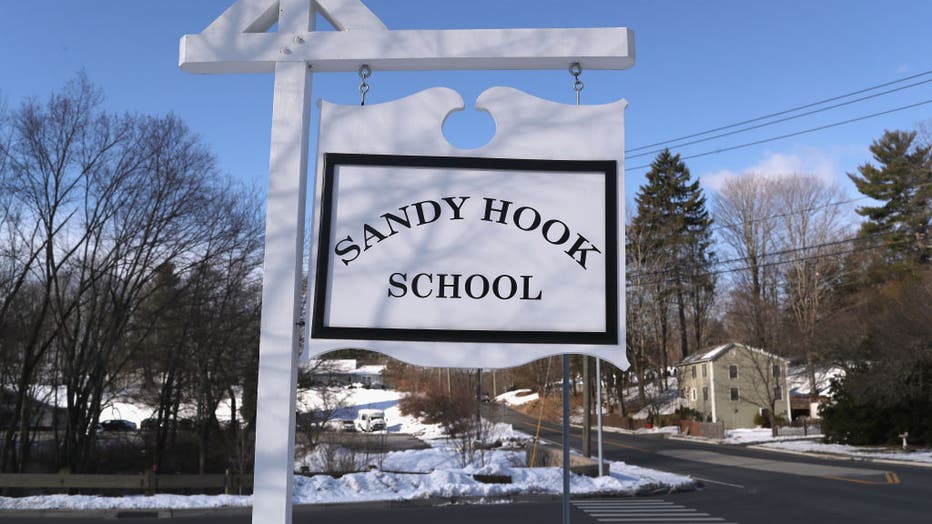 SANDY HOOK, CT - MARCH 14: A sign stands near the site of the December 2012 Sandy Hook school shooting on the day of the National School Walkout on March 14, 2018 in Sandy Hook Connecticut. (Photo by John Moore/Getty Images)

“As is consistent with past years, there are no public events,” Newtown First Selectman Daniel Rosenthal told the Hartford Courant.

The service is being live-streamed and available at the Newtown Congregational Church YouTube channel at NCC-CT and the St. Rose of Lima Roman Catholic Church at 7 p.m.

A  multi-million dollar memorial for the victims called 'The Clearing' is in 'an advanced design and development stage,' reported the Courant.  It will feature a walkway coiling around a water feature, names of the victims along its edge and a sycamore planted in its center. Residents will be asked to vote on the memorial in April.

Last year, the Supreme Court ruled that a survivor and relatives of victims could pursue their lawsuit against the maker of the rifle used in the massacre.

The justices rejected an appeal from Remington Arms that argued it should be shielded by a 2005 federal law preventing most lawsuits against firearms manufacturers when their products are used in crimes. The lawsuit said the Madison, North Carolina-based company should never have sold a weapon as dangerous as the Bushmaster AR-15-style rifle to the public.  It also alleged Remington targeted younger, at-risk males in marketing and product placement in violent video games.