RACINE (WITI) -- Racine police have announced the passing of Racine K-9 officer "Marco." Police say an aggressive lung cancer was discovered, and Marco had to be put down on Monday morning, September 29th.

The Racine Police Department has issued the following statement: 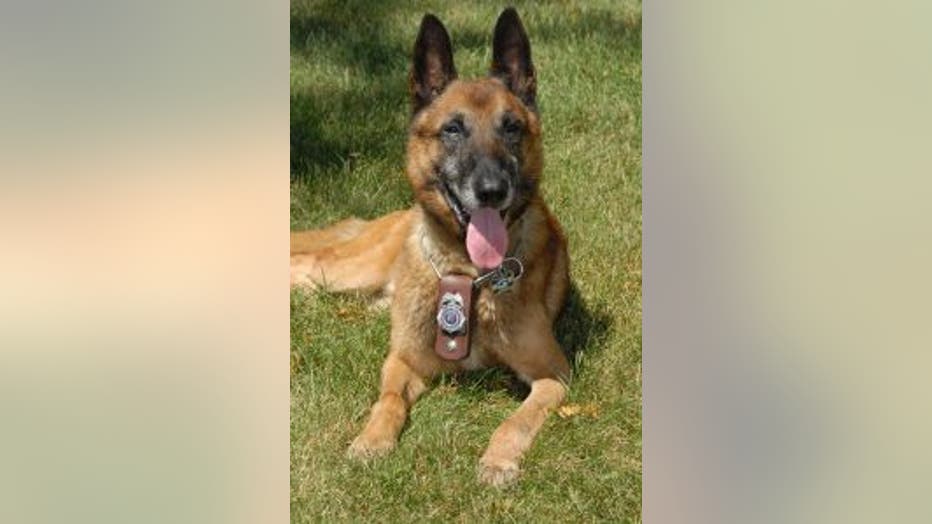 "It is with great sadness that we announce the passing of recently retired K-9 Marco. An aggressive lung cancer was discovered and Marco had to be put down this morning. We are so thankful for the support of the community who donated towards Marco’s emergency surgery earlier this spring. He was loved by our community and was a beloved member of our department.

K-9 Marco joined the Racine Police Department in late 2005 and became partner and best friend to his handler, Officer Tim Waystedt. Marco had a long and distinguished career with our department, assisting officers in locating narcotics and capturing offenders. Marco will be sorely missed as we remember his loyal service and constant friendship."

In May, Marco's life almost came to an end. The dog was discovered bloated and ill. He had to have emergency surgery for gastric torsion -- a twisting of the stomach that is fatal if not treated.

The community stepped up to donate money towards Marco's surgery and treatment.