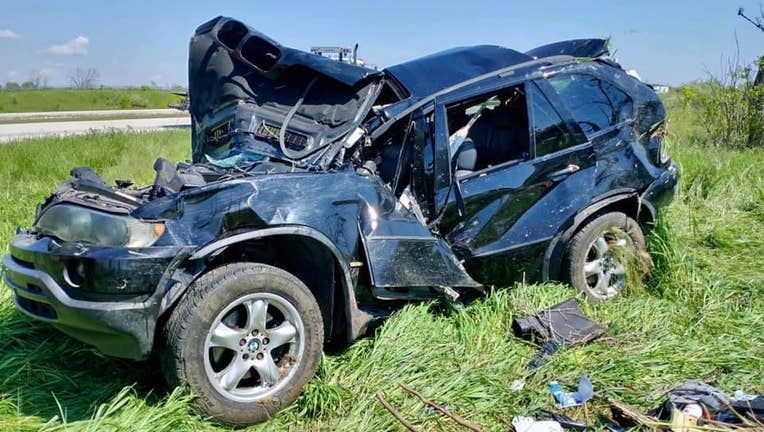 PORT WASHINGTON, Wis. - Two people were transported to the hospital on Tuesday, June 1 following a single-vehicle rollover accident on Interstate 43 near exit 100 in Port Washington.

The Ozaukee County Sheriff's Office said the driver of the vehicle, which had Illinois plates, lost control and left the roadway, overturned multiple times and hit a tree.

High speed and erratic driving appear to be factors in the crash, the sheriff's office said.