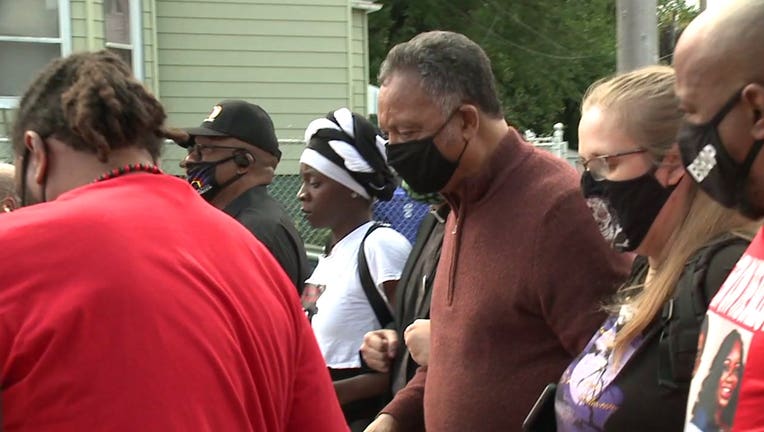 KENOSHA, Wis. - Reverend Jesse Jackson, the family of Jacob Blake, and nearly 100 people marching in Kenosha in solidarity. They're demanding justice for Breonna Taylor, as well as Blake.

That march ended at Grace Lutheran Church where the civil rights leader, along with local activists and clergy continued the calls for fairness and justice -- regardless of skin color -- and pressing home the importance of if change doesn't happen, then it must come through the power of one's vote.

The march winded roughly a half-mile through neighborhoods to Grace Lutheran Church on 60th Street. 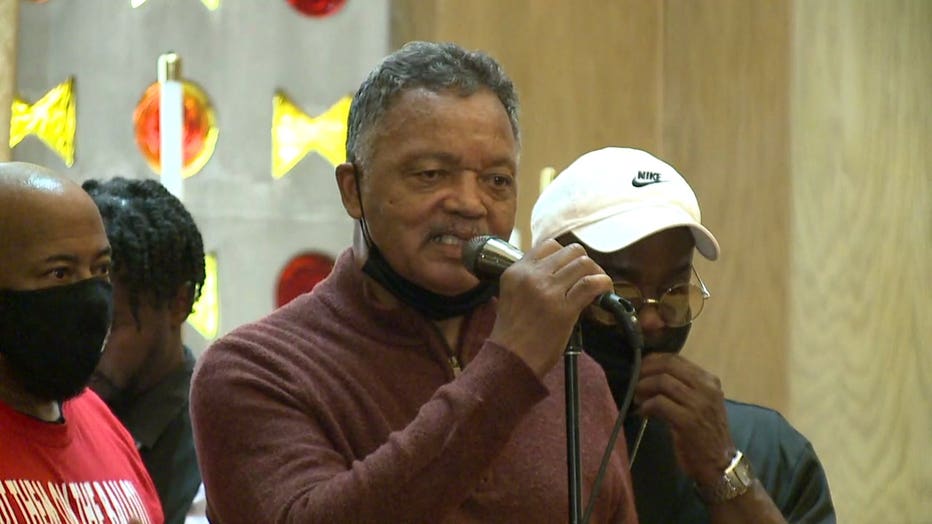 "This coalition here; black and white, together — excites me," Rev. Jackson said.

"We are in a very perilous season here. Fires in California, floods in the south, COVID-19, epidemic everywhere. 'COVID-1619' racism everywhere and a president who seems to be indifferent to it," Rev. Jackson said. 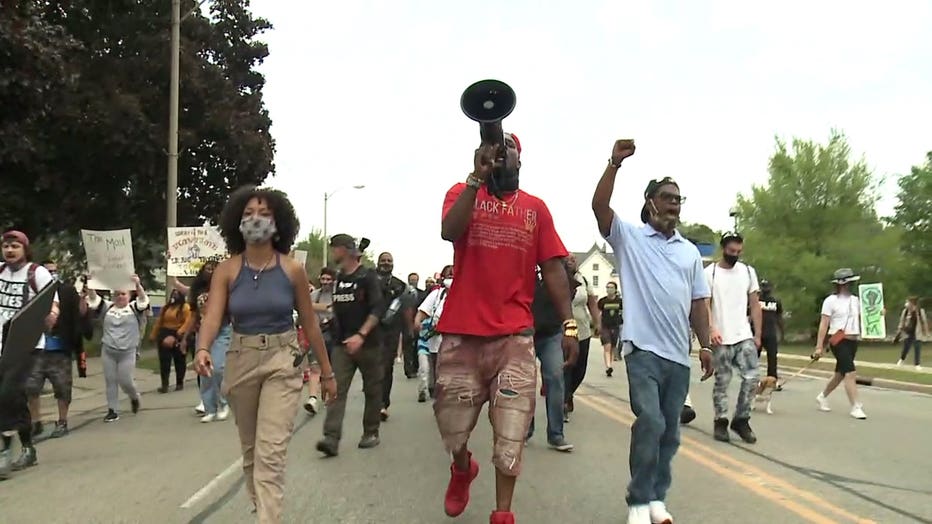 Speakers stressing the importance of unity.

"We got to move as one," Nick Dennis said.

To bring about change.

Jacob Blake's uncle and others standing in solidarity with those demanding justice for Breonna Taylor, as well as Blake who is now paralyzed after being shot in the back seven times by a Kenosha police officer late last month. He's demanding the officer be charged. That investigation by the state DOJ is now in its final stages.

"Our nephew didn't deserve what happened to him," Justin Blake said.

And that what happens on November 3rd is a part of the change being demanded.

"Voting is important, you guys. A lot of people have come before us, so don't let anyone tell you 'it doesn't matter,' 'my vote doesn't matter.' It absolutely does," Tanya McClean said.

"The whole country is watching us in Kenosha, and this can make a big difference," said Rev. Jonathan Barker of Grace Lutheran.

"And that is why we are going to continue this fight to make sure that we do not get the same exact treatment. We're going to keep doing this fight the right way, having good trouble," Portia Bennett said.

This week, the state DOJ said its investigation will soon be turned over to former Madison Police Chief Noble Wray to review it as an outside expert before it is turned over to the Kenosha County District Attorney for a charging decision.