U.S. Department of Justice to announce launch of “collaborative reform process” with MPD

U.S. Department of Justice to announce launch of "collaborative reform process" with MPD

MILWAUKEE -- A news conference has been scheduled for Thursday, December 17th -- and members of the United States Department of Justice will announce the launch of a "collaborative reform process" with the Milwaukee Police Department. MPD officials asked the feds to investigate the department, and that request has been accepted. Milwaukee now becomes one of nine departments in the country where this will happen.

A statement from the Department of Justice says:

The Justice Department’s Office of Community Oriented Policing Services developed the Collaborative Reform Initiative for Technical Assistance in 2011 as an independent and objective way to transform a law enforcement agency through an analysis of policies, practices, training, tactics and accountability methods around key issues facing law enforcement today.

Officials with the Milwaukee Police Department released this statement:

As has been announced by the U.S. Attorney’s Office, there will be a press conference on Thursday, December 17 regarding the status of Chief Flynn’s request for Collaborative Reform with the United States Department of Justice.  When the Chief made the announcement on Tuesday, November 10, the media was provided the following link to a FAQ on the Collaborative Reform Initiative, which notes, in part, that Collaborative Reform is neither a formal investigation nor a consent decree but rather a “proactive, nonadversarial, and cost-effective form of technical assistance” for agencies committed to reform. 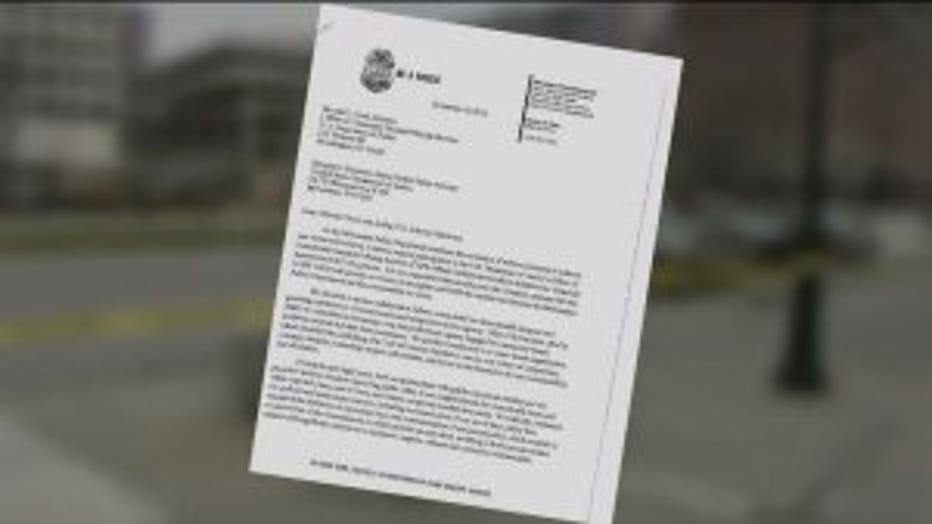 In November, FOX6 News told you Chief Flynn had reached out to the U.S. Attorney and Director of Community Oriented Policing Services, requesting a collaborative reform agreement with the Justice Department and Milwaukee Police Department.

That came in the wake of the decision that the U.S. Justice Department will not seek federal civil rights charges against former Milwaukee Police Officer Christopher Manney for the death of Dontre Hamilton at Milwaukee's Red Arrow Park on April 30, 2014.

Chief Flynn said, "I am convinced we can withstand any scrutiny."

Flynn also made a point of saying "collaborative reform does not innoculate a police department against a pattern and practice lawsuit."

Milwaukee Mayor Tom Barrett commented on this on Tuesday, and how Flynn's request relates to the Dontre Hamilton case.

"This was a decision made in Washington, D.C. -- or certainly with the approval of Washington, D.C. at the federal level and it is my hope that what we can do moving forward is we can make sure that our police department can do what it can, so that our officers are trained. The police chief today announced that he is asking the U.S. Department of Justice to work with us on a collaborative basis, to the city of Milwaukee Police Department. This is done with full transparency. We are hoping that we will be able to gain insights from other communities, other police departments -- that we can use best practices and that our police officers will then be better trained. I'm very supportive of the efforts of our police department and our police chief to partner with the federal government so that we can better train our officers and make sure that we have all the most up to date and appropriate training. I think our police department has done a very good job up to this point and I'm confident they'll be able to keep doing that," Mayor Barrett said.

"My gut reaction is I don`t have a hell of a lot of confidence in the federal government to get anything right these days, and my experience with the Justice Department has not been all that positive," Milwaukee Alderman Bob Donovan said.