MISSISSIPPI -- A bipartisan group of lawmakers in Mississippi this week began to draft a resolution to change the state’s flag, as calls have grown to remove the Confederate battle emblem, according to a report.

Mississippi is the last state with the Confederate symbol on its flag, Mississippi Today reported. 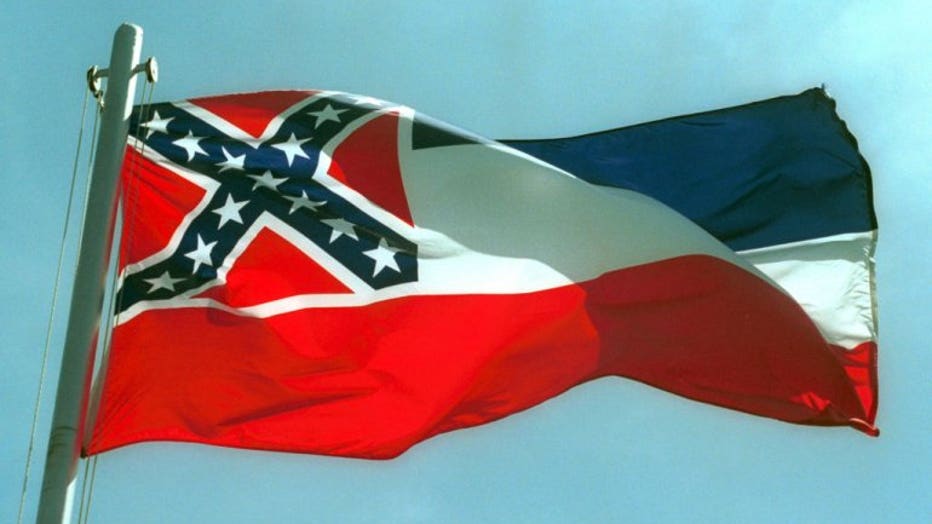 The Mississippi State flag. Voters will decide whether to replace the state's old flag, which sports the Confederate battle cross, with a new flag that would have 20 white stars on a blue square. (Photo by Bill Colgin/Getty Images)

Confederate symbols have become a flashpoint in the protests that have sometimes turned violent and destructive.

Over the weekend, vandals tore down a Confederate statue in Richmond, Va., and Virginia Gov. Ralph Northam has said a Gen. Robert E. Lee statue in the city will be removed.

Republican Mississippi Gov. Tate Reeves said residents voted "overwhelmingly" to keep the flag in 2001, adding he doesn’t plan to take any action himself to change the flag, according to WAPT-TV in Jackson.

"If and when Mississippians decide that they want to change the flag, and I think at some point they will, it ought to be the people of Mississippi," Reeves said.

About a dozen lawmakers from both sides of the aisle met on Monday with the Speaker of the State House Philip Gunn, a Republican, to discuss changing the flag, Mississippi Today reported.

Gunn has been supportive of the idea in the past and said he would back a suspension resolution to consider changing the flag if there’s enough Republican support in the House.

Two-thirds of the state House would need to vote to suspend the rules to consider the resolution.

It would then go to the Senate and would eventually need to be signed by Reeves.

Lt. Gov. Delbert Hosemann, who presides over the Senate, has said voters not lawmakers should decide the flag's fate, but several senators told Mississippi Today he could be receptive to the idea.

Under the resolution, the flag would be replaced by an alternate design created by artist Laurin Stennis that is currently an authorized vehicle tag.

"I think that the change will bring about a flag and a symbol that is evocative, rather than provocative," Stennis said, according to WAPT. "And I think that’s so important, and that’s how you know the state flag is doing its job."

Dozens of bills to change the flag are filed in the state House and Senate each year but they have all died in committee, Mississippi Today reported.