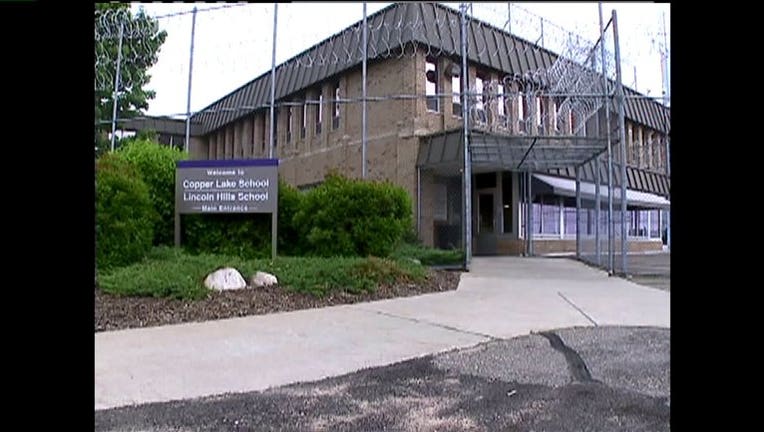 MADISON, Wis. - Wisconsin's juvenile prisons made a "vast improvement" in meeting court-ordered changes and in overall atmosphere since December, the latest report released Tuesday from a monitor found.

The positive report from court-ordered monitor Teresa Abreau was based on a March visit to the Lincoln Hills School for Boys and Copper Lake School for Girls. It came after a report on her December visit detailed worsening conditions.

There continues to be concern regarding programming, use of force, restraints, and other issues, the monitor said, but noted: "There has been vast improvement in many areas of the consent decree and overall atmosphere from the last site visit."

The report said the use of mechanical restraints on youth decreased 63% between December and February and the use of confining an inmate to their room dropped 36% during the same time. The amount of time an inmate stays in solitary confinement also dropped from an average of 143 minutes in November to 74 minutes in February.

The American Civil Liberties Union and Juvenile Law Center sued the state in federal court over conditions at the juvenile prisons in 2017 on behalf of several youth inmates who challenged the use of solitary confinement and pepper spray. In a settlement reached in 2018, the Department of Corrections agreed to end the use of pepper spray within a year and to prohibit the use of solitary confinement for youths who don’t pose a risk of causing imminent physical harm to others.

The settlement included regular reports from the monitor to see how much progress was being made. The latest report is the ninth one she has submitted.

The monitor praised the prisons, located about 30 miles (48 kilometers) north of Wausau, for retaining a mental health consultant, increasing staff-led activities, adding staff training and development, in-person education, more normalized visitation and use of data in day to day decision-making.

She also said the prisons would benefit from working to decrease the amount of time that inmates are idle, particularly on the weekends.

Wisconsin Department of Corrections Secretary Kevin Carr said the governor's administration was proud of the progress made.

"We look forward to working with the monitor and engaging our staff in areas that can help lead to better outcomes for youth in our care," he said in a statement.

The Legislature passed a law requiring the campus to shut down by July, but lawmakers and Gov. Tony Evers have said they will miss that deadline and have no firm timeline for building the smaller facilities to house young offenders.

Evers is proposing building a new $46 million juvenile prison in Milwaukee County to house 32 young offenders as part of a plan to close the Lincoln Hills-Copper Lake prisons and replace them with smaller, regional facilities.

The state reached settlements totaling more than $25 million in cases brought by families of inmates at the prisons, including a nearly $19 million settlement with a teen who was severely brain-damaged after staff were slow to respond to her suicide attempt. A four-year-long criminal investigation ended in 2019 with no charges being filed.

A 44-year-old Cudahy woman was transported to the hospital with serious injuries following a crash on I-41 in Washington County Tuesday morning.

The Milwaukee County Medical Examiner's Office has been dispatched to the area of 32nd and Fond du Lac Avenue in Milwaukee for a two-vehicle crash.

WI DHS gets $175M+ to support COVID-19 testing in schools

Wisconsin DHS announced the state has received more than $175 million in federal funding to develop a program to support school-based COVID-19 testing in schools.