MADISON — Republican Sean Duffy spent his last day as a member of Congress on Monday, shifting the focus to who will run to succeed him in a rural Wisconsin district at the heart of President Donald Trump country.

Duffy, 47, a former lumberjack and MTV reality show star, was elected in 2010 representing the 7th Congressional District. He made a surprise announcement last month that he would not finish out his fifth term because his ninth baby, due in early October, was diagnosed with a hole in its heart that would require more of his time and attention. 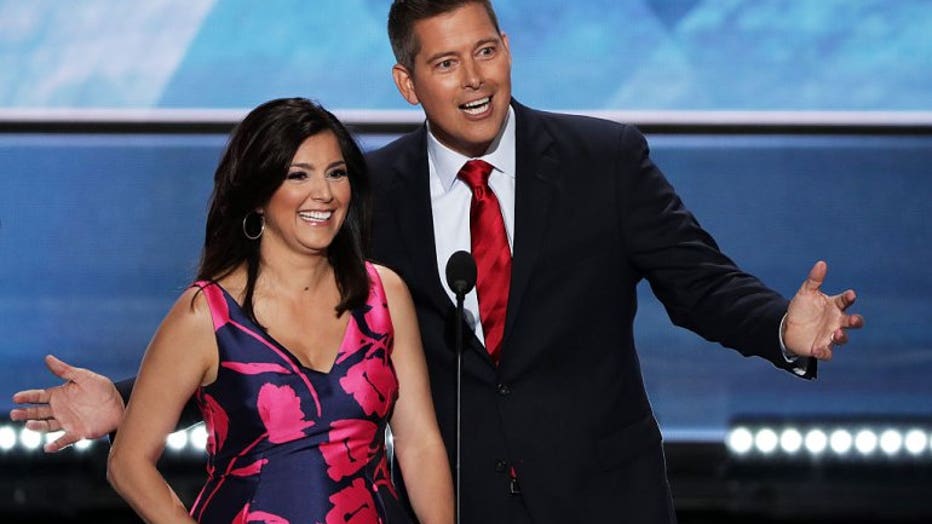 CLEVELAND, OH - JULY 18: U.S. Rep. Sean Duffy (R) (R-WI) along with his wife Rachel Campos-Duffy deliver a speech on the first day of the Republican National Convention on July 18, 2016 at the Quicken Loans Arena in Cleveland, Ohio. An estimated 50,0

"I don't think our founders ever envisioned that to come to this chamber should be a lifetime sentence," Duffy said in his farewell speech on the House floor last week.

Duffy, 47, was one of President Trump's most vocal supporters, frequently appearing on national news shows to defend the president. He also has been mentioned as a possible candidate for U.S. Senate or governor in 2022.

Wisconsin's 7th District covers all or parts of 20 central, northern and northwestern Wisconsin counties and is the state's largest congressional district geographically. In 2012, Republican Mitt Romney carried the district with 51% of the vote, compared with 48% that went to then-President Barack Obama. In 2016, Trump won it by 57% to 37% over Democrat Hillary Clinton.

Republican state Sen. Tom Tiffany is the only announced candidate and has closely aligned himself with President Trump. Jason Church, an Army veteran who lost both his legs in Afghanistan and now works for Sen. Ron Johnson, also is considering a GOP run, as is Cuban-born Wausau thoracic surgeon Fernando "Fritz" Riveron.

On the Democratic side, those considering a bid include state Rep. Nick Milroy, of South Range; state Sen. Janet Bewley, of Mason; former state Sen. Pat Kreitlow, of Chippewa Falls; Wausau attorney Christine Bremer Muggli; and Margaret Engebretson, a political newcomer in 2018 who ran against Duffy and got 38% of the vote.