Remembering Milwaukee Police Officer Kline a year after his passing

There was a memorial in downtown Milwaukee Monday for a Milwaukee police officer who died by suicide in September 2020, with organizers seeking to share an important message.

MILWAUKEE - There was a memorial in downtown Milwaukee Monday, Sept. 13 for a Milwaukee police officer who died by suicide in September 2020, with organizers seeking to share an important message.

Tom Kline was a decorated officer, a military veteran and a guy who, friends say, loved to laugh.  His friends also say he fought depression for years, and a year ago, that illness likely contributed to his death.

It was fitting that Monday night's memorial was held in Cathedral Square. For many years, downtown Milwaukee was Officer Kline's beat. Storeowners knew him and praised the way he would frequently check in on them.

"Tonight, the message with, a reminder to check in on your friends and co-workers, especially during times of stress. When Tom died and especially, the manner in which he died, by suicide, it really took the wind out of our sails. Let’s really, really, really go out of our way, if you even suspect anything, to just take that temperature check on someone. How are you doing? Are you OK?" said Milwaukee Fire Chief Aaron Lipski. 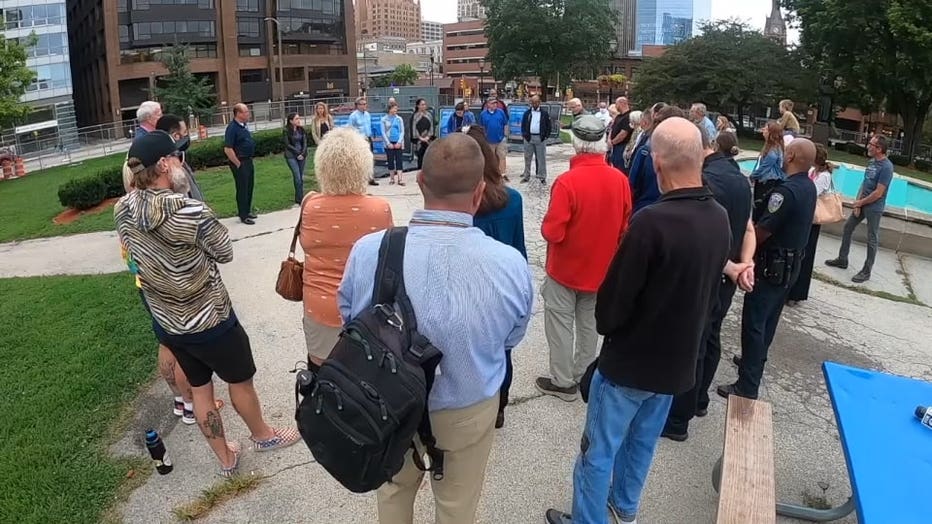 We thought on this night, we should take you back and give some perspective to what Officer Kline and other officers were dealing with last year. Below is the story we did the day after Officer Kline died by suicide. It's a story his family wanted told to help others.

We want to provide you with a resource right now. The National Suicide Prevention Lifeline is available 24 hours a day, seven days a week. If you or someone you know is struggling with mental health and thoughts of suicide, the number is 1-800-273-TALK.

MPD mourns current, former officers who died by suicide in past week

As fall creeps in, the echoes of a long summer still ring in the minds of police, and the tension of nightly protests has taken its toll on officers' mental state.