MILWAUKEE -- Milwaukee and state leaders honored the victims of the terrorist attacks on September 11th, 2001 with a special ceremony at the Milwaukee War Memorial Center on Monday, September 11th. 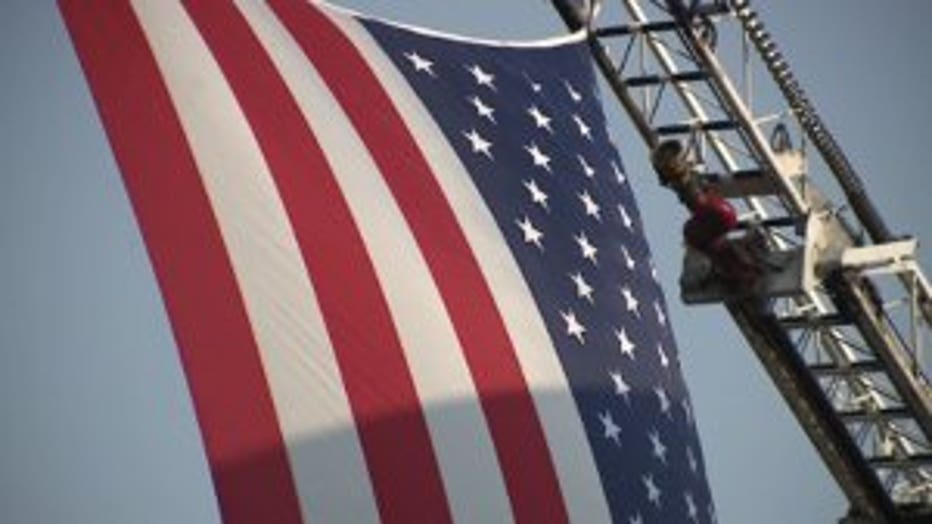 The mood was somber as the crowd in Milwaukee remembered the 9/11 attacks. 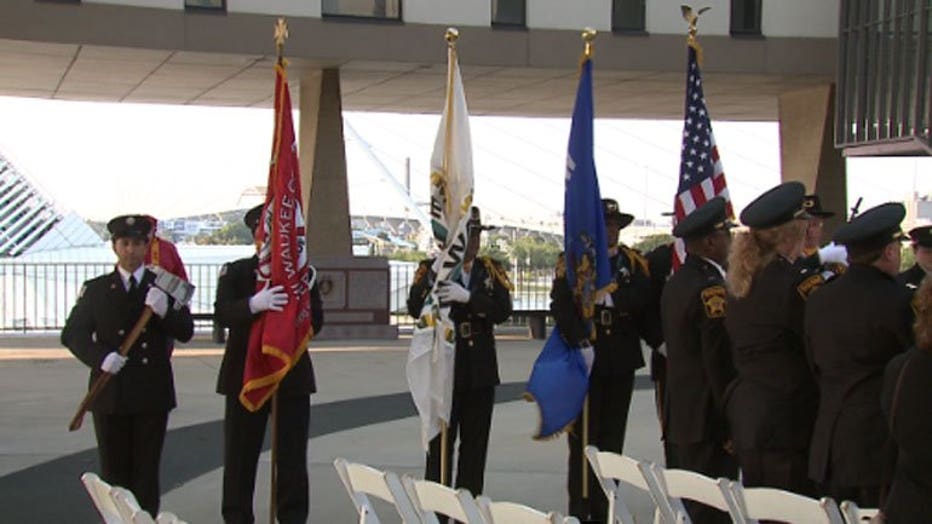 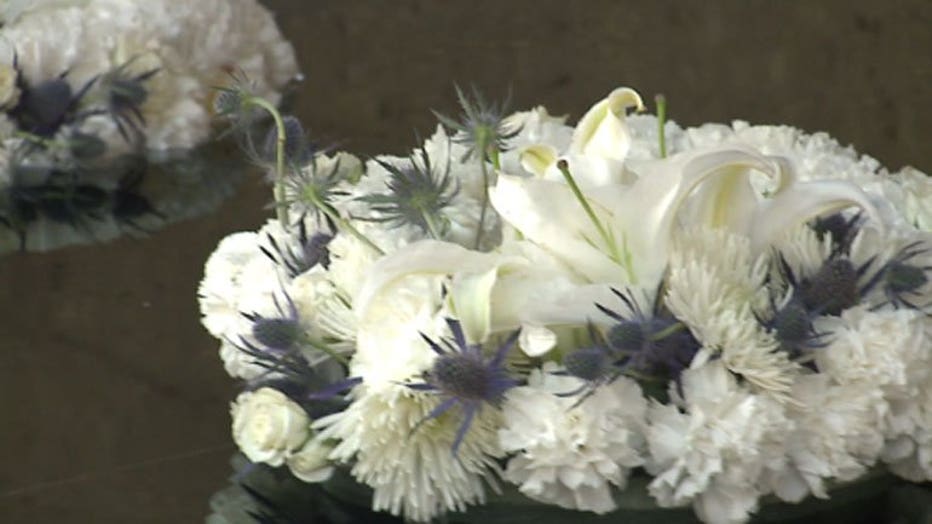 Wreaths were laid to represent the branches of the military and first responders who gave the ultimate sacrifice that fateful September day. 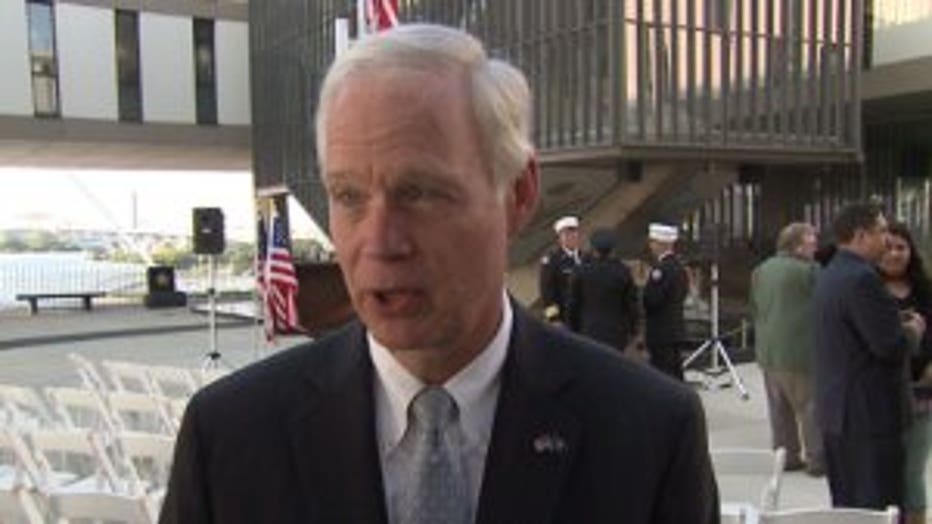 Sen. Johnson recalled those who ran into harm's way, in the face of terror.

"Walking into danger to save their fellow citizens lives, that is America. That is quintessentially American," said Sen. Johnson.

This ceremony was particularly important to Mark Shapiro, president and CEO of the Jewish Community Center in Whitefish Bay.

"Our JCC found itself under the stress and threat of terror," said Shapiro. 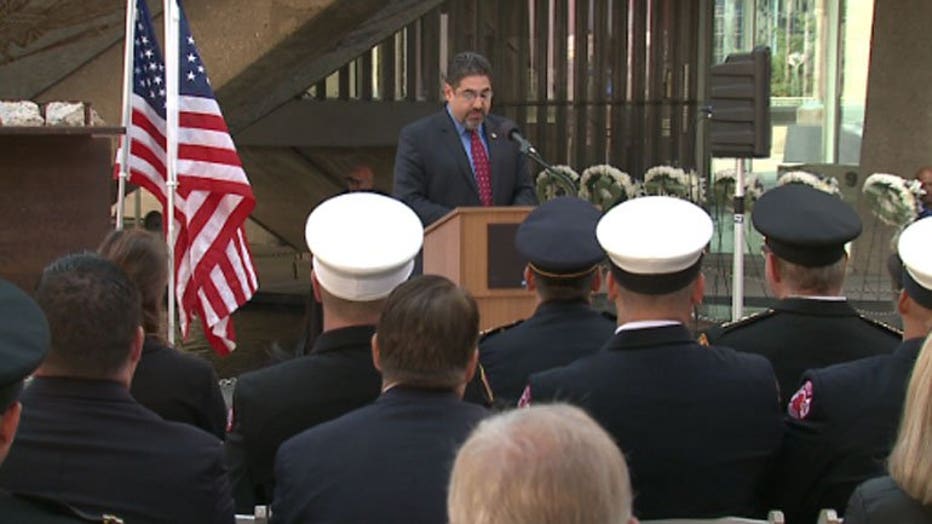 Four times this year, there were bomb threats at the center.

"It takes the community to get through these times. It takes trust and conviction, dedication and courage to keep going even when times are scary," said Shapiro.

The ceremony served as a reminder not to take for granted those who serve and protect, and to never forget those who gave the ultimate sacrifice.

"The freedoms we have don't come without cost and sacrifice," said Abele. 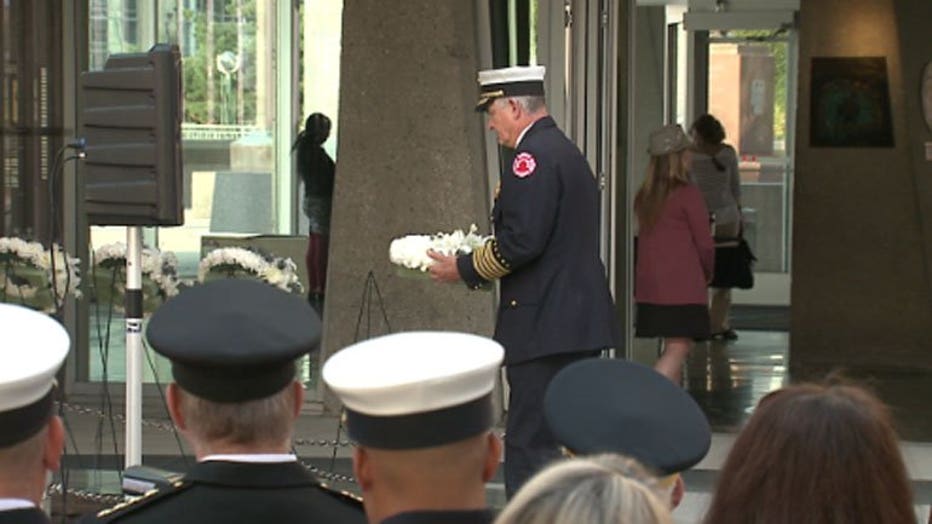 This was one of several 9/11 events in our area. The Milwaukee and Wauwatosa Fire Departments were at Miller Park displaying a giant flag and 343 helmets -- one for each firefighter killed in the attacks.