MINNEAPOLIS -- Records show a subcontractor involved in a fatal accident at the Minnesota Vikings stadium (U.S. Bank Stadium) construction site has received numerous citations for safety violations at its worksites.

A Berwald Roofing Co. employee was killed and another was injured at the U.S. Bank Stadium construction site in Minneapolis Wednesday, August 26th.

Public records show Berwald has received nine citations for serious violations in the past five years — many for workers failing to use safety harnesses.

One owner, Eugene Berwald, says the company stresses safety, but can't always control its workers' actions, including failing to hook up their harnesses. Berwald says he doesn't know if the employee who died, Jeramie Gruber, was wearing a safety lanyard.

Work resumed on the stadium Thursday. Berwald says his employees will not return before the weekend. 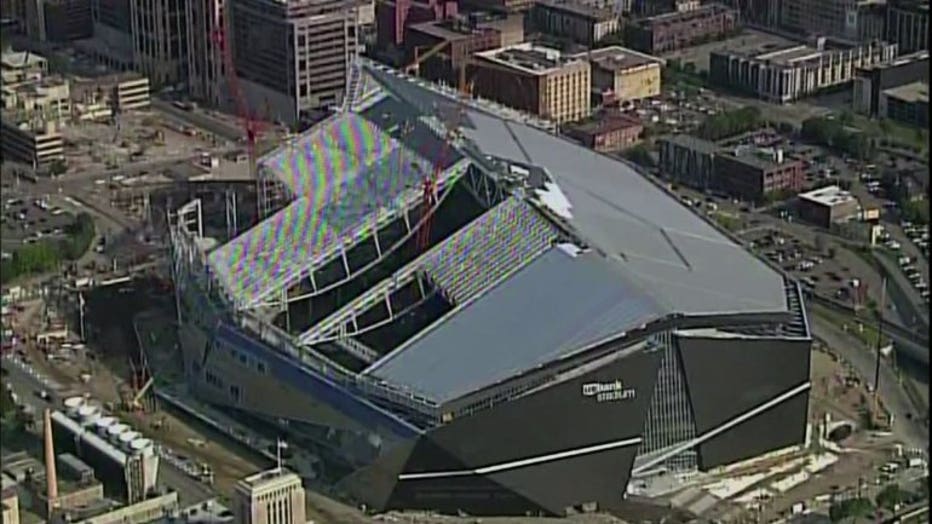