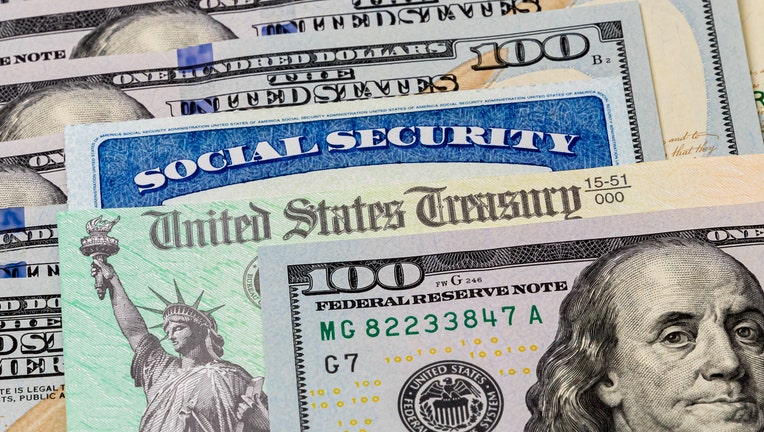 Stock image of US dollars and social security card. via Getty Images

Social Security recipients will soon receive the biggest bump to their benefits more than four decades, with the pension program poised to increase by 8.7% in 2023.

The increase, known as a cost-of-living adjustment (COLA), is the largest since 1981, when recipients saw an 11.2% jump. It will increase the average monthly benefit by about $140.

The higher payments came in response to the hottest inflation in four decades: Prices paid by U.S. consumers hovered around a four-decade high from August through October, the time period in which the COLA is calculated.

"A Social Security cost-of-living-adjustment of 8.7% is rare — enjoy it now," said Mary Johnson, a policy analyst at the Senior Citizens League. "This may be the first and possibly the last time that beneficiaries today receive a COLA this high."

Still, the decades-high benefit increase is not always good news for recipients, according to Johnson.

Higher Social Security payments are a bit of a Catch-22. They can reduce eligibility for low-income safety net programs like food stamps and can push people into higher tax brackets. More significant payments, essentially, do not necessarily result in more money in people's pockets.

Social Security benefits become taxable when half the benefit amount, plus all of your other income, including tax-exempt interest, exceeds $25,000 if you are single, head of household, or qualifying widow(er) or $32,000 if you're married filing jointly.

STILL MISSING YOUR TAX REFUND? THE IRS WILL SOON PAY YOU 7% INTEREST

Some seniors may never have owed taxes on their benefits, but that's likely to change next year when they file their tax returns. In fact, the Congressional Budget Office has estimated the share of Social Security benefits subject to tax could grow by 10% this year and another 10% in 2023. In all, total income taxes paid on that money is projected to climb by 37% this year.

On top of that, the Social Security trust fund is estimated to receive more than $45 billion from taxing benefits in 2022 — a major increase from 2021, when it raked in about $34.5 billion, according to the program's trustees.

"There can be some very long-term effects to high inflation COLAs," Johnson said. "It's like a no-win situation."

Benefit in 2022 jumped by 5.9%, which amounted to an average monthly increase of $92 for retired Americans, bringing the total amount to $1,657, the Social Security Administration announced last year.

Soaring inflation has already eroded the entirety of the increase, however, with recipients losing 46% of their buying power — or about $508 — every month for the year, according to calculations by the Senior Citizens League.

The average monthly benefit would have to increase by $417.60 for retirees to maintain the same level of purchasing power as in 2000.