WAUWATOSA -- Wauwatosa police need your help identifying the suspect responsible for a robbery that occurred at the Associated Bank in the 2600 block of N. Mayfair Road on Monday, August 3rd. 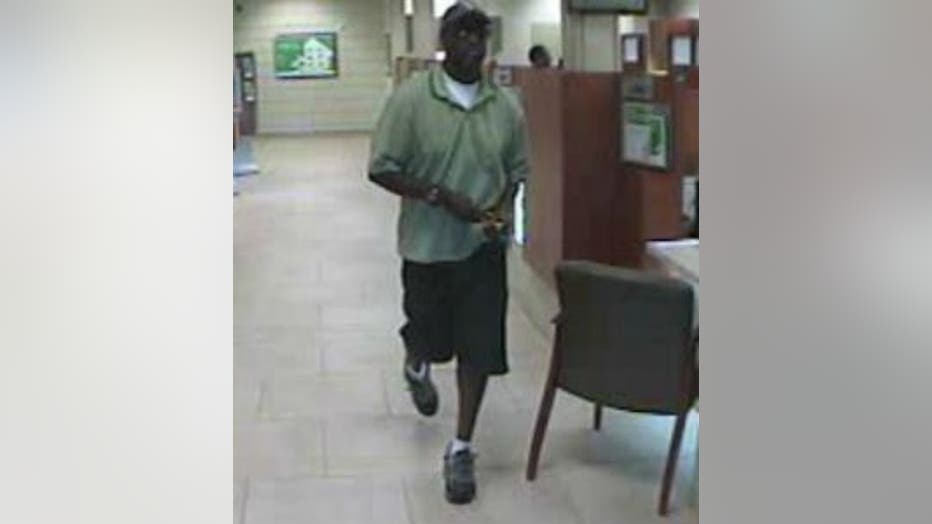 Police say an initial investigation has revealed the suspect approached a teller, displayed a black handgun and was able to obtain property before fleeing the bank.

The suspect is described as an African-American man between the ages of 40 and 45. He stands 5'7" to 5'8" tall and has a thin build and dark complexion. He was unshaven, and wearing a black baseball cap with a Chicago White Sox logo, a light green polo shirt with a white T-shirt underneath, and black shorts.