MILWAUKEE (WITI) -- The Milwaukee Police Department is asking for the public’s help in identifying a burglary suspect who is accused of stealing several items from a garage near 33rd and Burnham. The crime is suspected of happening around noon on Friday, November 7th. 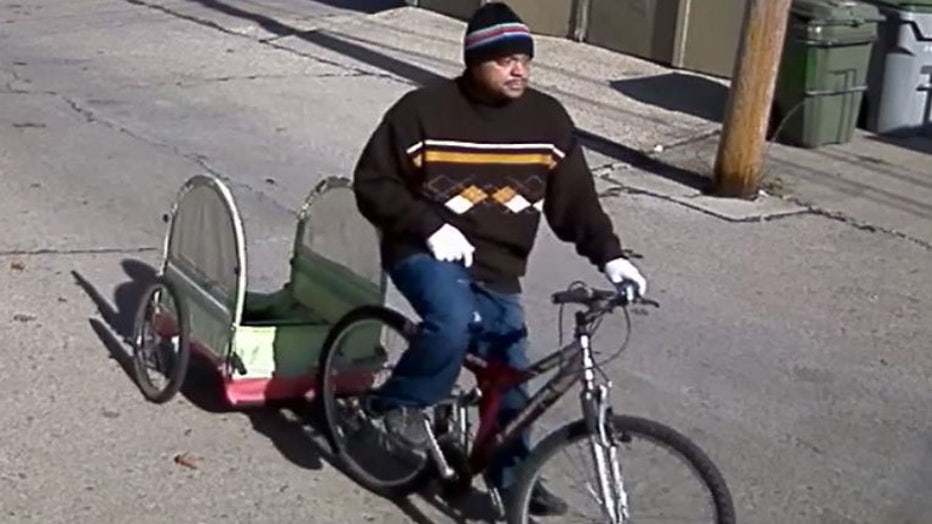 The suspect is described as a male, Hispanic, in his mid-30s, with a medium complexion. He was wearing a black winter hat with white and red stripes, a brown sweater with white and gold stripes and blue jeans. The bike was silver in color and had yellow colored side panels.